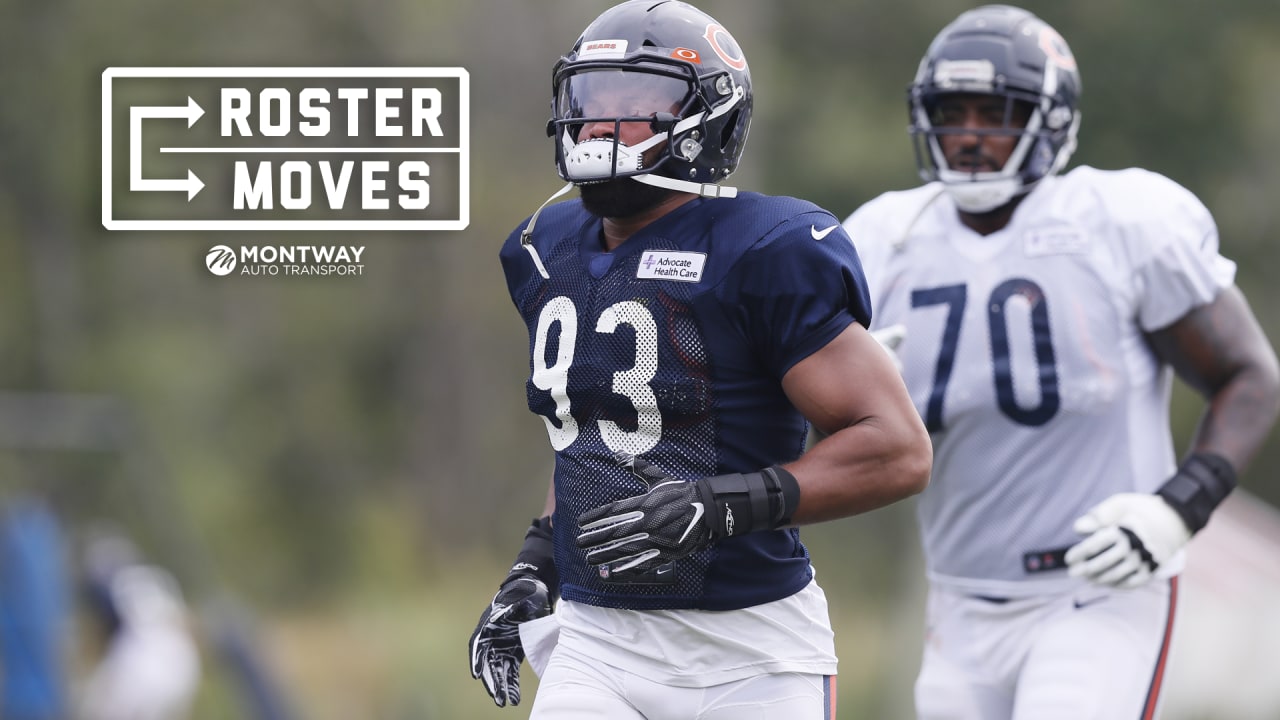 The Bears on Saturday promoted outside linebacker James Vaughters from the practice squad and released veteran tight end Bradley Sowell.

Vaughters originally signed with the Bears in January after spending the previous two seasons in the Canadian Football League with the Calgary Stampeders, appearing in 33 games and registering 50 tackles, 11 sacks and eight special teams tackles.

Vaughters made impact plays during the preseason with the Bears but did not make the 53-man roster. He was signed to the practice squad earlier this week and is expected to fill in for reserve outside linebacker Isaiah Irving Sunday against the Eagles. Irving has been ruled out of the game due to a quad injury he sustained in last Sunday’s loss to the Chargers and did not travel with the Bears to Philadelphia.

Vaughters, who was born in Chicago but grew up in Georgia, originally entered the NFL in 2015 with the Packers as an undrafted free agent. He began his rookie season on Green Bay’s practice squad but was waived after sustaining an injury in October. He has since spent time with the Patriots and Chargers but has yet to play in an NFL regular-season game.

Whose Bears record did Hall of Fame RB Walter…