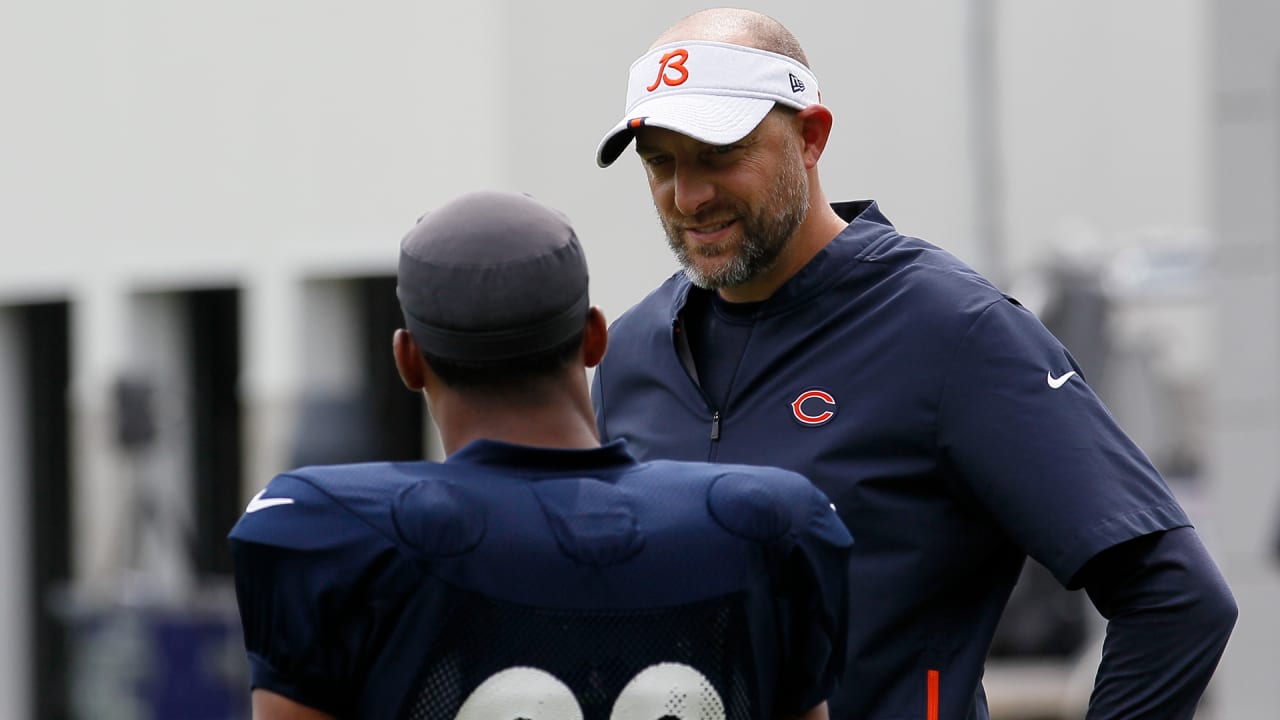 The Bears are expected to hold all of their starters and some key reserves out of Saturday night’s preseason game in Indianapolis—just as they did last Friday night versus the Giants.

“It’s going to be basically very similar to what you saw last week,” said coach Matt Nagy. “So as far as going out there with our guys, I don’t think that’s a secret to anybody.”

Nagy was criticized by some outsiders last summer when he rested his starters against the Chiefs in the Bears’ penultimate preseason game—a contest that had traditionally been viewed as a dress rehearsal for the regular season. Those questions dissipated as the Bears staged a worst-to-first turnaround, winning the NFC North with a 12-4 record.

The Bears were not only one of the NFL’s healthiest teams in 2018 but they won nine of their final 10 regular-season games for the first time since the 1985 Super Bowl championship campaign.

Nagy isn’t sure whether he’s starting a new trend; the second-year coach just knows that every NFL team has a different philosophy regarding how it handles the preseason.

“There are just some teams that feel that way, that they want to go that route and not play their guys,” Nagy said, “and there are others that want to get their guys going and play them and that’s what they’ve done for a long time.”

It appears that the new strategy is catching on. Colts coach Frank Reich had planned to play his starters against the Bears Saturday night, but he announced Wednesday that he had changed his mind and would rest most of them.

Midway through the preseason, a dozen NFL starting quarterbacks have not yet thrown a pass. The group includes the Bears’ Mitchell Trubisky, the Packers’ Aaron Rodgers, the Lions’ Matthew Stafford, the Patriots’ Tom Brady, the Saints’ Drew Brees and the Steelers’ Ben Roethlisberger.

Nagy has found creative ways to make up for the preseason reps his starters aren’t taking. The Bears held a first-of-its-kind mock-game practice last Wednesday night at Halas Hall. They simulated a game, from having players run out of a tunnel to working on special situations like red-zone, short-yardage, goal line and even sudden-change scenarios.

This week, Bears starters have stayed after practice to do conditioning drills.

“Physically, they should feel pretty good right now,” Nagy said. “You always have concern as a coach; you want to make sure that you’re conditioned for any reps that you’re not getting.

“Our guys have really handled that well. They’ve been true professionals about this whole process. They understand it, and if this is the route that we’re going to choose to go as the Chicago Bears, then they need to give us everything they’ve got in practice.”

Preserving key players isn’t the only benefit that has come with holding starters out of preseason games. It’s also enabled the Bears to evaluate their reserves against first-teamers in contests versus the Panthers and Giants.

“I think our coaching staff has handled it very well,” said Pro Bowl defensive tackle Akiem Hicks, who likely will start the Sept. 5 season opener against the Packers without having played a single preseason snap.

“They’ve made sure that the guys are getting prepared for the games that mean something when it comes time for the season. These [preseason] games mean something, but what we’re doing right now is building our team. We’re giving these young guys a lot of chances to get reps and show what they can do—put it on tape—so we know who we’ve got in our locker room.

“I think as of now we’re doing the right thing as far as our team is concerned.”