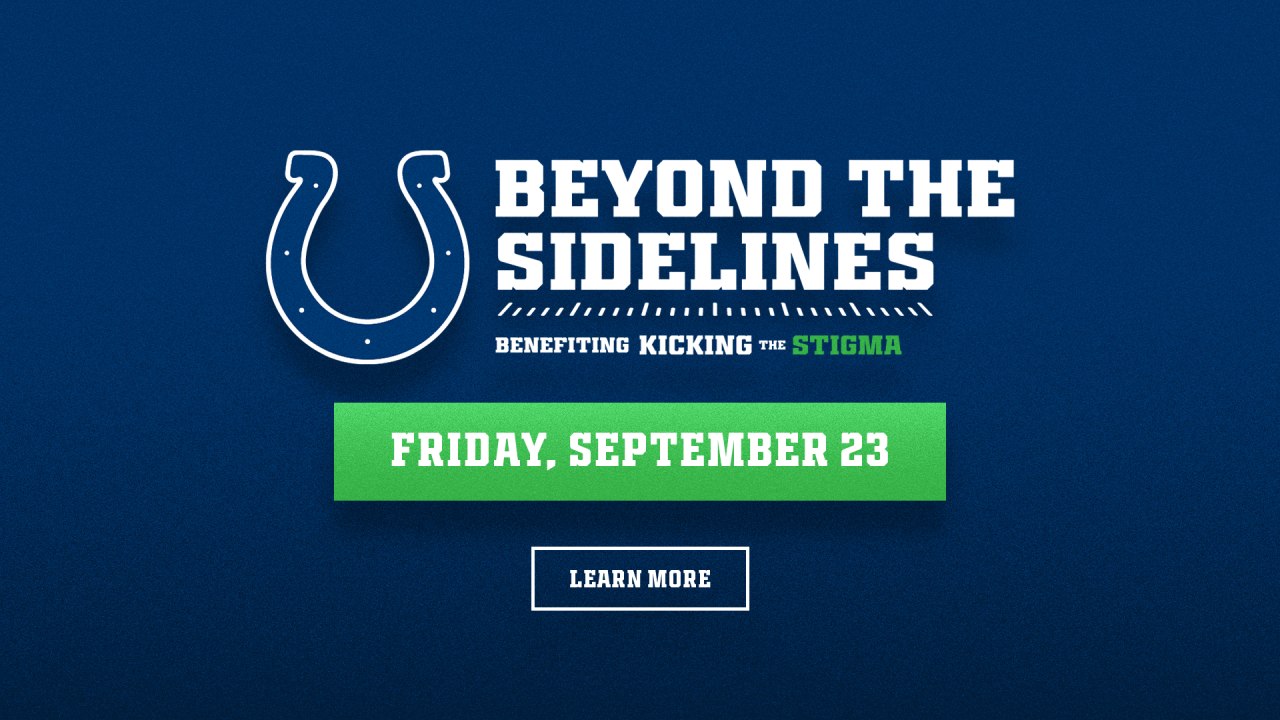 The Jim Irsay family, owners of the NFL’s Indianapolis Colts, today announced plans for Beyond the Sidelines, a Sept. 23, 2022 fundraiser to benefit Kicking The Stigma, the team’s initiative to raise awareness about mental health disorders and remove the shame and stigma often associated with these illnesses.

Funds raised will go toward the Kicking The Stigma Action Grants, which support nonprofits and other organizations, primarily in Indiana, that raise awareness about mental illness or provide mental health treatment services.

More details on Beyond the Sidelines – including the evening lineup, entertainment, auction items and other opportunities – will be announced in the upcoming weeks and months.

The Irsays launched Kicking the Stigma in late 2020. Through Action Grants, as well as personal donations by the Irsays, more than $16 million has been committed to local and national organizations to expand treatment and research and raise awareness in Indiana and beyond.