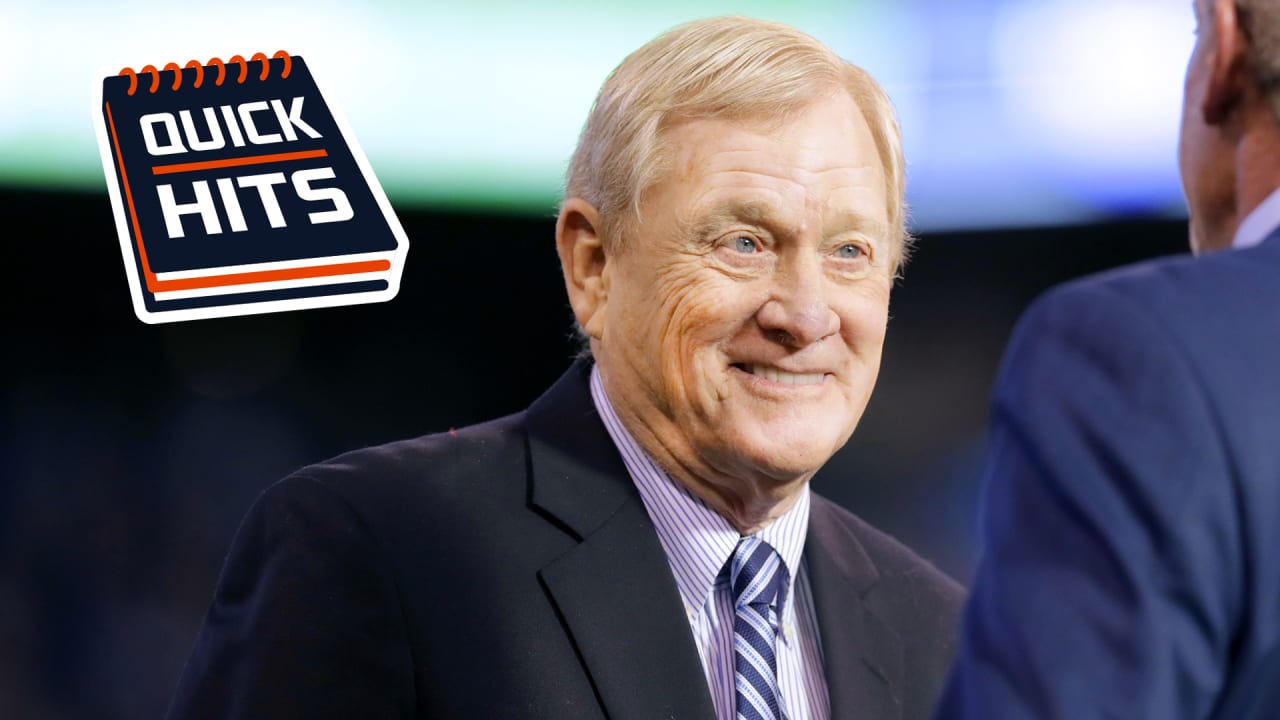 “We have a great resource available to us and we’re going to take great advantage of that resource,” Bears Chairman George H. McCaskey said of Polian. “I expect that there will be vigorous discussion and debate after we interview each candidate.

“I was struck in our earliest conversations with Bill how very much on top of the game he is, and even on our situation. When we called him out of the blue, he was asking us detailed questions about our roster, about our injury situation with particular players. He was very much up on the game in general and the Bears’ situation in particular. So, I think we’ll be in good hands leaning on Bill to help us make this decision.”

One enticement of becoming Bears general manager or head coach is the presence of promising young quarterback ﻿Justin Fields﻿. Every candidate no doubt will be asked about their plans to develop the 2021 first-round pick.

“That’ll be part of the challenge,” McCaskey said. “With any general manager or head-coaching candidate, we want to know what their plan is for the most important position on the field: how they would utilize Justin, who they would have coaching him, what players would they surround him with, how are they going to maximize his potential to lead the Bears to success?”

In his first season with the Bears, Fields showed flashes of the dual-threat ability he displayed at Ohio State but also committed rookie mistakes—like holding onto the ball too long—that he must eliminate.

After making eight straight starts from Weeks 3-11, he missed five of the final seven games due to cracked ribs, an ankle injury and being on the COVID-19 list.

McCaskey explained why he didn’t relieve Pace and Nagy of their duties a year ago after the Bears finished 8-8 for the second straight season.

“At the end of the 2020 season, we had a decision to make,” McCaskey said. “Matt’s won-loss record was well above .500 and we had been to the playoffs two out of three seasons, but with zero playoff wins.

“We felt that Ryan and Matt had earned the opportunity to improve upon the results of 2019 and 2020, [and] that continuity was the best route to positive results. Unfortunately, it didn’t work out. Over four seasons, we beat the teams we were expected to beat. Too often, though, we didn’t beat the better teams and you have to do that to excel in this league.”

“Usually, those are season-enders,” McCaskey said. “I admire the way our guys stuck together, didn’t point fingers. But at some point, the general manager and head coach have to come up with a way to snap us out of a losing streak before the season is ruined.”

Asked about specific instances that led to his decision to dismiss Pace and Nagy, McCaskey selected two: 1) The Bears not scoring their first touchdown of the game until time expired in a 2020 playoff loss to the Saints and a 2021 defeat to the Vikings; and 2) ﻿Jaylon Johnson﻿ failing to touch down a receiver on the ground in the season finale, repeating a mistake that ﻿Eddie Jackson﻿ and ﻿Tashaun Gipson Sr.﻿ had made in the season opener.