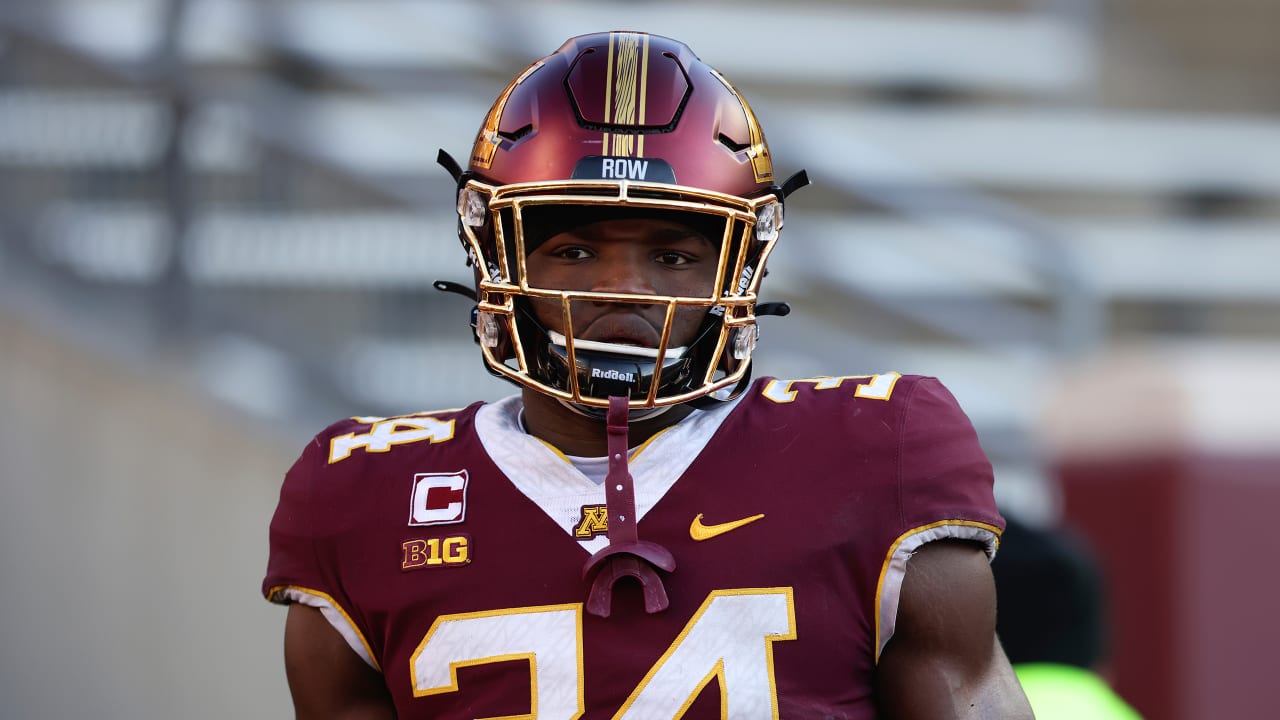 Waletzko played 30 games for the Fighting Hawks, bouncing back from a season-ending injury in 2019 as a sophomore.

Media named Mafe to the All-Big Ten Second Team, and coaches placed him on the Third Team in 2021 as he wrapped his senior season by starting nine of 13 games and leading the Gophers with 10 tackles for loss and 7.0 sacks.

In addition to being joined by a Minnesota native, Mafe also has been able to take the field this week with Gophers teammate Daniel Faalele. The Australian checked in at 6-foot-8 and 387 pounds during his official weigh-in.

During a group interview Wednesday morning, Faalele said he wanted to show “I can play at the next level and hold my own” and for scouts “to see my strength, power and explosiveness.”

“It’s definitely a whole new thing for me,” Faalele said. “There’s new techniques, schemes and plays that I’m trying to learn. I’ve been able to hold my own.”

Faalele said he’s been inspired by the success that Jordan Mailata has experienced with the Eagles.

“I don’t have any connection to him or a relationship. When I was at IMG [Academy], I left after my senior year in 2018 and he started his pre-draft process after I left, so I just missed him,” Faalele said. “It’s definitely motivational, inspiring that he came from a similar background, a rugby background. Seeing his success has definitely been inspiring.”

Mafe said he was surprised that Gophers Head Coach P.J. Fleck traveled to Mobile and watched practice Tuesday. He and Faalele will don their Maroon and Gold helmets for one more game Saturday.

“I thought the last time was going to be the bowl game, but wearing it here one more time is nice,” Mafe said. “Seeing him again surprised me. They didn’t know he was down here. I was in the locker room and someone said they saw my coach outside. I was like, ‘Really? No way he’s down here,’ and then I walked outside and saw him.”