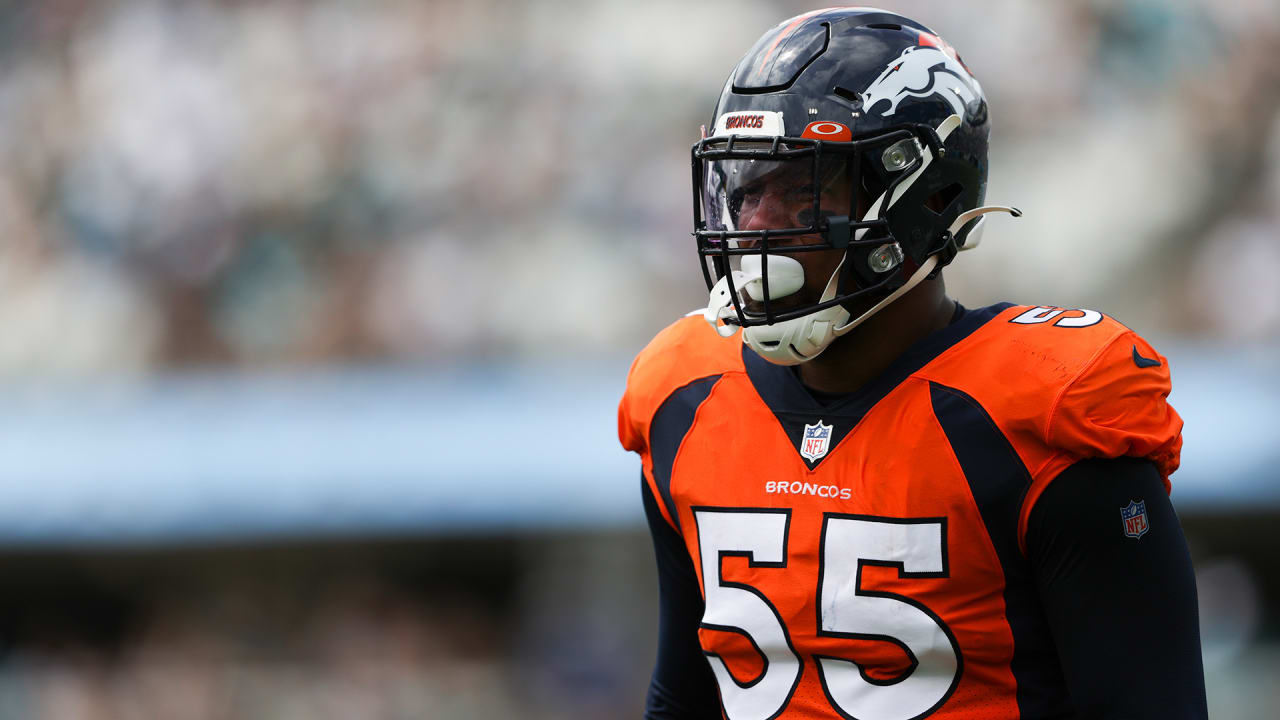 ENGLEWOOD, Colo. — The Broncos will be without Pro Bowl outside linebacker Bradley Chubb for the foreseeable future, but he remains hopeful that he can return before the end of the 2021 season.

Chubb will undergo arthroscopic surgery on his left ankle to remove a bone spur on Wednesday, and the Broncos will have a clearer timetable for his return following the procedure.

Chubb, who suffered the injury about three weeks ago, worked with the team’s medical staff and outside consultants to take a conservative approach in managing his injury ahead of Denver’s last game. Chubb sat out the Broncos’ Week 1 game against the Giants before returning against the Jaguars, but he exited the game late in the second quarter after trying to rush the quarterback despite the discomfort.

“I did everything I could to manage it and to try to come back and play,” Chubb said. “I took the New York week … trying to calm it down just a little bit, and then this Jacksonville week I tried to do everything to get back on the field, and unfortunately, all those things weren’t working in my favor. The thing [to do] is now just to go in, clean it up and be right back.”

Chubb said whenever he attempted to turn the corner on a pass-rush move, he felt a “stab-type pain” and that he didn’t feel like himself.

Chubb said the injury bothered him during the first quarter of the game against the Jaguars, but he pushed through the discomfort. When he was forced to exit the game before halftime, he was visibly upset on the field and on the sideline.

“I was frustrated on the sideline, throwing my hands down, throwing my helmet down, just because I know that this team is a special team,” Chubb said. “We’re 2-0 … and I know these guys are doing everything they can to keep that win streak going. I just wish I could be a part of it. But I know I’m going to be back on the back end of it and making that playoff push. I’m excited about that.”

Part of Chubb’s frustration stems from his desire to be part of a winning team after three consecutive losing seasons to begin his career.

“This team is special, and I want to be part of something special,” Chubb said. “These past couple years haven’t been going our way in the win column, and I feel like we’re starting to change that. We’re starting to get over that hump, and not being able to be there is going to be very frustrating. … Just being on the back end of it, knowing I can come help this team make that push for the playoffs or help us get those playoff wins, it’s going to be fun. I know those guys are locked in to do everything to make that playoff run and I’m going to be right there with them.”

Chubb said the injuries he’s suffered over the previous three seasons have also played a role in his disappointment. The 2018 fifth-overall pick posted 12 sacks as a rookie — setting a franchise rookie mark — before missing 12 games in 2019 with a torn ACL and two games in 2020 with an injured right ankle. Chubb then underwent offseason arthroscopic surgery ahead of the 2021 campaign to remove a bone spur from his right ankle. Chubb underwent the surgery in May and returned to the practice field in early August.

“Just going through the ACL a couple years ago and then the offseason surgery on my other ankle, it gets frustrating because I feel like I’m doing everything I can,” Chubb said. “I feel like I’m doing everything I can. But one thing my mom and dad told me is just [to] keep that faith in God, keep trusting in God, because he doesn’t make mistakes. He does all this stuff for a reason. The reason might not be known now, but it’s way bigger than I’ll ever imagine. I’m so excited to get back on this journey just to feel like myself again in these next couple weeks and just real excited to just help this team get to that playoff push, and I’m going to be in the background helping with those young guys like ‘Coop’ [Jonathon Cooper] and ‘Dre’ [Andre Mintze] and doing whatever I can to get those guys going and playing at a high level so that we’re not missing a beat when I’m not on the field.”

Chubb said he will “attack [rehab] 100 percent every day” to return to the field “sooner rather than later.” And when he does, he expects to improve upon an impressive 2018 season that showed what the 2020 Pro Bowler can do when healthy.

“When this thing’s healed up, I expect to see a whole new Bradley Chubb, a whole new animal, a whole new dog,” Chubb said. “I feel like 2018 was like my full year healthy, and I feel like when I get done with this, it’s going to be 10 times that. I’m really excited just to see everything that comes full circle.”