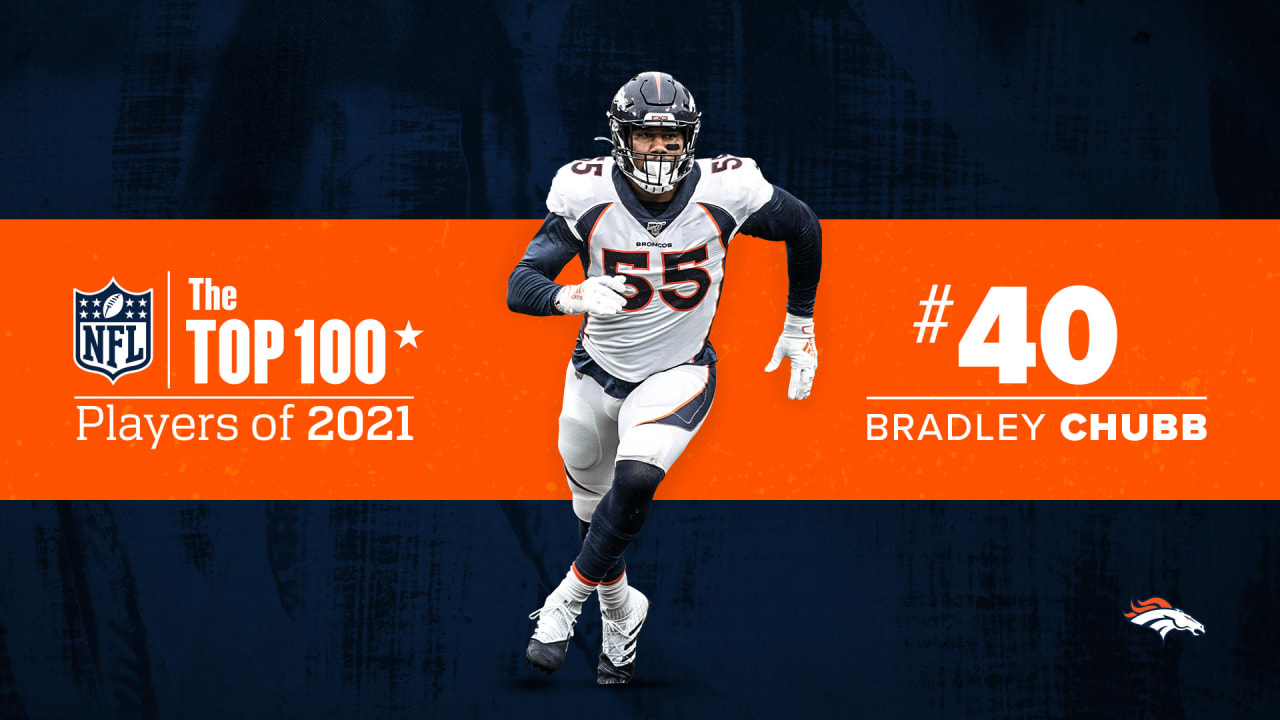 ENGLEWOOD, Colo. — For the second time in his career, Bradley Chubb has been selected to the NFL Top 100.

Chubb was named the 40th-ranked player on the 2021 list, the NFL revealed Sunday.

The former fifth-overall pick joins Justin Simmons (No. 45) and Garett Bolles (No. 82) as the Broncos on this year’s player-chosen rankings. Chubb is the highest-ranked Bronco on this year’s list.

Chubb posted 7.5 sacks and one forced fumble in 2020 as he earned his first career Pro Bowl nod.

Chubb previously earned a spot on the list in 2019, when he was named the 82nd-best player following his 12-sack rookie season.

The fourth-year player will aim to better his spot this year, as he returns from offseason ankle surgery. Chubb recorded a sack on Saturday against the Seahawks in his first game action since December.

Chubb ranked ahead of several star players on this year’s list, including 2020 Defensive Rookie of the Year Chase Young.