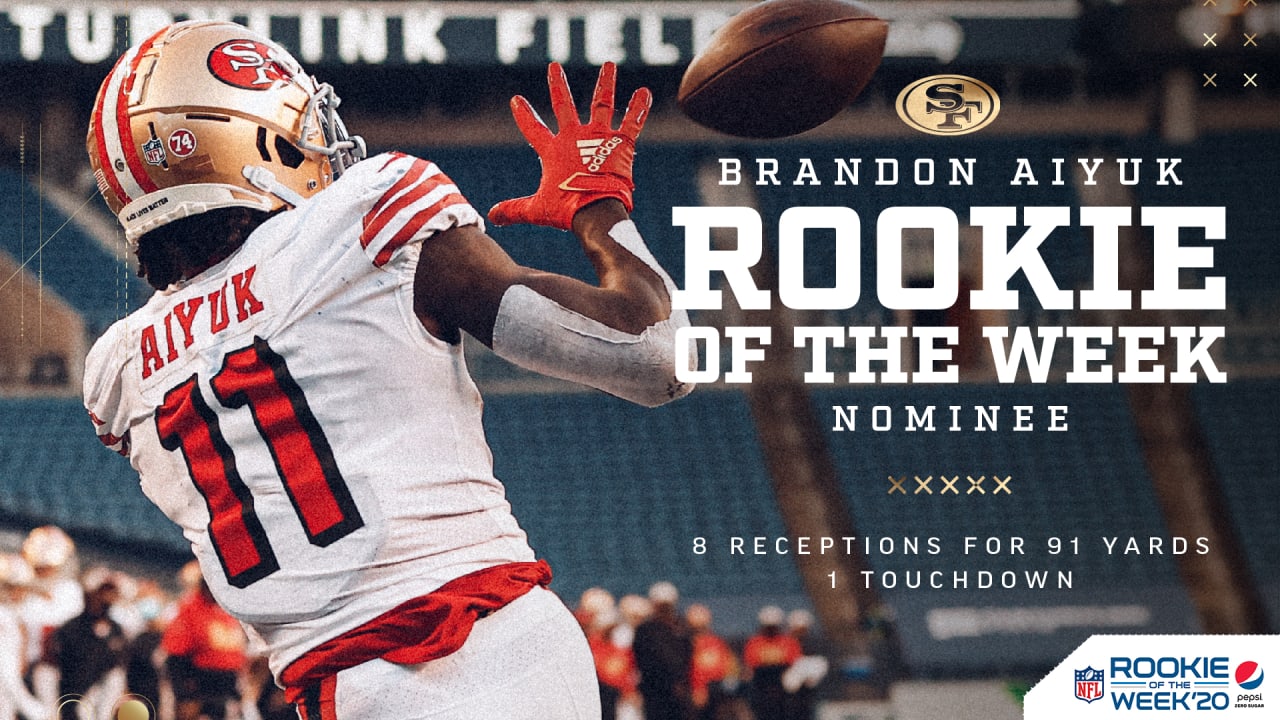 For the second time this season, ﻿Brandon Aiyuk﻿ has earned a nomination for the Pepsi Zero Sugar NFL Rookie of the Week. Aiyuk was a bright spot in the 49ers offense in Week 8, leading the team with 91 yards, while catching eight of his 11 targets, including one for a touchdown.

The rookie posted three catches of 17 yards or more, including a 33-yard deep pass from ﻿Nick Mullens﻿, San Francisco’s longest play from scrimmage on the day.

His first nomination came after his team-leading 101-yard and one-touchdown performance against the New York Giants in Week 3.

Fans can vote for Aiyuk at NFL.com/Voting/Rookies through Friday at 12 p.m. PT. The Pepsi Zero Sugar NFL Rookie of the Week will be announced Friday on NFL Total Access on NFL Network and on NFL.com.