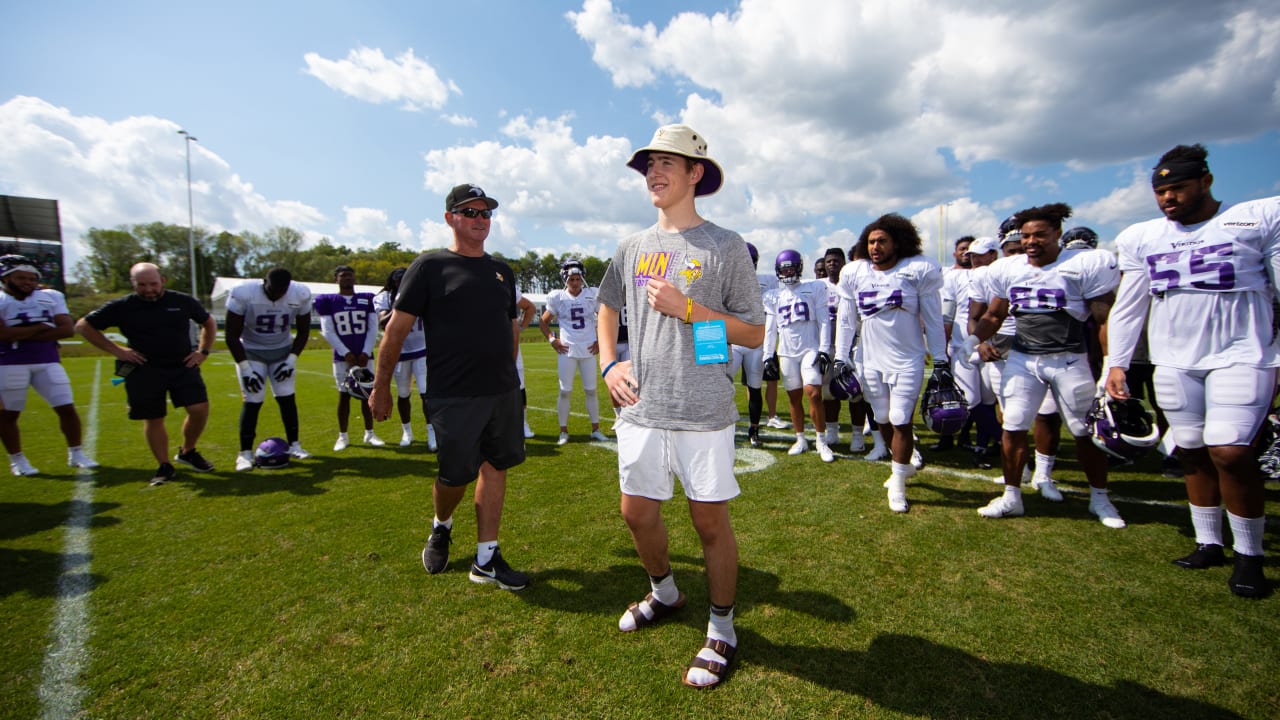 The experience with Cap was just a portion of how the Mike Zimmer Foundation plans to give back to young patients and their families. Corri Zimmer-White, who runs the foundation, explained that the partnership will involve hospital visits, hosting a couple of other families for training camp and games, and a monetary donation from the foundation.

Zimmer emphasized the importance of supporting individuals going through difficult life situations and added that he’s proud of the team for consistently pitching in, as well.

“The players love when a young guy comes out here and they can lift him up a little bit,” Zimmer said. “We just want him to know that we’re behind him, and he’s not fighting this alone.”

Zimmer, who spent three months in Children’s Memorial in Chicago as a youngster, specifically appreciates the foundation’s relationship with young patients in the Twin Cities.

“To be able to give back to these kids, to get them out of the hospital for a little time, to get them where they know that we care, that’s the biggest thing – we want to let people know we care,” Zimmer said.

The sentiment is not taken for granted by Cap or his parents.

Dave spoke highly of Children’s Minnesota, the Ronald McDonald House and the Mike Zimmer Foundation, who have all provided support systems that he doesn’t know what he would do without, and he said that a visit to Twin Cities Orthopedics Performance Center offered a chance to re-energize.

“It’s very heavy when you go through something like this, and just to be able to have moments that break it up, they mean the world to people and families in this situation,” Dave continued. “Otherwise, you just sit and live in your own head and your own fears, and it’s an absolute breath of fresh air.”

Prior to their visit, Dave did some research on the Mike Zimmer Foundation and came to realize that it was established in the memory of Zimmer’s wife, Vikki, who passed away unexpectedly in 2009.

“She had a passion for children’s hospital, and I can just tell that Coach Zimmer has continued to carry that forward with his wife in mind,” Dave said. “I can tell that Coach has a big heart and that he really does care about kids like Cap and trying to make their days better. He absolutely does that by providing these types of experiences for kids, and our family is in a debt of gratitude to him for doing that.

“There’s a bigger purpose to what [the Vikings] are doing,” Dave said. “I believe that, and I’m grateful for it.”