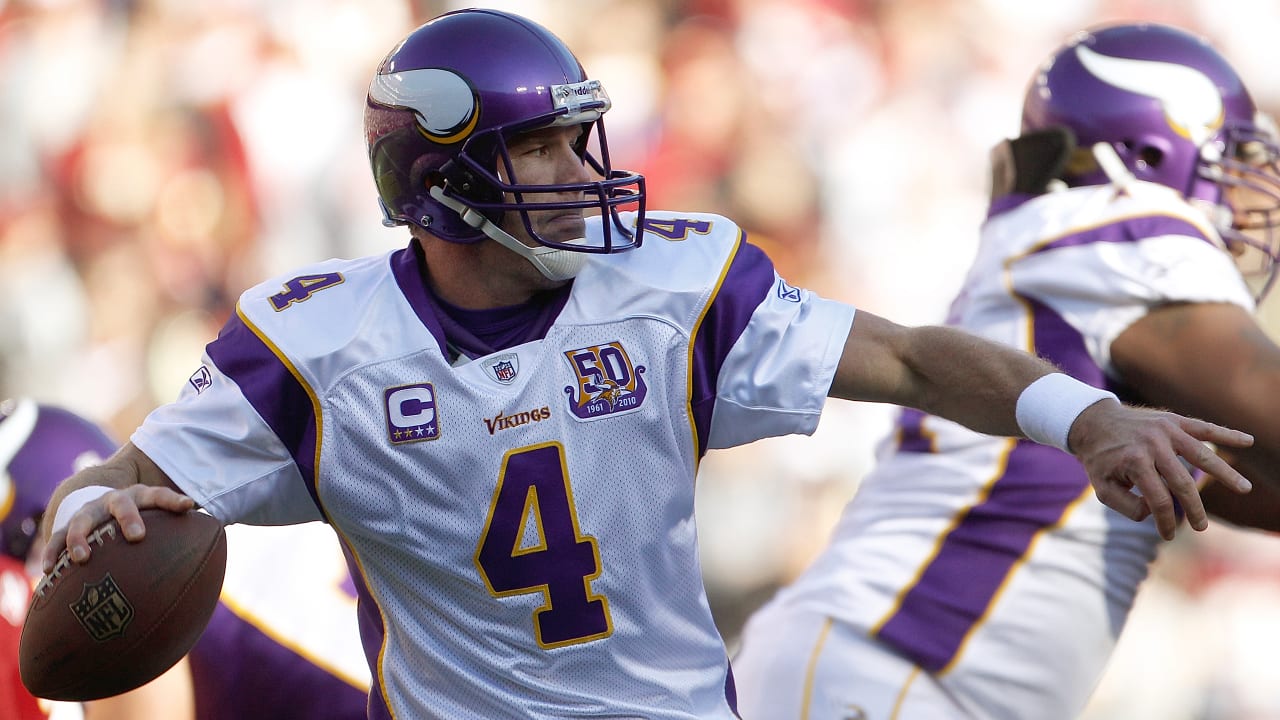 Kerr, who ranked Cunningham sixth on his list, said the quarterback was simply on fire the following season in 1998.

The 1998 season was Cunningham’s best in the NFL, as he threw for 3,704 yards and 34 touchdowns to just 10 interceptions to lead the Vikings to a 15-1 record. Cunningham threw four touchdown passes in four separate games and led the NFL with a 106.0 passer rating, earning First-Team All-Pro honors at the age of 35. He threw for 505 yards and five touchdowns in two playoff games, but the Vikings were shocked in overtime by the Atlanta Falcons in the NFC Championship Game.

Cunningham never recaptured that 1998 magic and lost his starting job in 1999, but played three more years as a backup quarterback. He signed a one-day contract to retire with the Eagles in 2002. Cunningham threw for 7,102 yards and 57 touchdowns to 29 interceptions following his return.

Hall of Fame quarterback Otto Graham topped Kerr’s list. Graham retired after leading the Browns to the 1954 NFL championship, only to come back for the 1955 season and win yet another title.

Gary Kubiak will be the fifth different person to call the Vikings offensive plays since the start of the 2016 season, but there’s no doubt he’s been the most successful of that bunch.

Kubiak served as the team’s assistant head coach/offensive advisor in 2019 while Kevin Stefanski was the offensive coordinator. But with Stefanski now the Browns head coach, Kubiak is back in a familiar role.