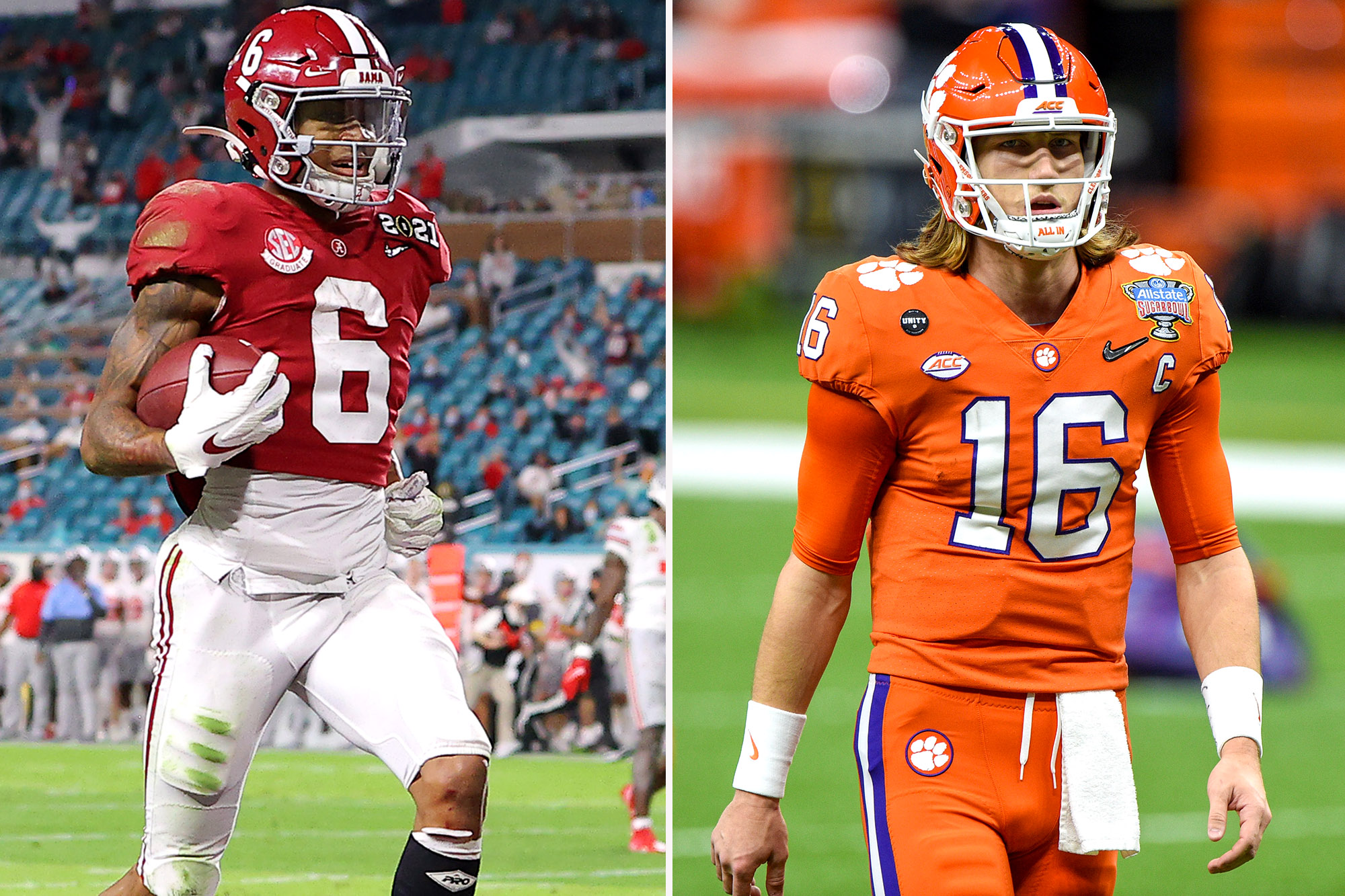 In a Jets dream world, Brett Favre is a key Jaguars executive.

The Packers legend opined to TMZ recently that he thinks Jacksonville should pass on Trevor Lawrence with the No. 1 pick.

“The last two games I’ve watched this guy play, I mean, I’m blown away with how good — knowing that teams know that he’s going to get the ball — and he dominates. I think you go with a guy like that.”

The Heisman-winning Smith will absolutely be one of the first names called in the 2021 NFL Draft in April – just not the first. And Smith did dominate the college football playoffs, pulling in 19 catches for 345 yards and six touchdowns as the Crimson Tide romped Notre Dame and Ohio State.

But Lawrence has long been considered the jewel of this draft class. The Clemson star is projected to go No. 1 by every reputable mock draft in the country.

“Nothing against Trevor Lawrence, but I think you can find a free agent guy, or a guy in the latter rounds or a mid-rounds in the draft… But you just don’t find a guy like [Smith. He] could be a Jerry Rice. He could be — different — but a Randy Moss,” Favre, who played one season for the Jets, said. “A total game-changer. But again, a different style of player. Just an incredible player.”

The Jets could consider going with Smith at No. 2, or one of the other quarterbacks. Most have Ohio State’s Justin Fields as the second quarterback in the draft, while some favor BYU’s Zach Wilson.

Jets’ Vinny Curry happy to be back after spleen,…

Mike Westhoff pulls no punches about key Jets in…