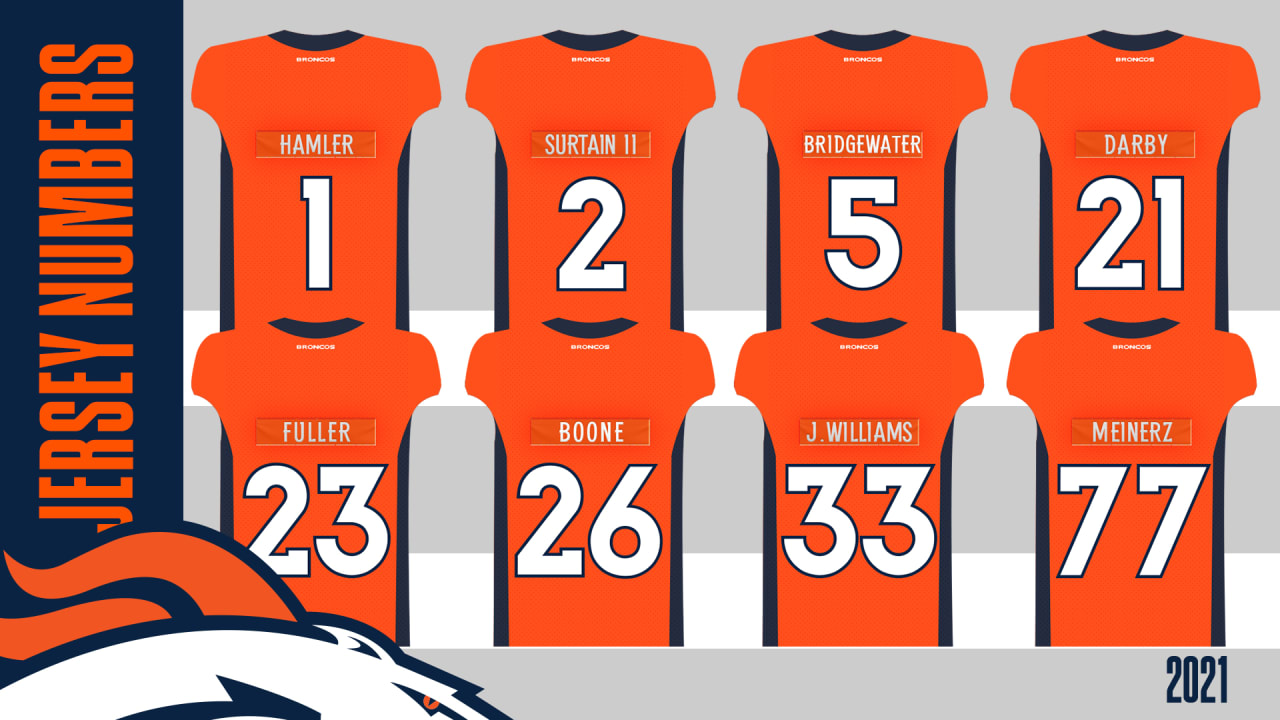 Several Broncos will take advantage of that new rule in 2021.

First-round pick Pat Surtain II will wear No. 2, the number that he sported at Alabama, while wide receiver KJ Hamler will switch from the No. 13 jersey he wore as a rookie to No. 1, the number he donned in college at Penn State.

Wide receiver Kendall Hinton will switch from the No. 2 jersey he wore last year to No. 9.

Quarterback Teddy Bridgewater, whom the Broncos acquired in a draft-week trade, will also stick with his single-digit number. Bridgewater has worn No. 5 dating back to high school, and he’ll continue to don the number in Denver.

While Bridgewater was previously allowed to wear a single-digit number, Surtain, Hamler and Hinton will all benefit from the rule change that will allow running backs, tight ends, fullbacks, wide receivers, defensive backs and linebackers to wear Nos. 1-9.

Wide receiver Jerry Jeudy and Bradley Chubb will remain in their No. 10 and No. 55 jerseys, respectively.

Surtain was not the only new addition to the Broncos’ secondary to choose his number. Ronald Darby will wear No. 21, while Kyle Fuller will don No. 23. Second-year cornerback Michael Ojemudia will switch from No. 23 to No. 13.

Running back Mike Boone, who also joined the Broncos in free agency, will wear No. 26. His new teammate in the backfield, second-round pick Javonte Williams, will sport No. 33.

A full list of the Broncos’ new jersey numbers can be found below:

All jersey numbers are subject to change ahead of the start of the 2021 regular season.

Tags: broncos no will