ENGLEWOOD, Colo. — The team purged payroll, let well-known players walk in free agency, got younger — a lot younger — suffered plenty of short-term pain and put their faith and offseason plan in the idea of a young quarterback who could eventually snap it all into place.

And we’re not talking about the Miami Dolphins.

Sure, the Dolphins did all of that in 2019 when they used a record 84 players along the way, launching innumerable tanking for Tua headlines. But when the Dolphins arrive in the Rockies this weekend to play the Denver Broncos (4:05 p.m. ET, CBS), they will find a team that, without nearly as much fanfare, purged payroll, got significantly younger and constructed an offseason plan around a young quarterback they still hope can help make it right.

The Broncos actually did one of the league’s most extensive scrape-offs in 2020. Add in a pile of injuries to some of their most prominent veteran players and the Broncos now have a roster with 23 first- or second-year players on it, including six players who are 22 or younger, with wide receiver KJ Hamler having just turned 21 in July.

They are now 3-6 with second-year quarterback Drew Lock leading the way.

“That’s the thing when you’re dealing with young players,” said Broncos offensive coordinator Pat Shurmur. “It can be a very painful process. We are not patient people by nature, but we understand as teachers that you just have to keep going through it and at the end of the next game say, ‘Hey, listen, did you do two things better and two things not bad?’ and I think that’s what we’re trying to get with them.”

The Dolphins enter Sunday’s game 6-3 and are riding high behind rookie quarterback Tua Tagovailoa. The “tanking” Dolphins actually finished 5-4 over their final nine games in 2019. Add that to this season’s start and they are 11-7 since their Nov. 3, 2019, win over the New York Jets.

They finished strong in 2019 after electing not to re-sign former Pro Bowl selections such as Cameron Wake and Josh Sitton, and after trading quarterback Ryan Tannehill to the Titans and offensive tackle Laremy Tunsil and wide receiver Kenny Stills to the Texans. They then used 10 picks in the 2020 NFL draft — three in the first round — including the No. 5 overall pick on Tagovailoa.

Nine of those draft picks are on the current roster — Curtis Weaver, a fifth-round pick, was waived earlier this season — and the Dolphins also signed a pile of free agents this past offseason to the tune of $235 million worth of contracts.

“We dealt with a lot of adversity,” said Dolphins coach Brian Flores. “I really think when you deal with defeat, when you deal with disappointment — again, it either breaks you or makes you stronger, and I think this team got stronger. And I think early in the season, when a lot of people thought we were broken, we were actually building and strengthening as a team. That’s really what, to me, the one thing that I was very, very pleased with. And I don’t think a lot of people knew that was happening.” 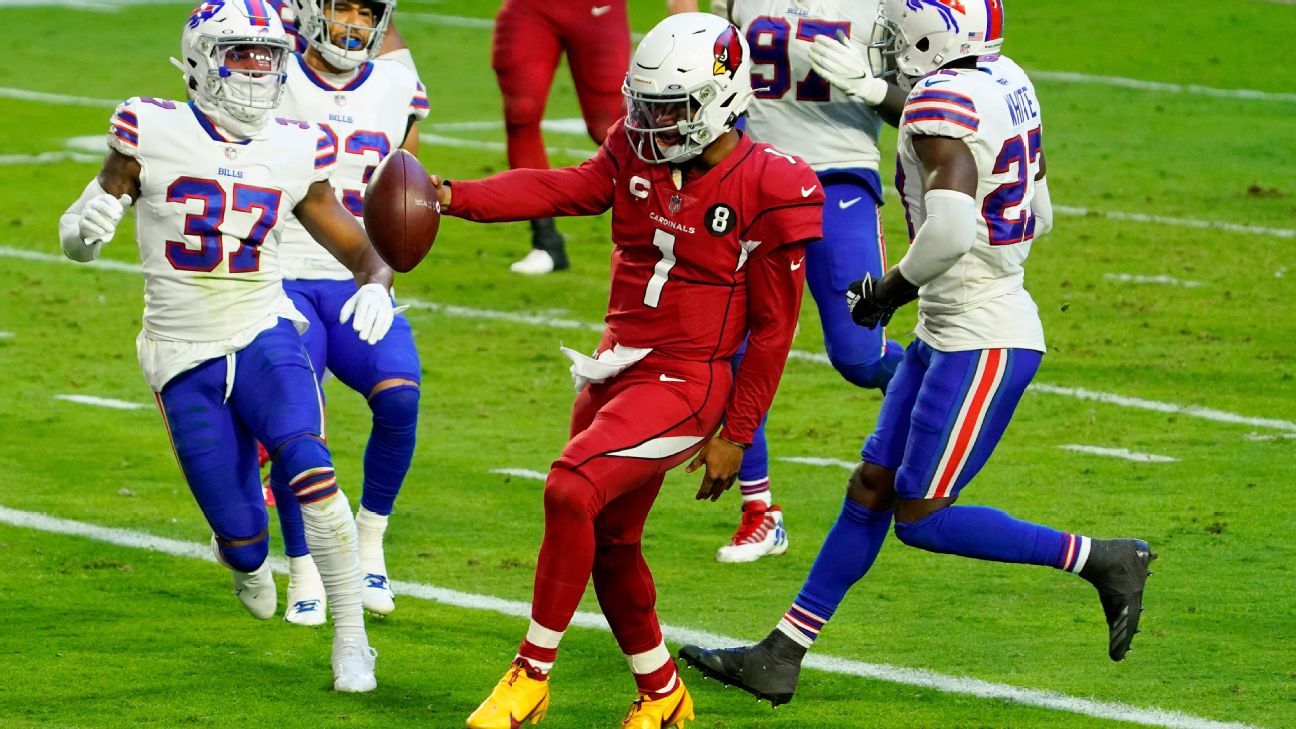 Here’s how the postseason bracket looks at the moment and what scenarios lie ahead. Playoff Picture (ESPN+)

Enter the Broncos, who did not re-sign nine players this past offseason who had started games for them in the past, including a four-time Pro Bowl selection in Chris Harris Jr. They project, at the moment, to be one of the top eight teams in the league in terms of salary cap room in 2021, even if the cap is at $175 million per team due to lost revenues leaguewide in the pandemic. The Broncos currently have nine picks for the 2021 draft.

Now with wide receiver Courtland Sutton on injured reserve, Denver has the youngest collection of skill-position players in the league.

“I just feel like you saw young guys everywhere when we opened camp,” said Broncos linebacker Von Miller earlier this season. “It’s a lot of change and they’re good young guys, like real young. I’m not even talking about guys like [third-year linebacker Bradley Chubb], who is young, but really young and it will come together with the guys we have. It will come together.”

With the team’s fifth consecutive playoff miss looming, the question is whether the Broncos can show anything close to the progress the Dolphins did during last year’s holiday season.

Much of that will fall on Lock, who is battling an injury to his ribs at the moment that may keep him out of Sunday’s game. That’s in addition to a turnover slump for the young QB since he returned from a shoulder injury in Week 6. Lock has thrown 10 interceptions in the past six games — six in the past nine quarters he’s played — putting the Broncos last in the league.

The Broncos are 26th in total offense, 28th in scoring, 22nd in rushing, 27th on third down, 28th in the red zone and worst in interceptions per pass attempt.

Tom Brady fires off funny tweet, and it’s peak off…