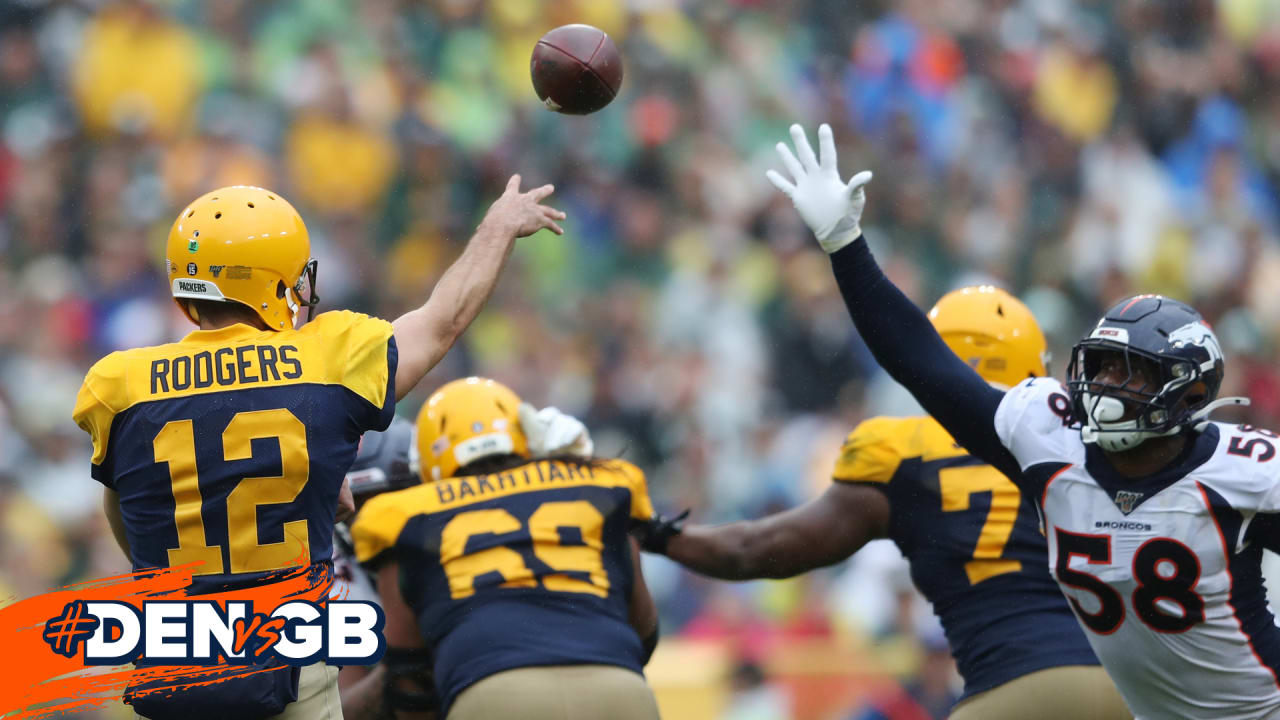 “We’re 0-3,” Fangio said. “That’s our record. That’s a fact. I do see a lot of good out there, but not enough. We’re not doing enough good things that the good teams that win do.”

That was evident on both sides of the ball during Sunday’s 27-16 loss to Green Bay.

On offense, the Broncos rushed for 149 yards, picked up 20 first downs and converted 53 percent of their third downs. They got big plays from both Phillip Lindsay and Courtland Sutton and scored touchdowns on two of their three red-zone chances.

Defensively, the Broncos held Aaron Rodgers below a 50 percent completion percentage for much of the game, recorded five tackles for loss and set up repeated third-and-longs.

But, as Fangio mentioned, that wasn’t enough.

The Broncos recorded no sacks against Rodgers and allowed Flacco to be sacked six times. Denver’s defense forced zero takeaways, but Flacco and Noah Fant combined for three turnovers. On the first drive of the game, Rodgers threw for a 40-yard touchdown after the Packers got a free play when Denver jumped offsides. Diontae Spencer returned a kickoff 60 yards to the Green Bay 43-yard line — and the Broncos promptly went three-and-out.

No sequence was as emblematic of their successes and shortcomingsas one at the end of the first half. Royce Freeman scored an 18-yard touchdown, only to have it called back because of a holding call on Emmanuel Sanders. The Broncos kicked the field goal to tie the game at 10 and then got a stop on defense.

With 2:27 remaining, the Broncos had the ball at their own 18-yard line with a chance to take the lead. Slated to get the ball when the second half began, Denver had the opportunity to shift the outcome of the game.

On first-and-10, though, that changed. Preston Smith blew past Elijah Wilkinson and strip-sacked Flacco.

“Obviously those things hurt,” Flacco said. “They’re simple things. We’re dropping back to throw a five-step go route to Courtland, and [they get a] strip sack and you give them the ball inside the 5-yard line.”

The Broncos’ defense, faced with a sudden-change scenario, gave up a touchdown two plays later and the Packers never relinquished their lead.

Flacco maintained that the game didn’t end after that turnover, as the Broncos cut the Green Bay lead to eight in the third quarter. It did, however, showcase just how close Denver is to success — and how that doesn’t matter much without the ability to capitalize.

Von Miller, who leads a defense that is without a sack or takeaway through three weeks, understands that almost isn’t good enough.