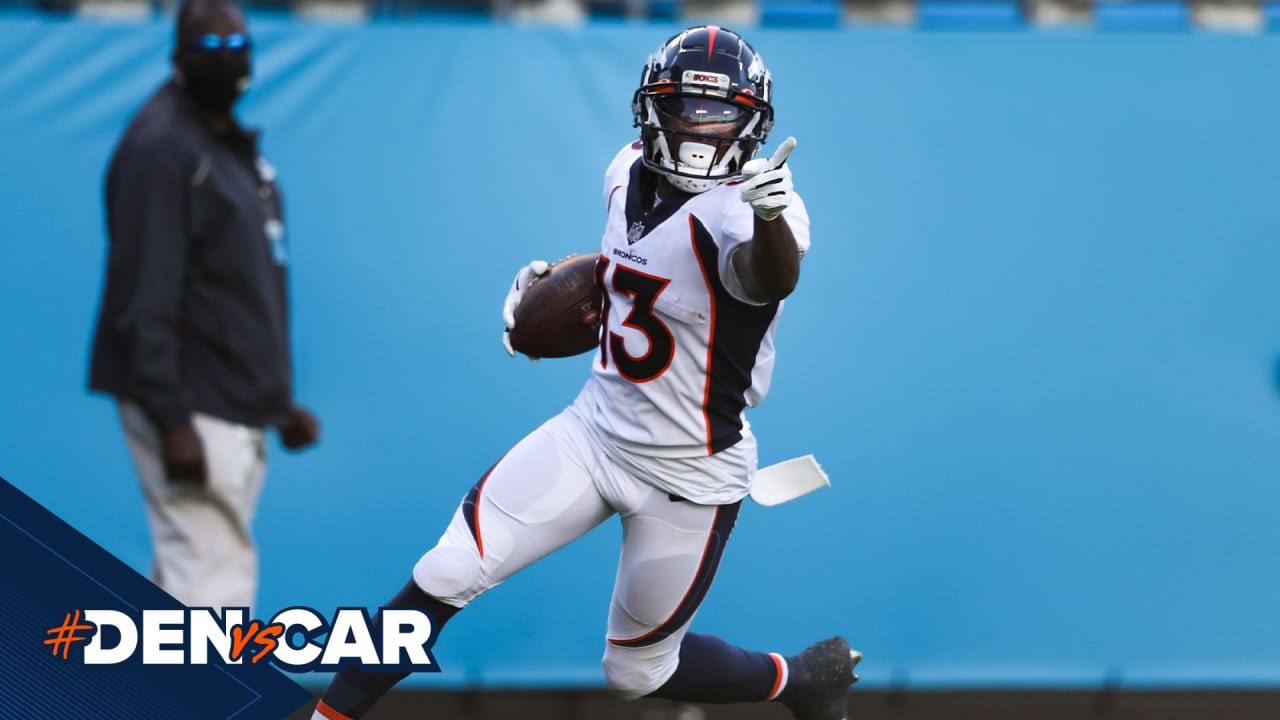 The special-teams units — Diontae Spencer’s punt return TD in Sunday’s win not withstanding — have had plenty of migraine moments this season, likely more than that rating indicates. But this team’s fortunes have fallen the hardest because of an offense that has turned the ball over far too often and scored touchdowns too few times.

How could you not love the play call by Broncos offensive coordinator Pat Shurmur, who dialed up a deep shot to KJ Hamler to ice Sunday’s 32-27 win over the Panthers? Running the ball to burn clock served as the logical strategy, but the Broncos instead put their faith in Drew Lock, who responded with his fourth touchdown pass of the day. It was a dream opportunity for Lock, a born gunslinger who lives to throw deep. Lock’s second season has been a disappointment on balance, but a hot finish can only help in what will be another offseason of scrutiny at the quarterback position in Denver.

The good version of QB Drew Lock was on display in the victory over the Panthers. Unfortunately, there’s no way to know from week to week if that version will show up. Coach Vic Fangio deserves some credit for holding things together this season. He has not complained about some of the competitive issues the Broncos have faced because of coronavirus-related matters and simply has tried to do the best with whatever has been available to him.

Twenty-one completions on 27 attempts for 280 yards, four touchdowns, no interceptions and a passer rating of 149.5.

That, folks, is the stat line for a franchise quarterback. It’s also what Drew Lock did Sunday in Carolina.