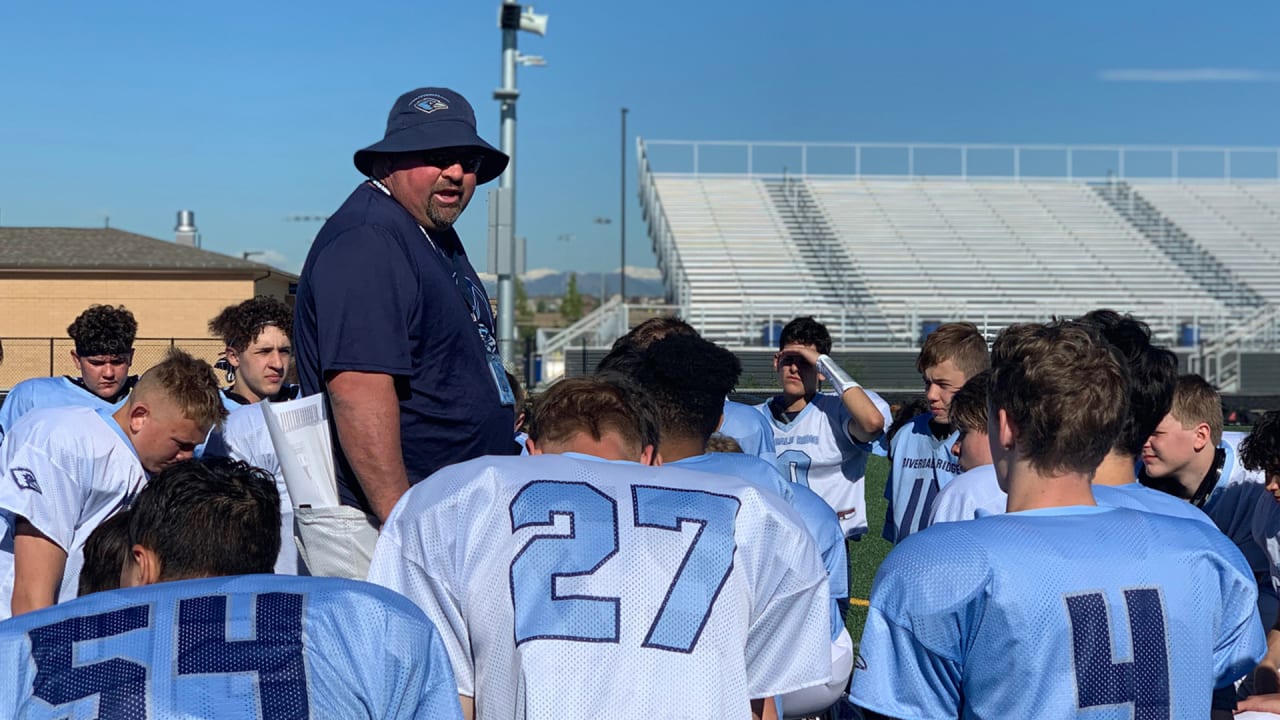 Historical wins might just be the best wins. It’s hard to say where exactly Riverdale Ridge’s 23-6 win over Jefferson ranks for coach Wayne Voorhees, but in historical terms it might be his most significant. The win for the Ravens was the first in the program’s history. They went 0-8 in 2018 but snapped that streak this weekend. Braylon Fenderson played a big role, rushing the ball seven times for 113 yards and a touchdown. But as far as Voorhees is concerned, the credit for the win goes to the team as a whole; everyone from the managers to the last player on the field. Voorhees hopes that the Ravens can build on Friday’s win and continue to raise a program still in its infancy to new heights. But with his accomplishment last weekend, he is this week’s Broncos High School Coach of the Week. The Broncos coach of the week is selected in partnership with the Broncos and CHSCA.

Mohrmann: Why did you initially get into coaching?

Voorhees: It really is all about the kids and the fact that you get an opportunity to see them grow and develop over four years is a pretty cool deal. And I keep in touch with a lot of my former kids over the years and have created a lot of friendships later on in life down the road that, you know, they’re still your players, they’re still your kids.

Mohrmann: What do you think it’s like from their perspective to be coached by you?

Voorhees: Well, I would hope that they know that I’m putting them first and that’s both in my professional and my personal life, making sure that they have a good experience, which is probably the number one goal. I want them to have a great high school experience and learn something along the way about the right way to do things.

Mohrmann: How would you best describe your coaching style?

Voorhees: I think over the years I’ve changed a little bit, but I think the number one thing is we set high expectations for our kids. They know what we’re expecting and they reach to meet that.

Mohrmann: No one else gets to win the first football game for that program other than you. What was the feeling like when the scoreboard went down to zero and you guys had locked that up?

Voorhees: Honestly, the first thing was kind of that relief. It kind of felt like we finally got the monkey off our back. And just watching the kids how excited they were was an experience in itself. The fact that all the hard work that they’ve put in got us that win was amazing.

Mohrmann: I know you’ve had your fair share of emotional coaching moments. What was more emotional for you – and I know they’re very different – but last Friday or your first game back after your bus crash at Legacy a couple of years ago?

Voorhees: It was probably this one because the previous one, I mean it was a good feeling and all, but we were winning and they won two games without me. So it wasn’t about me, and this wasn’t about me either, but the fact that we were able to take care of business this time. All the hard work that our kids and coaches and everybody had put in over the last year and a half was what made it that much more special.

Mohrmann: Again, drawing back to that moment, what did that do for you to put coaching in perspective and made you appreciate what you do for high school kids even more?

Voorhees: It definitely put things in perspective and how important actual life is versus just wins and losses. I mean that’s obviously in our society that is important as well, but it’s more important to make sure that we’re creating good leaders and good young men and productive members of our community.

Mohrmann: Have you been able to translate that to the kids now at Riverdale Ridge and was there any of that influence behind what you’ve done for them over the last year and what you did for them on Friday night?

Voorhees: We talked about last year on the anniversary of 9/11. Not only was it my personal situation, but 9/11, which they hadn’t been born yet. We just talked a little bit about what that meant and how our lives have changed even though they haven’t really realized it. Just kind of put some things in perspective that our society was a lot different before that took place and now here we are where we are and how we continue to try and move forward and build community and those kinds of things.

Mohrmann: How did you relate that directly to football? It’s a good and very interesting way of framing that perspective. But with them not being born when that happened, how do you relate that to them on the football field?

Voorhees: There was a lot of question of whether or not we should play a game or not. And that was at the NFL level all the way down to the high school level. (We also talked about) what that national anthem meant to us. When we think about kickoff and everything, you know, that that’s what really starts off our season is the national anthem right before kickoff and Friday night lights and all that kind of stuff and just brought it all together.

Mohrmann: With this win now under your bell, what do you do, what does your staff do, what are your players doing to make sure that you guys latch onto that momentum and keep building on it?

Voorhees: Number one, we now know what it feels to win and that’s our expectation. So one of our big models, I guess, would be trust the process, which we talked about from the very beginning is that this is a process. It’s not going to happen overnight. I’ve read the book by Bill Walsh, The Score Takes Care of Itself and that’s absolutely the way we approach things. So all the little things that we do, whether we’re talking about our weekly eligibility, the way we’re doing things in the classroom, in the school, etc. All that plays a part into us being successful and winning on Friday night. That’s been that whole culmination of all that work put together and now we have to continue to expect that. Those expectations are going to put us in the win column hopefully a few more times.

Mohrmann: In terms of your football coaching memories, where do you think Friday night is going stack up?

Voorhees: You know, it’s definitely up in the top two or three. I started Legacy as an assistant coach, so it wasn’t quite the exact same thing. And I opened Horizon as a player kind of in the same situation. I really have three first wins of a program, which is pretty remarkable and each one of them has their place in my heart.