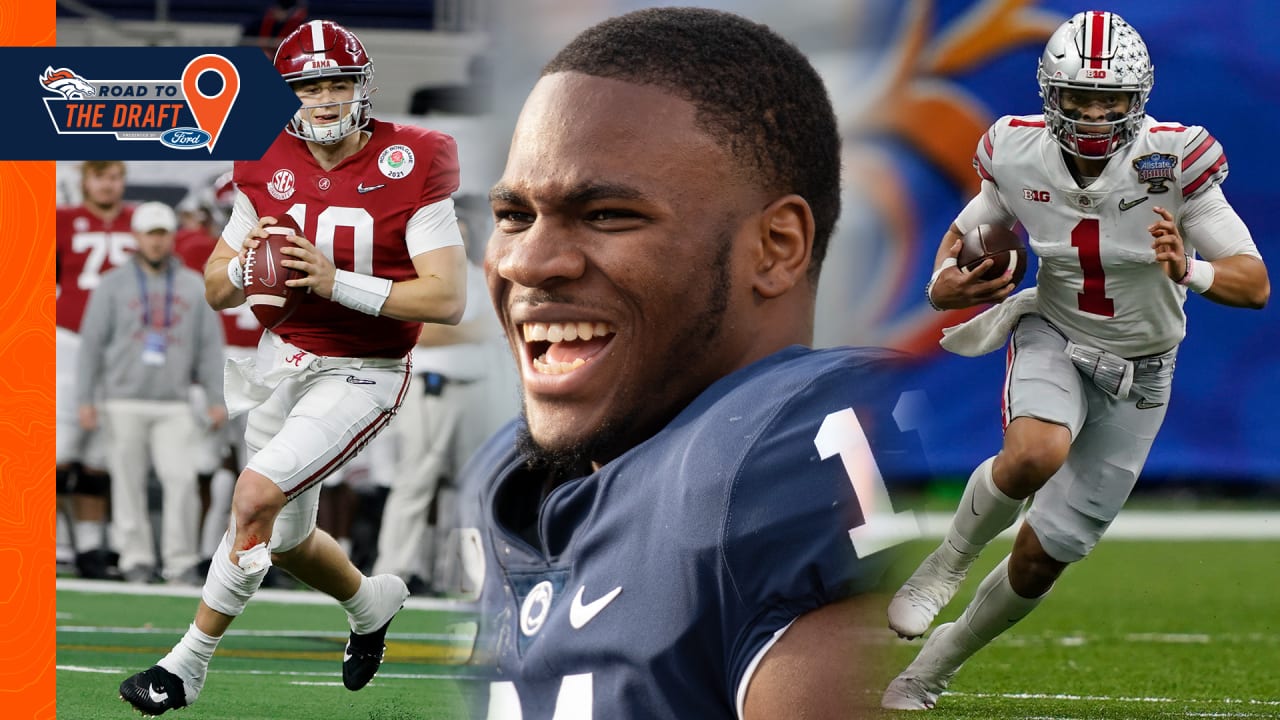 Depending on what GM George Paton thinks of QB Drew Lock, Justin Fields could be in play — as could a trade back with another QB-needy franchise. But Surtain is instinctive and a natural playmaker, and the Broncos’ 2020 opponents had an 86.3 QBR when targeting receivers.

Denver is in an interesting spot, with the opportunity to trade up or down, depending on the strategy at the QB position. If the team wants to add a first-round QB, Fields is a fit, but a prospect who forecasts to be in the range of a late-first or early second-round pick (that is, in the trade-down range) and who really pops for the Broncos is Michigan tackle Jalen Mayfield, who would slot in on the right side of the offensive line.

They upgraded in a big way at corner in free agency by landing Kyle Fuller and Ronald Darby, so it’s time up improve the linebacker group. Parsons can be an every-down player. He does have some character questions.

Selecting Fields would be a bold — but potentially necessary — move for the team to take the next step.

I know a lot of people will say the Broncos filled their CB need by signing Kyle Fuller and Ronald Darby in free agency. But A) Fuller’s only on a one-year deal, and B) you can never have enough quality corners in this AFC West.

With a young, talent-packed offensive skill group, Denver seems like it’s a game-changing QB away from contention. That’s where this move—and Fields—would come in. With a strong arm and rare athleticism, he has the talent to put the Broncos over the top.