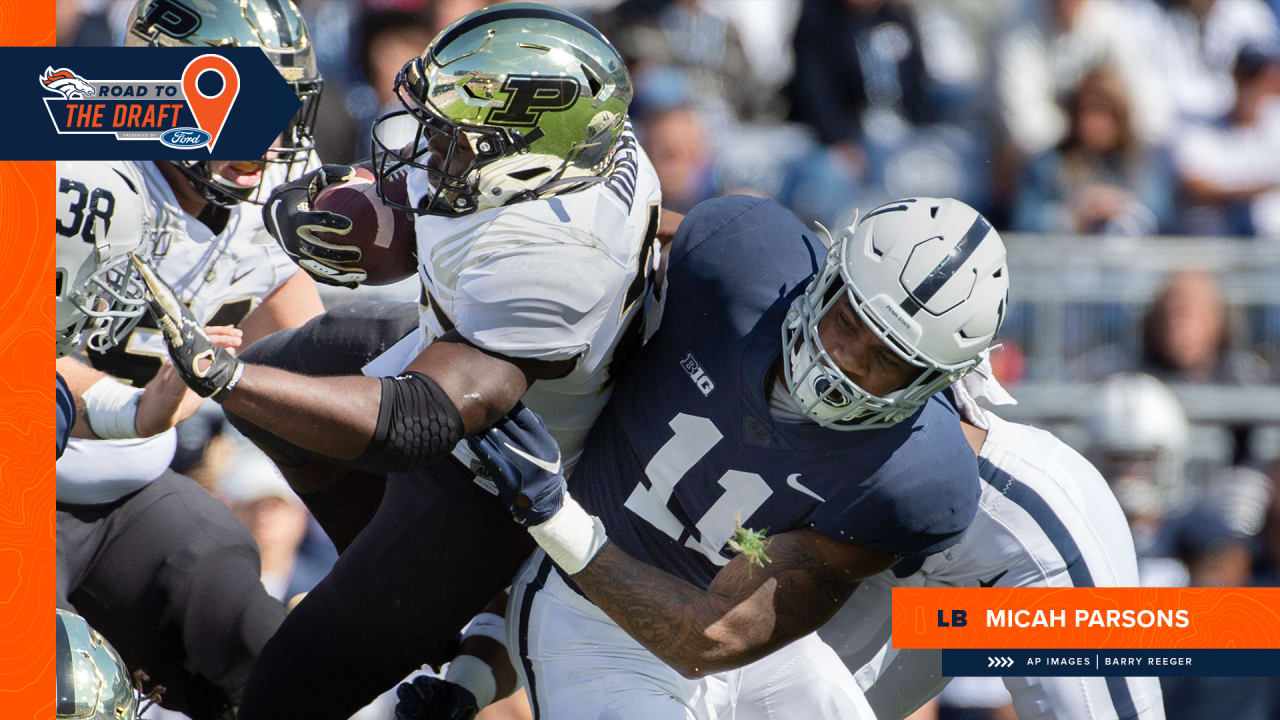 This defense could look very different in Year 3 under Vic Fangio. I thought about a cornerback here, but I see linebacker as the bigger position to upgrade, and Parsons could play inside or outside.

Cornerback is another position to watch, especially with Alabama’s Patrick Surtain II still out there. But I love Owusu-Koramoah’s range, instincts and suddenness.

I think Farley is incredibly talented and he fills a need for Vic Fangio’s defense.

Surtain fits the bill as an instant-impact contributor, bringing the skill set to quickly emerge as a shutdown cornerback. In a division with Patrick Mahomes and the Chiefs, Denver simply needs more guys who can cover.

Although he is still learning the position, Farley has a Pro Bowl ceiling due to his athleticism, length and natural ball instincts.

Parsons is the best all-around linebacker in the draft, and he would add a three-down presence to the middle of the Denver defense. The Penn State star produced a 94.8 run-defense grade in 2019, second-best of the PFF College era, and he’s also one of the best blitzers to come out in recent years.

Denver capitalizes on the quarterback rush and takes one of the best talents available regardless of position. Micah Parsons went from a bit overrated to underrated nationally.