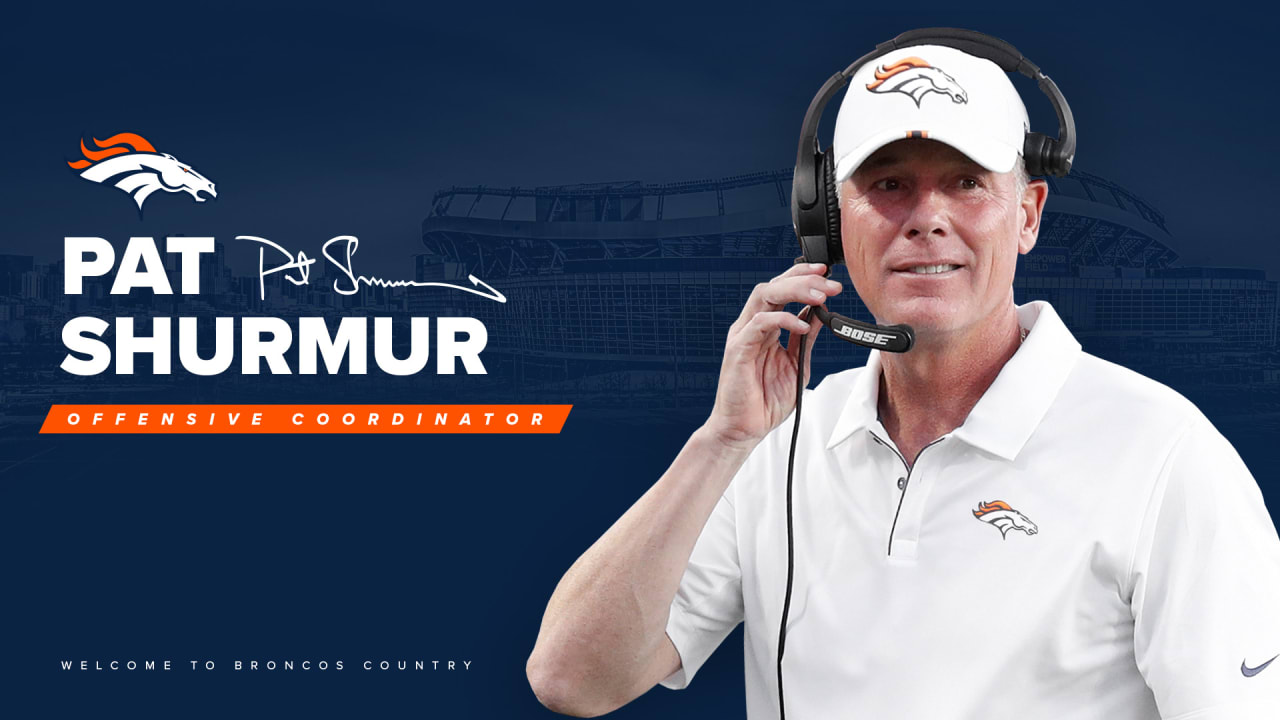 ENGLEWOOD, Colo. — More than two decades of NFL experience are headed to Denver to direct the Broncos’ offense.

“Pat is an established play-caller with significant experience leading an offense as both a coordinator and head coach,” Fangio said. “Having coached against Pat for a number of years, he’s always impressed me. His track record of developing younger players is outstanding. Pat brings a collaborative approach to working with the staff as well as a flexibility to adjust the offense to our players and opponents. We’re excited to add someone of his caliber to our coaching staff.”

Shurmur, who has coached in the NFL for 21 years, spent his last 11 years in the league as either a head coach or offensive coordinator.

Shurmur served as the Giants’ head coach over the last two seasons and compiled a 9-23 record in two seasons. Yet, while the organization did not find consistent success, Shurmur’s offense produced its share of positive moments.

Only five teams recorded more plays of 20 yards or more over the past two seasons, and Shurmur helped Saquon Barkley to Rookie of the Year honors in 2018. Barkley is one of 14 offensive players to earn a combined 23 Pro Bowl nods under Shurmur’s guidance.

In 2019, Shurmur worked with rookie quarterback Daniel Jones, who threw for 24 touchdowns and more than 3,000 yards in 13 games.

Before joining the Giants, Shurmur spent a pair of seasons in Minnesota as the team’s offensive coordinator. In 2017, Shurmur directed an offense that helped the team advance to the NFC Championship game. Case Keenum threw for 3,547 yards, 22 touchdowns and just seven interceptions that season, and wide receiver Adam Thielen earned second-team All-Pro honors as he caught 91 passes for nearly 1,300 yards. Shurmur, who started the 2016 season as the team’s tight ends coach, also helped Kyle Rudolph earn a Pro Bowl nod in 2017.

Shurmur was named the Associated Press’ assistant coach of the year following the 2017 season.

Earlier in his career, Shurmur served as the Eagles’ quarterbacks coach beneath Andy Reid and worked with quarterback Donovan McNabb for seven years.

Broncos fans could expect plenty of three wide receiver sets, a commitment to the run, deep passes off play action and utilization of the screen game.

Shurmur arrives in Denver to coach Drew Lock and the rest of a young offensive core that helped the Broncos finish the season 4-1. Lock, who started the final five games of the season, threw for 1,020 yards and seven touchdowns as he completed 64.1 percent of his passes and posted a 89.7 quarterback rating.

Despite the dynamic players, though, the Broncos’ offense slipped in several categories during the final five games. Their total yards, rushing yards, rushing average and number of big plays per game all fell as they closed out the season.

The lack of success led Fangio to make a change Sunday, as the team parted ways with Rich Scangarello.

“After a lot of consideration and discussion after the season, I determined that a change at offensive coordinator ultimately would be best for our team,” Fangio said Sunday. “We need to do everything we can to get better — in all areas — as we start working toward next year.

“Rich is a bright coach with a great future ahead of him. I appreciate all of his hard work and thank him for his contributions to the Broncos.”

Based on Shurmur’s history, the Broncos expect to see improvement with him at the offensive helm.

Shurmur’s offenses have ranked in the top 20 in scoring in each of the last six seasons in which he’s been a head coach or offensive coordinator for the entire year. His teams achieved those numbers despite never having a Pro Bowler at quarterback.