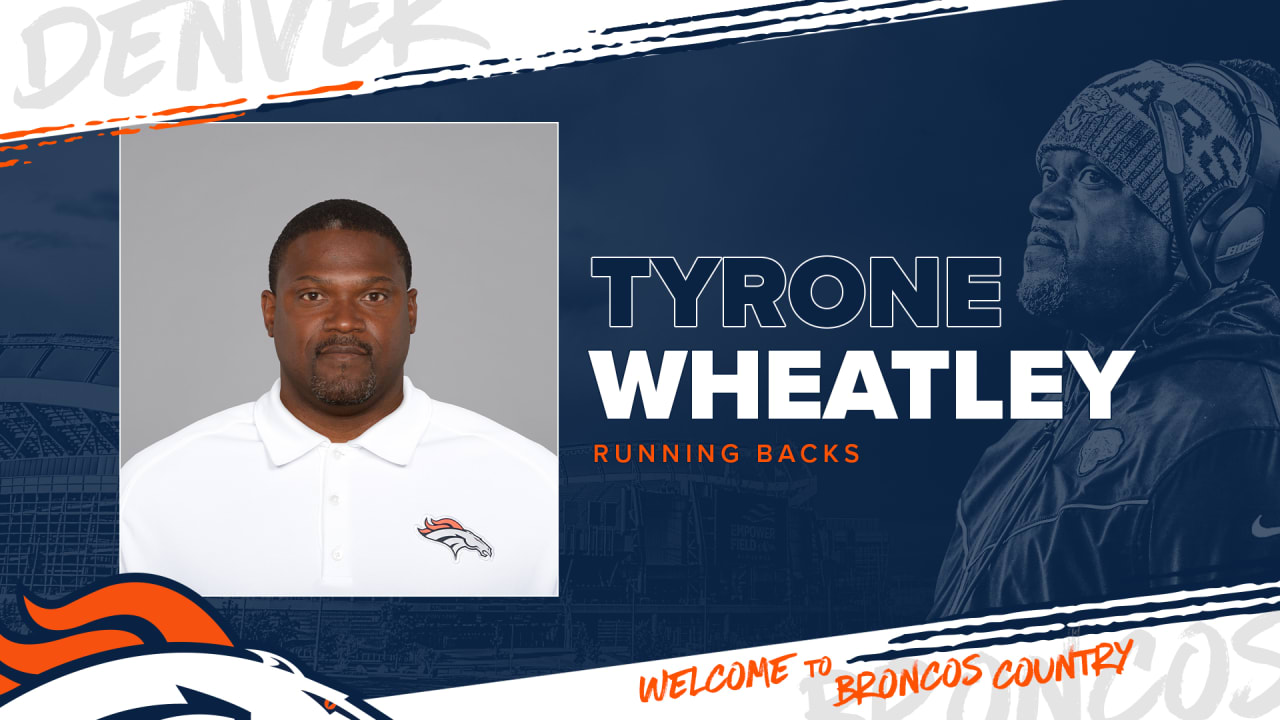 ENGLEWOOD, Colo. — The Broncos have hired their final position coach on the offensive side of the football.

Wheatley has spent the last three seasons as the head coach at Morgan State, an HBCU program in Maryland. Prior to his role as a head coach, Wheatley had NFL stops with the Jaguars and Bills. Wheatley served as the running backs coach in Jacksonville from 2017-18, which aligned with part of Head Coach Nathaniel Hackett’s tenure as the Jaguars’ offensive coordinator.

Wheatley also worked as the Bills’ running backs coach during Hackett’s two-year stint as Buffalo’s offensive coordinator from 2013-14, and the two also overlapped from 2010-12 at Syracuse University.

The 1992 Big Ten offensive player of the year, Wheatley finished his career at Michigan with 4,178 rushing yards and 47 touchdowns as he helped guide the Wolverines to a pair of Big Ten titles. He was drafted in the first round of the 1995 NFL Draft by the Giants and recorded nearly 5,000 rushing yards during his lengthy NFL career with New York and Oakland.

Following his playing career, Wheatley also had coaching stops at Ohio Northern, Eastern Michigan and back at his alma mater.