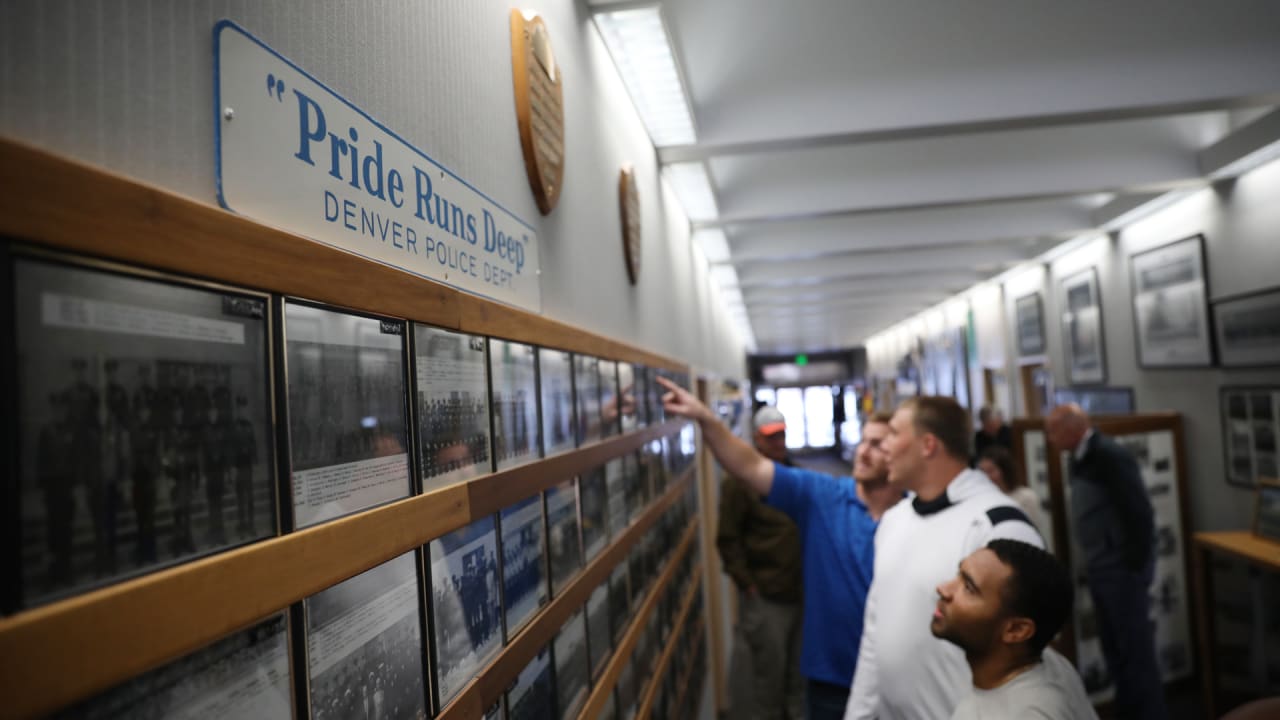 Following the discussion, Campbell gave them a tour of the airplane-hangar-turned-police-academy, finishing at the VirTra V-300 use-of-force simulator. The simulator features five projection screens to create a 300-degree view for trainees of numerous scenarios that they could encounter as an officer. The simulator allows instructors to assess decision-making and marksmanship, as it also includes training firearms that can be detected on the screens.

The situations run in the simulator were intense and realistic, ranging from inter-personal conflicts to active-shooter and hostage situations. Because of that, each scenario was immersive and carried more weight than just playing a video game.

“Number one, it’s a whole-body experience,” Campbell said. “You are moving, you are talking and you have to orient to 300 degrees. Unlike a video game where you’re actually sitting on the couch and you’re [looking at] a single screen that’s right in front of you, our goal is to intentionally increase their heart rate.”

The players naturally found the simulator to be a very engaging part of the day, but it was more than what they expected in some regards.

“It’s a lot more hands-on than what you expect,” Muhammad said. “You have to be in communication, have to be a more personable person to talk to people and assess the situation and go from there. It was a little more hands-on than I actually thought it would be, because obviously their job is more preventing than creating cases. … The simulator was pretty realistic and kind of showed what they have to go through. They gave you many different situations that you can encounter, so the simulation was great for new officers coming in to be exposed to that type of stuff before they obviously get in the field.”

Campbell was impressed with how the players performed in the simulator, particularly with how quickly they could assess situations and then react to what they saw.

Tags: simulator they was