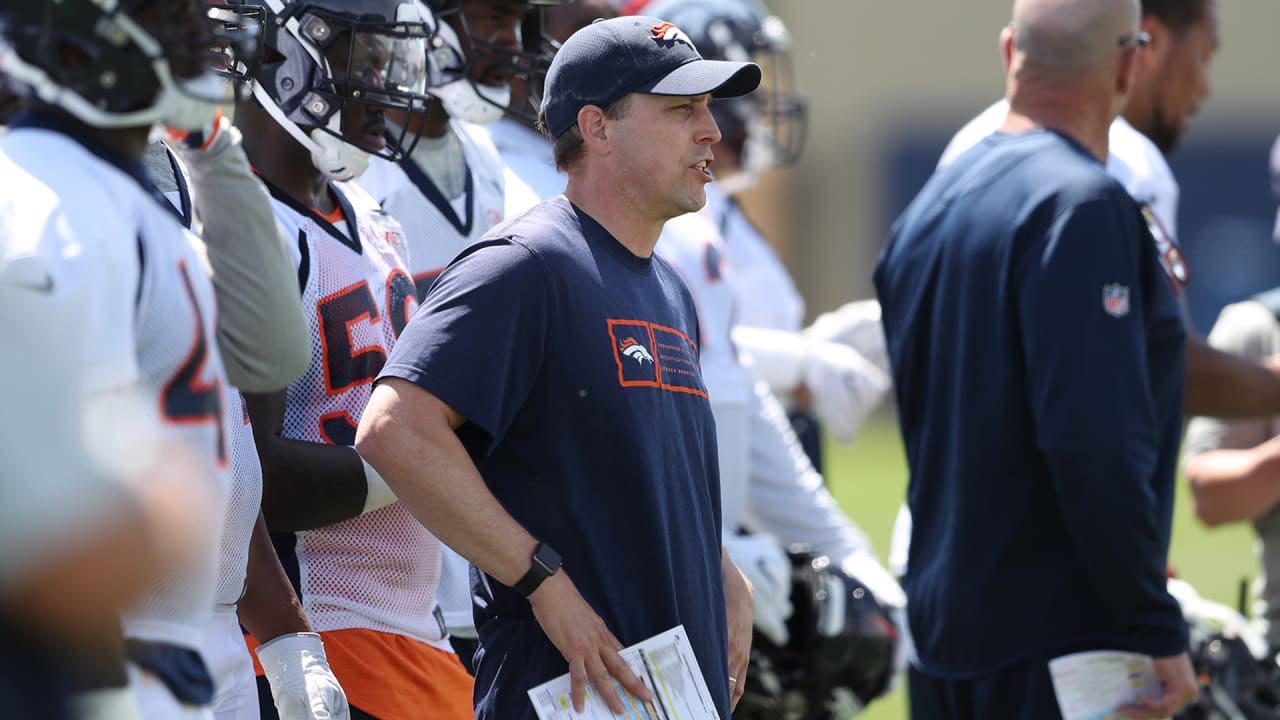 Beake, who served as a defensive assistant in 2020, will enter his ninth season with the Broncos in 2021. He joined the team in February of 2013 and has worked four different head coaches during his tenure with the team.

During his time in Denver, the Broncos’ defense has featured eight players with a combined 20 Pro Bowl selections. Beake worked with the Broncos’ outside linebackers in 2018, when Von Miller earned his seventh Pro Bowl nod and Bradley Chubb set a franchise rookie sack record.

He took on an increased role in 2020 as Defensive Coordinator Ed Donatell battled COVID-19 away from UCHealth Training Center.

“They did extra work when I couldn’t be here physically on the field,” Donatell said of Beake and former Defensive Backs Coach Renaldo Hill. “I was always involved virtually most all the time, and they were top shelf. They were extraordinary as far as their commitment and making things work.”

Donatell said he could tell Beake and Hill “went to different levels” as coaches as he recovered from the virus.

Justin Simmons, who made his first career Pro Bowl in 2020, also said Beake did “a great job stepping in” and that he did “an amazing job” in Donatell’s absence.

In Atlanta, where he served as the team’s linebackers coach, he tutored All-Pro Keith Brooking, who earned a pair of Pro Bowl nods during his time playing under Beake.

He also worked as a defensive graduate assistant at the U.S. Air Force Academy to begin his career in 1994.

Beake, who has coaching experience on both sides of the football, also played quarterback at Air Force from 1990-92. He served as a Civil Engineer Officer in the Air Force from 1995-98 before reentering the coaching profession in 1999.

Beake comes from a football family, as his father, John, was the long-time general manager of the Broncos from 1984-98.

In 2021, Chris Beake will continue his own career with the Broncos in an elevated role.