DENVER — When Denver Broncos quarterback Drew Lock plopped down in a chair to dissect what had just happened in Monday night’s season-opening 16-14 loss to the Tennessee Titans, he showed something that could mean a lot in the weeks and months to come.

He showed, in career start No. 6, the same awareness after the game that he had just shown in the pocket.

All in all, Lock handled business fairly well against a Titans team that was in the AFC Championship Game roughly nine months ago. He completed 22 of 33 passes for 216 yards with a touchdown.

Lock wasn’t sacked, didn’t throw an interception and despite running his second playbook in as many seasons, he looked composed. But the Broncos didn’t win a game they could have and couldn’t climb over the 16-point barrier yet again. And that was what was on Lock’s mind shortly after the Titans’ offense had driven for the game-winning field goal with 17 seconds to play.

“It does feel a little bit like those last year, except I was on the sideline for those, so it hits a little harder being on the field and being able to have a say in the outcome,” Lock said. “But, there were just some plays we could have made there to not only finish the game out, but also during the game.”

The Broncos scored 16 or fewer points nine times last season and were 2-7 in those games, but they were 1-1 in the ones that were on Lock’s watch. Monday stings, given the Broncos have now added another low-output loss to the list in 2020.

Because Tennessee kicker Stephen Gostkowski personally accounted for 10 lost Titans points — with three missed field goals to go with a missed extra point — this was actually almost not a close loss at all.

The Broncos had issues with two fumbled snaps by Lock, two painful drops from rookie wide receiver Jerry Jeudy, a fumble by Melvin Gordon that gifted the Titans a cozy little touchdown drive, and coach Vic Fangio letting a pile of seconds bleed off the clock in the closing minutes of the game.

This was exactly the kind of evening that Broncos president of football operations/general manager John Elway had hinted at when he said the Broncos might have to lean on their defense in the season’s early going. It’s a lot to ask the offense to sprint out of the gate with so much youth and too little on-field work in the offseason. Yes, wide receiver Courtland Sutton was out with the shoulder injury, running back Phillip Lindsay left at halftime with a toe injury and nobody in the league felt they had enough time to work out the kinks in an abbreviated training camp.

The points, however, will need to come. And Lock is the guy who will be at the center of that because, well, that’s the gig. 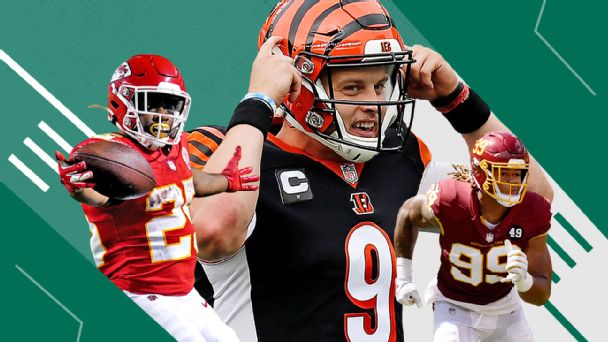 “Thought he played well, he was in command of what we were trying to do, made some plays both with his arm and his feet,” Fangio said. “I was pleased with the way Drew played. I know when you only score 14 points you would think that the quarterback didn’t play well enough, but I thought he did.”

Three of the next four teams on the Broncos’ schedule — the Steelers, Buccaneers and Patriots — scored 26, 23 and 21 points respectively in their Week 1 work. Not huge output there, either, but much like last season, where the 14-, 15- and 16-point days aren’t going to cut it for the Broncos. And Lock was the first guy driving that point home after Monday night’s loss.

“I wasn’t trying to throw everything out there the first game for trying to show everyone and prove everything — I think I’ll prove it over the course of the season,” Lock said. “But I’m really excited about Coach [Pat] Shurmur’s offense. I felt comfortable back there, more comfortable than I did toward the end of last season. It just felt right, I felt like I was where I needed to be. I was very confident going into the game, I felt confident the whole game, just got to make a couple plays here and there and pull out a win.”