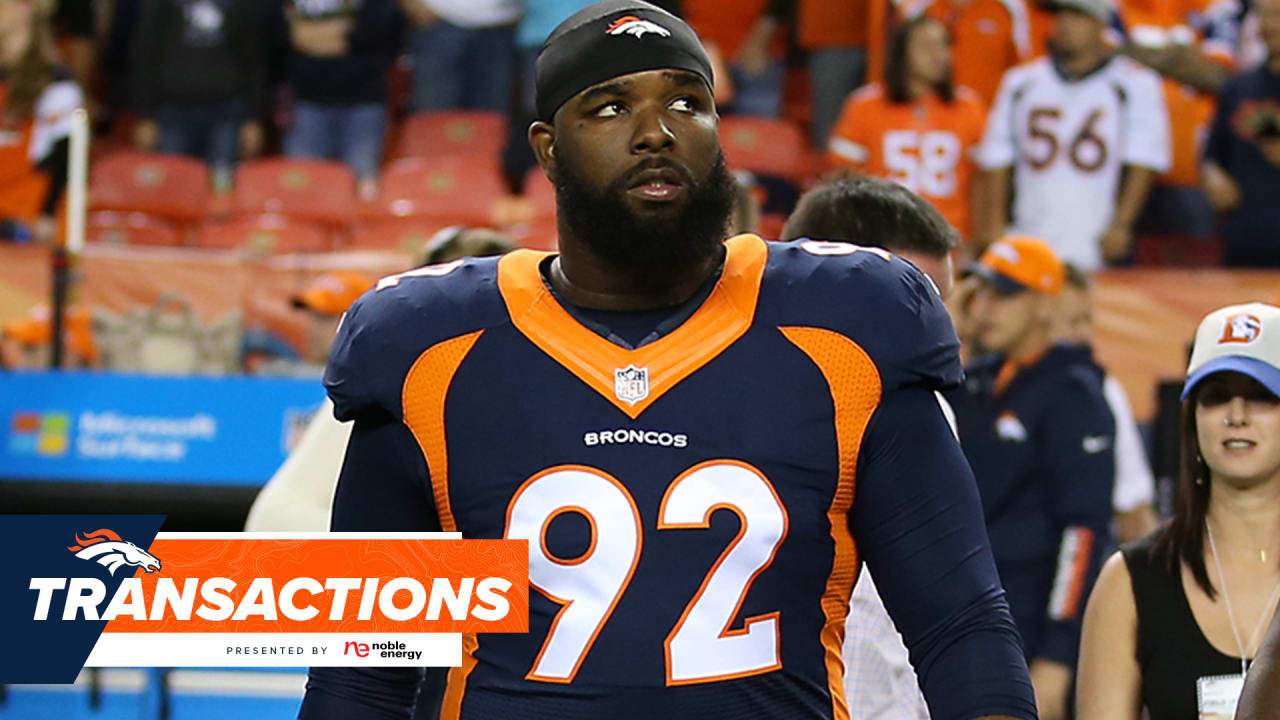 ENGLEWOOD, Colo. — The Broncos added depth to their defensive line as they signed a pair of former Broncos in Sylvester Williams and Darius Kilgo to their practice squad on Saturday.

Williams, an eighth-year veteran, spent the first four years of his career in Denver after the Broncos selected him with the 28th-overall pick in the 2013 NFL Draft.

Kilgo, meanwhile, played with Denver in 2015 and 2016 and appeared in 18 games for the Broncos. He tallied 11 tackles in Denver before spending the 2018 season with the Titans.

A starter on the team’s Super Bowl 50 team, Williams started 48 games for Denver and tallied 94 tackles, 5.5 sacks, 17 tackles for loss and 14 quarterback hits.

Williams signed with the Titans in 2017 and posted 20 tackles and four tackles for loss as he started 11 games and appeared in 15 contests. He has spent time with the Lions, Dolphins and Chargers over the previous two seasons but has not appeared in a game in 2020.

On game day, Williams and Kilgo could supplement Mike Purcell, Shelby Harris, DeShawn Williams, Timmy Jernigan and McTelvin Agim, who are all on the active roster. Defensive lineman Deyon Sizer is also on the team’s practice squad.