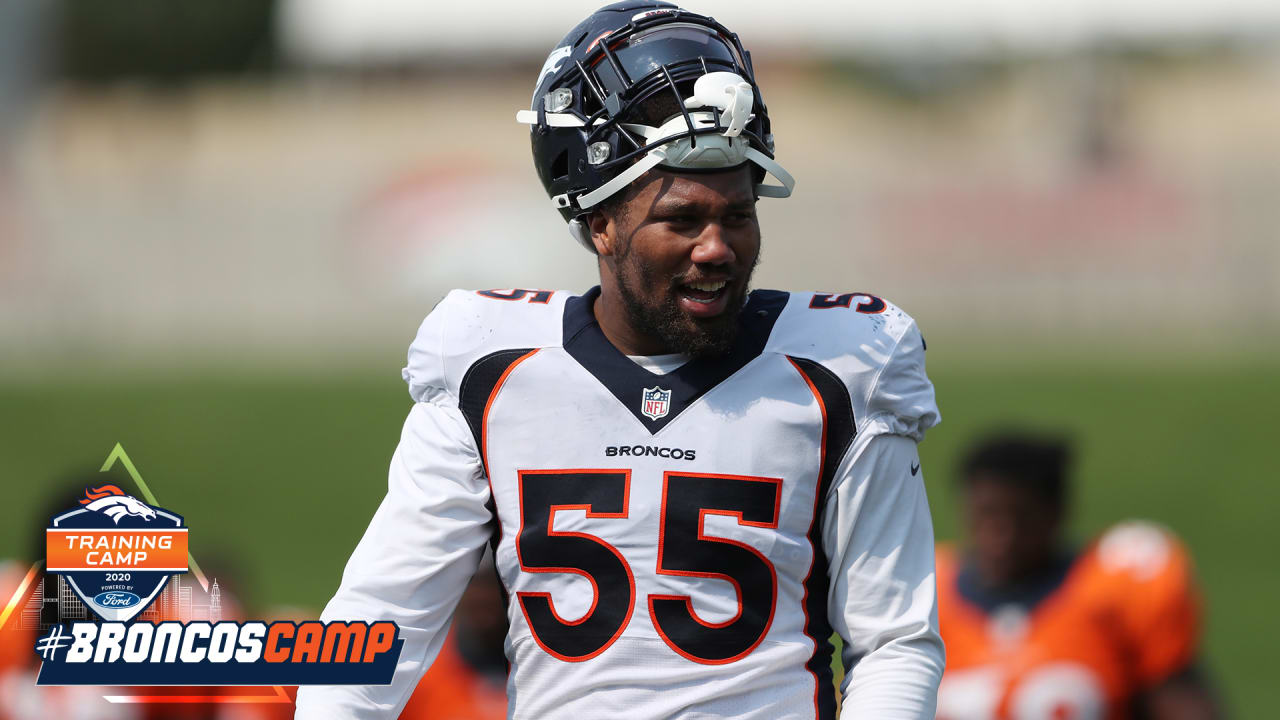 ENGLEWOOD, Colo. — As the Broncos approach their Sept. 14 season opener, they plan to be “conservative” with outside linebacker Bradley Chubb, Head Coach Vic Fangio said Monday.

Chubb did not practice Monday after exiting Saturday’s stadium practice early. During Saturday’s practice, trainers examined his left knee, which he underwent surgery on last year to repair a partially torn ACL.

“Chubb’s just getting the day off today,” Fangio said Monday. “We’re going to be conservative with him this week and give him some days to rest his knee.”

Fangio said Cubb is “where we kind of thought he would be” in his recovery from his ACL injury, which he suffered last season in Week 4 against the Jaguars.

“We never said he was 100 percent yet — at least I never did,” Fangio said. “I think what he’s going through is a natural progression in recovering from his injury, and I’m still optimistic that he’ll be out there in the first week and playing good. Probably not playing to the level he was pre-injury, but pretty damn close. We’ll see, but it’s going to be a work in progress.”

Right guard Graham Glasgow was also held out of Monday’s practice with a sprained ankle, and Fangio said he expected the starter to miss “the next few days at least.”

“We’ll see after that,” Fangio said. “We don’t think it’s a long injury at all.”

Fangio also provided an update on tight end Troy Fumagalli, who missed Saturday’s practice at Empower Field at Mile High. The Broncos’ head coach said Fumagalli was dealing with “an abdomen issue” that he was in the process of getting evaluated. Fangio said he did not think the condition was “too serious.”

When the Broncos drafted Fumagalli in 2018, he had previously undergone surgery to repair a sports hernia.

Fangio said Fumagalli’s situation is not a sports hernia or anything “structurally wrong,” but said his absence may be related to that 2018 surgery.

“There may have been a suture down there that usually dissolves, that didn’t dissolve,” Fangio said. “So that’s why it’s a little abstract. I don’t have a lot to say about it.”