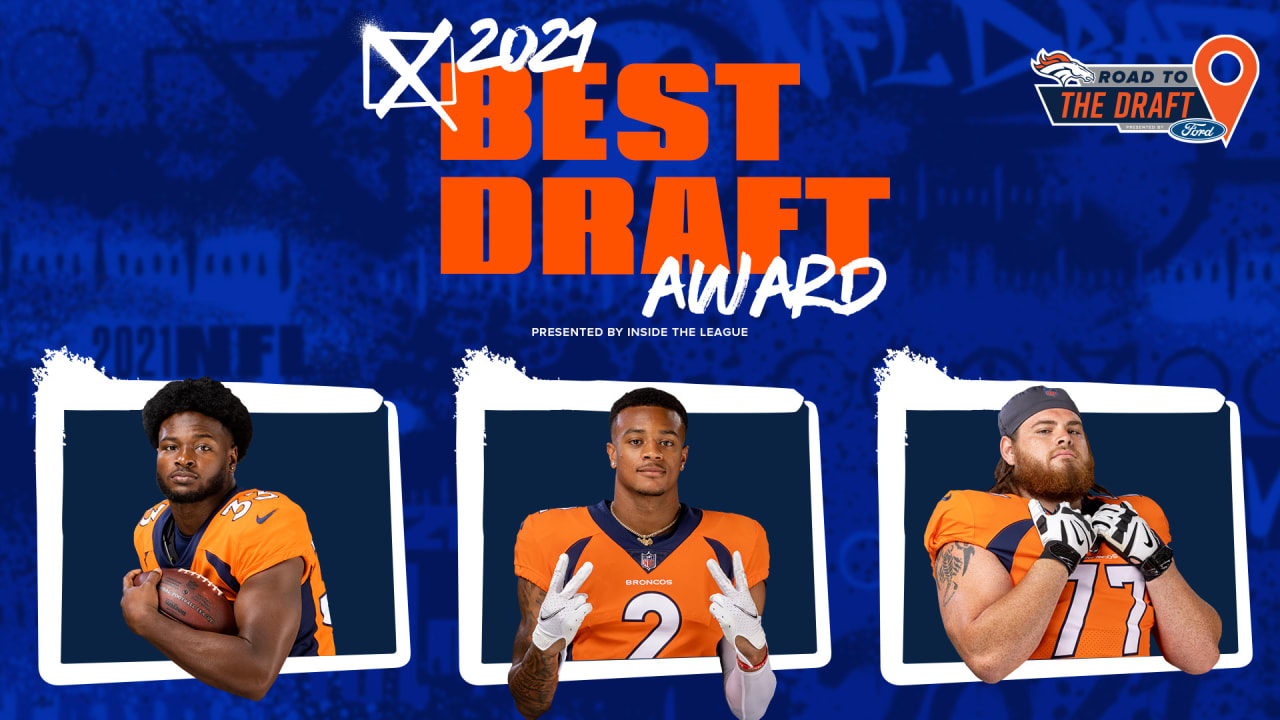 INDIANAPOLIS — As the Broncos continue their preparation for the 2022 NFL Draft and the Combine, the team’s front office took home a new accolade for its success in 2021.

After polling NFL scouts and administrators, Inside the League awarded the Broncos the 2021 Best Draft Award after winning 31 percent of the vote. Denver beat out the Dolphins, Chiefs, Chargers, Steelers and Patriots to earn the honor.

The Broncos also got some impressive contributions from fifth-round pick Caden Sterns and seventh-round pick Jonathon Cooper; each started at least two games and played in at least 15.

This is the first time the Broncos have won the award, which began at ITL’s annual Combine Seminar in 2018 and honored the Saints for their 2017 draft. Since then, the Colts, 49ers and Buccaneers have also won the award.