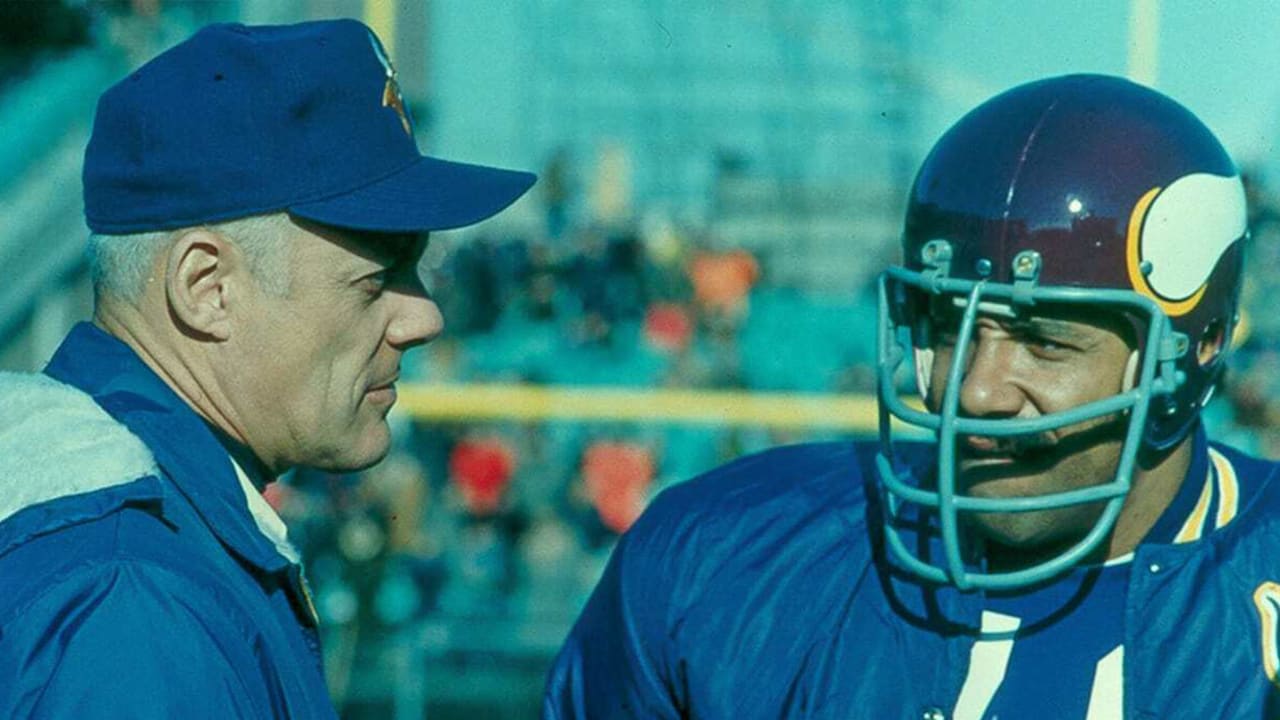 The Pro Football Hall of Famer logged onto the call wearing mammoth, green, foam Hulk hands, which he revealed during the off-key serenade for Grant.

“If I would have worn these when I played,” said Eller, “maybe I wouldn’t have gotten called for holding so much.”

Fellow Purple People Eater and Hall of Famer Alan Page also referenced a humorous happening during a season in which the Vikings faced the Falcons on the road. The team stayed at an Atlanta hotel and was served a steak dinner. Eller, however, asked the server for pancakes instead of the more formal meal.

Pancakes never showed up, though, much to Eller’s chagrin. When he inquired about his initial request, he was told Grant had instructed that every player eat the same steak dinner.

According to the anecdote described by Jim Bruton in his book, A Tradition of Purple, Eller flew into a rage and sent a tray of steaks flying with one good kick.

Grant did not react. But upon arrival at the Vikings next pregame dinner, each player received two pancakes, the size of a silver dollar. Grant certainly had gotten his message across.

“I just wanted to say, ‘Happy early birthday. Happy early 95th,’ ” Page said during the call. “And I was wondering if there are any pancakes tonight? Have you decided to let ‘Moose’ have his pancakes yet?”

Grant may not have reacted during Eller’s original outburst, but Page’s one-line allusion to the incident induced hearty laughter from the former coach.

“It took a few years … but Moose can have all the pancakes he wants,” Grant said.

Jones and Greg Coleman were among those who thanked Grant for his influence on their lives. John Henderson, who played receiver for the Vikings from 1968-72, also took a more earnest approach, describing the impact Grant made on him over those five seasons.

“I didn’t classify Bud as a coach. I saw him as a manager of people,” Henderson said. “One of the first things I noticed was that Black players and white players roomed together with the Vikings. And that was not my experience with [another] team, back in the mid-60s.