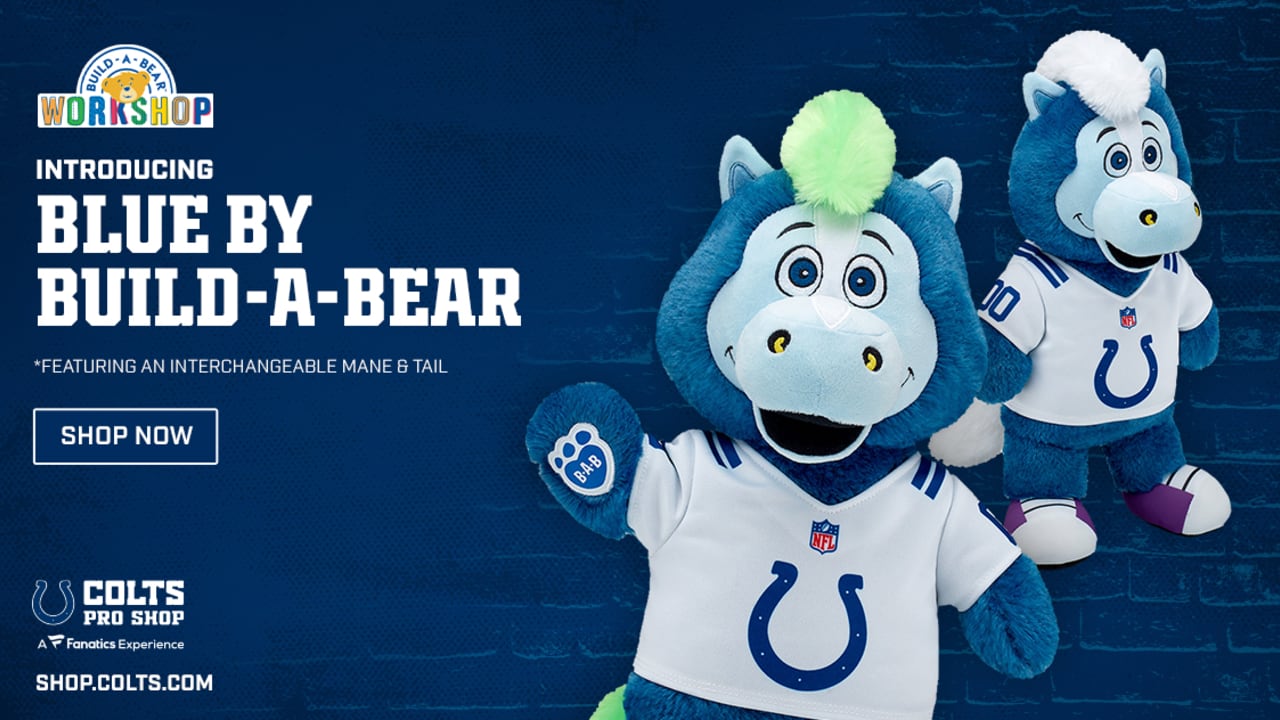 Indianapolis – Beginning today, Indianapolis Colts fans can now bring home their very own Blue stuffed animal from the Colts Pro Shop! Designed in partnership with Build-A-Bear, fans of all ages can show their Colts pride with a replica of the Colts’ beloved team mascot.

The plush animal – which includes some of Blue’s iconic traits, like his signature colorful shoes and an interchangeable mane and tail – will be available exclusively at the Colts Pro Shop at Lucas Oil Stadium and online at shop.Colts.com beginning today, March 24.

What’s more, new and fun Blue merchandise will be introduced in the coming months and be available to Colts fans later this year.

Blue is entering his 17th season providing his unique brand of gameday entertainment, skits and sideline antics. He was inducted in the national Mascot Hall of Fame in 2020 and has twice been named NFL Mascot of the Year.

When Blue is not busy with gameday and hundreds of public appearances across Indiana, fans can find him on Twitter, Instagram, Facebook and one of the NFL’s top TikTok accounts.