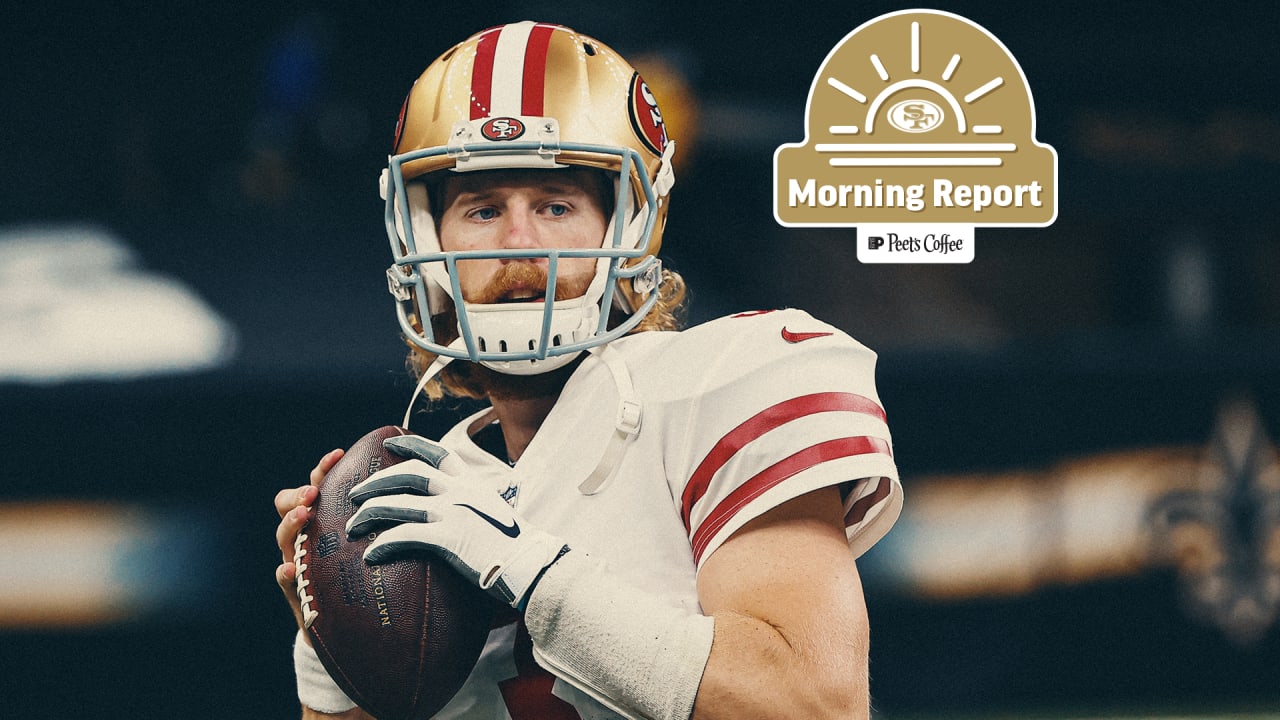 Nick Mullens to Miss Remainder of Season; 49ers Not Ruling out Jimmy Garoppolo

The 49ers may have likely seen the last of Nick Mullens this season as San Francisco’s backup quarterback suffered an elbow sprain during Sunday’s contest against the Dallas Cowboys. During the 49ers final drive of the game, Mullens took a late hit that drew a roughing the passer penalty from Cowboys edge rusher DeMarcus Lawrence, that sidelined the quarterback for the final two minutes of the contest.

﻿C.J. Beathard﻿ is likely to get the start for the remaining two games of the season. The team also opened the practice window for Jimmy Garoppolo on Tuesday. Garoppolo makes his return after missing six games with a high-ankle sprain – a new and worse sprain than he originally suffered in Week 2. Despite being shorthanded heading into the Week 16 contest against the Arizona Cardinals, Shanahan doesn’t foresee Garoppolo making his return to the field this week.