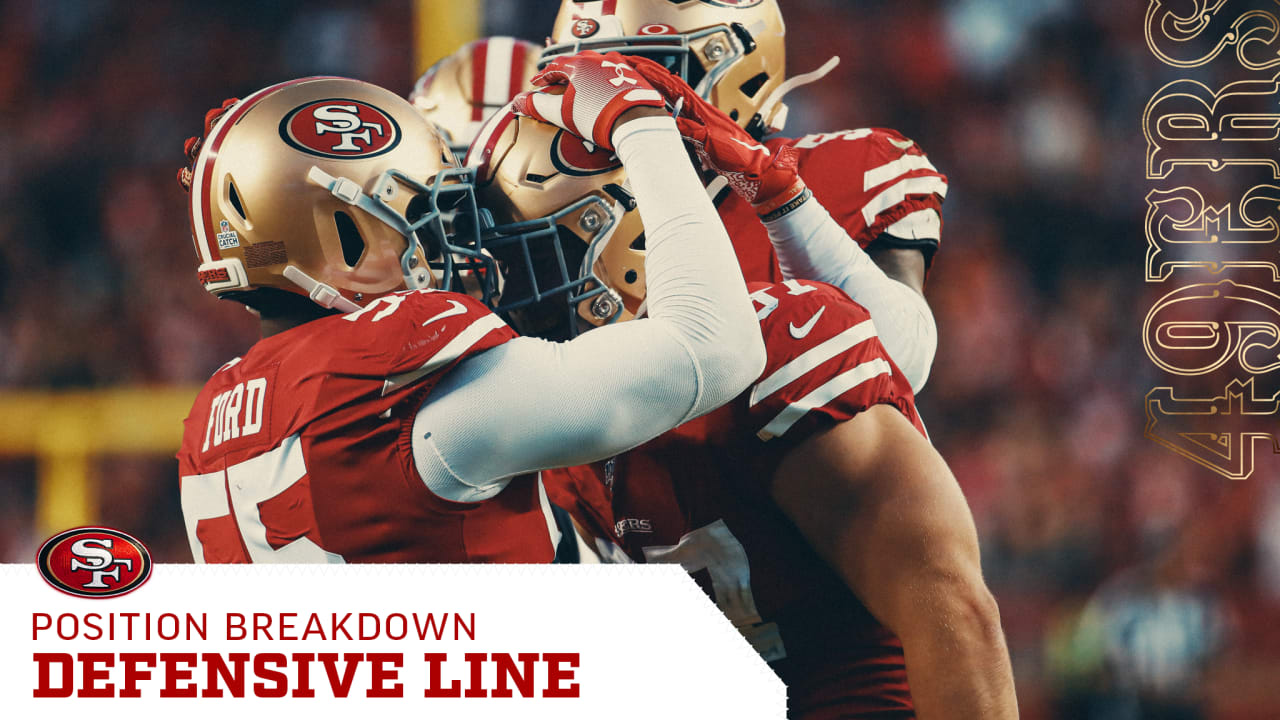 Every day leading up to the start of training camp set for July 28, 49ers.com will assess each position group on the roster as we get closer to the season. In the final installment of the 49ers positional breakdown, 49ers.com is addressing San Francisco’s defensive line and assessing the recent changes along unit.

The 49ers underwent a fairly massive shakeup to their championship-caliber defense this offseason. San Francisco sent defensive anchor DeForest Buckner to the Indianapolis Colts for the 13th-overall pick in the 2020 NFL Draft, which begged the question, “Who can replace the All-Pro, Pro Bowl talent?”

The 49ers leaned on their depth along the defensive line with a rotation of players throughout their 2019 campaign. The team is likely to take the same approach to help fill the void of Buckner’s substantial load. San Francisco re-signed Arik Armstead and Ronald Blair III this offseason, two key pieces of the 49ers D-line success in 2019. The team also added draft capital by jumping back a spot to select South Carolina’s Javon Kinlaw with the 14th-overall pick, a starting-caliber defensive rookie the team hopes can help take pressure off the interior.

Despite the loss of a defensive stalwart, San Francisco still boasts a deep and talented defensive line heading into training camp. Can the unit maintain their league-leading dominance despite the shakeup along the D-line? How will Kinlaw adapt to the NFL despite a reduced offseason? Can San Francisco’s altered unit remain good enough to aid the team in another championship run?

San Francisco ranked second in the league in total defense and first in pass defense in 2019, in large part due to the performance of the 49ers defensive line.

The 49ers sought to build a formidable pass rush to counter the quarterback position. The team traded for edge rusher Dee Ford and drafted Nick Bosa with the No. 2 overall pick to add to a bevy of first-round talent along the defensive line.

The unit developed into a vaunted defensive front, loaded with bright, young talent. San Francisco finished the regular season second in the NFL in yards allowed per game (281.8) and yards per play (4.66), first in forced fumbles (21), third in fumble recoveries (13) and fifth in sacks (48).

San Francisco’s 39.2 percent pressure rate as a team ranked third in the NFL behind only the Pittsburgh Steelers and the Green Bay Packers, and the 49ers were able to accomplish that number while blitzing just 21.8 percent of the time — the 27th-lowest rate in the NFL, according to Pro Football Focus. The 49ers were the only team in the NFL to have four-or-more players with 6.5-or-more sacks in 2019: Armstead (10.0), Bosa (9.0), Buckner (7.5) and Ford (6.5).