SEATTLE — Only a few days into his new job, Clint Hurtt got an unsolicited suggestion on how to run the Seattle Seahawks‘ defense. The D-line coach-turned-coordinator had ordered room service while staying with his wife at a Seattle-area hotel when they opened the dessert tray to find a card that included a half-joking postscript.

“My wife read it,” Hurtt told Sports Radio 950 KJR-AM last week, “and they were saying, ‘Congratulations, Coach, on the new promotion. And by the way, it would be really good if we don’t drop Carlos Dunlap in coverage anymore.’ So I told my wife, I said, ‘Well, I know that’s how they’re feeling right now. So we’ll eliminate that.'”

In reality, that was already part of Hurtt’s vision for a more aggressive, attacking defense than the one his fired predecessor, Ken Norton Jr., oversaw in recent seasons. As Hurtt explained in his introductory news conference and in a pair of radio interviews, that will mean pass-rushers such as Dunlap mostly sticking to pass rushing. It will mean more blitzing — even if not a ton more — and less of the soft zone coverages that led to too many easy completions for opposing quarterbacks.

And from the sounds of it, it will also mean getting safety Jamal Adams back to his 2020 form. Or at least using him more like the Seahawks did during his stellar debut season in Seattle than they did in his disappointing 2021 follow-up.

Hurtt said Adams “absolutely” can still be the type of impact pass-rusher he was two years ago, when he set the NFL record for a defensive back with 9.5 sacks in 12 games en route to another Pro Bowl nod. 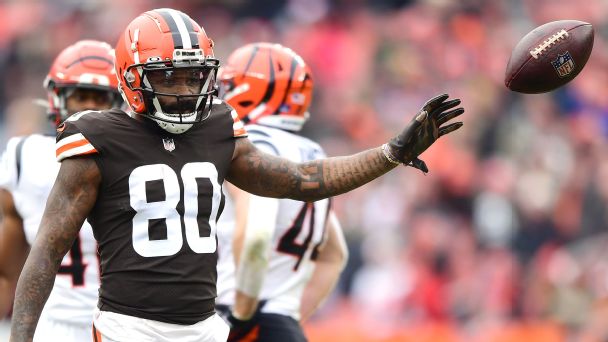 • Players who need a change of scenery
• Can Jamal Adams get back to 2020 form?
• Broncos’ prospects to watch at combine
• Answering 18 big NFL draft questions
• How Steelers got better with Flores

“Super aggressive, hyper aggressive guy that’s going to be physical in the run game,” Hurtt said, listing Adams’ best on-field skills. “Really instinctual, good in his run fits, and as we all know already, he’s an outstanding blitzer. Whether you’re talking about a linebacker or a DB, that’s a unique skill set that’s hard to find. He’s beating tight ends, he’s beating offensive linemen one-on-one. The ability to bend and turn the corner and his relentless pursuit of the quarterback, I would think you would be foolish if you didn’t take advantage of that.”

In 2020, Adams looked worthy of the two first-round picks the Seahawks parted with to acquire him and the record $70 million extension they gave him last summer. But those hardly looked like resources well spent last season, as he was held without a sack before his season ended after 12 games because of a torn labrum, the same shoulder injury he suffered the year before.

And the trade looked even worse because the 2022 first-round pick they gave the New York Jets ended up being much higher — No. 10 overall — than expected thanks to Seattle’s 7-10 finish.

Adams blitzed less than half as frequently (four times per game) as he did in 2020 (8.25 times per game). That was despite averaging 5.75 more snaps per game, as Seattle easily spent the most time on the field of any defense in the NFL.

That change in Adams’ usage, as Seahawks coach Pete Carroll put it, was the result of the additional attention opponents began paying to him after his record sack binge.

“Thirty-three walks up and they go, ‘He’s right over there,'” Carroll said in December after Adams was placed on IR. “So they have him accounted for at all times. We rushed him from all different angles. He was all over the place. We found that that wasn’t the right thing to do. Just wasting him running into an offensive lineman. It wasn’t the right thing.”

Blitzing Adams less often might have also indicated a reluctance in leaving their suspect group of cornerbacks more vulnerable than they already were. As a team, the Seahawks ranked 25th in blitz rate (21.1%) after ranking 11th (31.7%) the year before, when they had Shaquill Griffin coming off a Pro Bowl season.

Adams had a pair of interceptions in November — his first with Seattle — before his torn labrum ended his season and required another surgery. But there were more forgettable moments earlier in the year that showed his limitations in coverage and underscored that he’s best suited for an attacking role.

“As the season progressed … we put him in situations that really was not his background,” Hurtt said. “So you have to give him some leeway in understanding that he was in a new world last year with some of the things he was doing, playing a quarter safety or half-field safety and the adjustments he had to make along the way, and he really improved in that aspect throughout the course of the season. He’s going to continue to get better.

“Obviously there’s multiple things he’s got to be able to do so the quarterback can’t always peg him for just being one particular type of way. Jamal is a smart enough guy that he understands it’s not just going to be about his ability to blitz and run fit and do those types of things. It’s the different techniques and coverages that he has to play, but making sure it’s something he’s really exceptional besides just rushing the quarterback and blitzing.”

Hurtt’s promotion was part of a major shakeup to Carroll’s coaching staff following the worst season of his 12-year Seattle tenure. The other defensive changes included the hiring of Sean Desai as associate head coach and Karl Scott as defensive passing-game coordinator and DB coach. They agreed to hire Ed Donatell to a senior assistant position before the Minnesota Vikings offered him their DC job.

It’s not a coincidence that Hurtt, Desai and Donatell have spent time working under Vic Fangio. Carroll plans to incorporate aspects of Fangio’s popular scheme as Seattle’s defense evolves from its post-Legion of Boom days.

According to former NFL safety and current ESPN analyst Matt Bowen, one hallmark of Fangio’s defense is DBs shifting before the snap in order to disguise looks. That could be one way for the Seahawks to put Adams in more advantageous blitzing situations than he faced a year ago.

However they do it, Hurtt and Carroll need to coax more playmaking out of Adams, especially with the uncertainty over two of their other defensive cornerstones returning. Linebacker Bobby Wagner has a $20.35 million cap charge that might be prohibitive, while safety Quandre Diggs is scheduled to be an unrestricted free agent.

“Jamal is still a difference-maker,” Hurtt said. “How we use him, that’s going to be on me. It’s our responsibility, my responsibility to make sure we put him in positions so he can be at his very best and we know how great he is in doing that.”