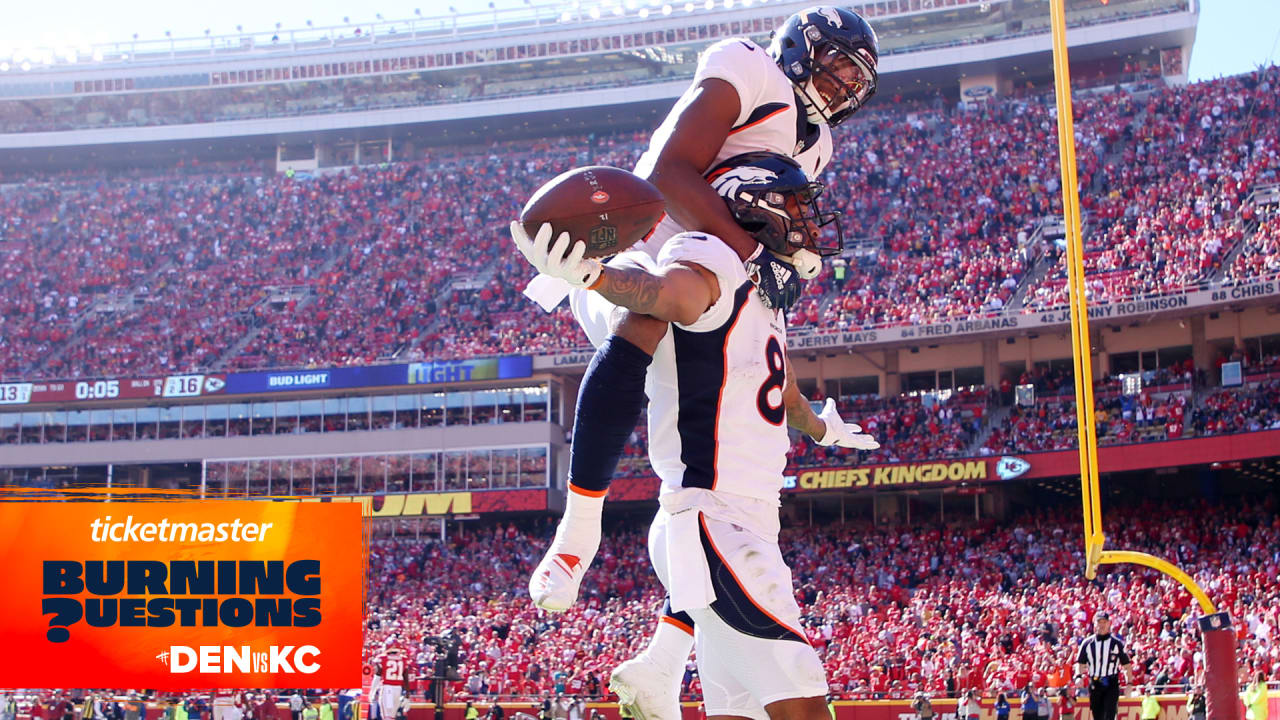 KANSAS CITY — The Broncos’ biggest game in half a decade has almost arrived.

When the lights of GEHA Field at Arrowhead Stadium flicker on and “Sunday Night Football” kicks off, the Broncos will have a chance to earn their best win since Super Bowl 50.

The stakes couldn’t be higher, as the Broncos can snap an 11-game losing streak to the Chiefs and snag the AFC West lead with a win. The Broncos haven’t held a share of the division lead this late in the year since winning their last division title in 2015. The Broncos could also snap a six-game losing streak on “Sunday Night Football” that dates back to an overtime win over the Patriots in 2015.

Safety Justin Simmons, who has found personal success vs. Kansas City but has yet to beat the Chiefs, said the matchup was “without a doubt” the biggest of his career.

“Everyone knows if you want to be where the Broncos are used to being, you’ve got to beat Kansas City, and especially at Arrowhead,” Simmons said this week. “So, I’m really excited for Sunday night. What an opportunity — a big win this past Sunday and a chance to have a bid for first place in our division with a win.”

The challenge, though, may be the biggest of the season for the Broncos. Just three Broncos quarterbacks have ever won at Arrowhead in December, and quarterback Patrick Mahomes holds a 7-1 record at home in the calendar’s final month.

After struggling to a 3-4 start to the season, Kansas City has earned four consecutive wins and reasserted itself as the division leader.

On Sunday, that could change.

These are the questions the Broncos will have to answer to regain the top spot in the AFC West:

CAN THE BRONCOS’ DEFENSE LIMIT MAHOMES AND CO.?

The season-long stats don’t suggest that Kansas City’s offense is at its prior heights, but the Chiefs’ offense may be finding its form. Despite ranking ninth in scoring offense and 31st in giveaways, the Chiefs have had a bit more success in recent weeks. They posted a 41-point performance against the Raiders in Week 10, and they’ve recorded 13 plays of at least 20 yards over the last two games.

“They’re back to being the Chiefs again,” Head Coach Vic Fangio said this week.

The Broncos, though, should be poised to match up with Kansas City. Simmons and AFC Defensive Player of the Week Pat Surtain II lead a revamped secondary, Bradley Chubb has returned to provide a boost to the team’s outside linebacking corps and Kenny Young and Baron Browning have shored up the team’s front-seven. If this defense can play like it did last season in Arrowhead, the Broncos should have a fighting chance.

A year ago, the Broncos held the Chiefs to 22 points — and they held the upper hand in situational football, as the Chiefs were 3-of-10 on third down and didn’t score a touchdown in four red-zone opportunities.

This year’s unit is healthier and more talented, and it should have a chance to also force some mistakes. The Chiefs have turned it 22 times, which was second-worst in the league entering Week 13. Mahomes is one interception from tying his single-season career high, and he’s posted a passer rating of over 75 just once in the last five weeks.

If the Broncos can find similar success on third down and in the red zone while also forcing a turnover or two, they should limit a Chiefs offense that has posted more than 20 points just twice since Week 5.

Kansas City will make its share of plays. The difference in Sunday’s game may be how the team responds.

“I think from a defensive standpoint, that to me is why I love the game,” Simmons said Wednesday. “They get paid too. They’ve got great playmakers across the board. They’re going to hit their big plays. From a defensive perspective, you’ve always got to have that next-play mentality. You can always change the game the next play. So even if they hit a big bomb and they’re in the red zone, that next play, you’re able to negate that and change the game. That’s one of the biggest points of emphasis and it’s something that’s always in the back of my mind. I keep saying it, but I’m just excited for Sunday.”