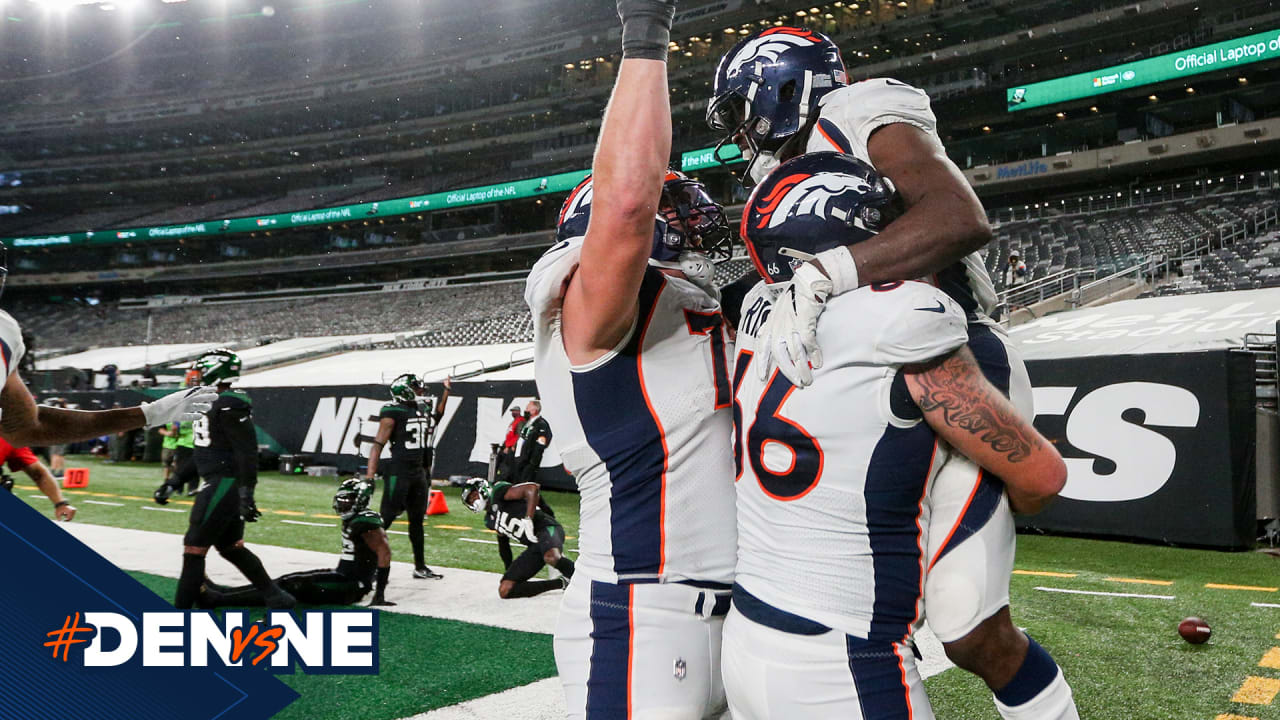 ENGLEWOOD, Colo. — It’s been quite the week.

As the Broncos prepare to play the Patriots in Foxborough, there’s been as much unknown surrounding this game as any in recent memory.

Drew Lock appears to be nearing a return to the field, but it remains uncertain whether he or Brett Rypien will start in Week 5. Cam Newton remains on the Patriots’ Reserve/COVID-19 list, but it is still possible that he could play this week. Then, of couse, there’s the matter of the game itself. The Patriots did not practice and met virtually on Wednesday, Thursday and Friday to ensure they could avoid a COVID-19 outbreak, and the NFL announced Thursday evening the game would be moved from Sunday afternoon to Monday.

Until Monday, we may not fully know who will start for either team at quarterback — or if the game is able to proceed as scheduled.

The Broncos, though, are prepared no matter the circumstance.

“From the start of this season — all the way back to when training camp started — we all knew that the NFL would not go clean with no positive tests for the entire season,” Fangio said. “We knew there would be some positive tests and that those positive tests would cause some inconveniences and change of schedules and adjustments. And it just so happens now that we’re part of the adjustments because New England is our opponent this week — they’ve had some positive tests — so, it’s on us to be able to adjust, adapt and improvise and be ready to play the game on Monday night. I’m confident that we will do that.”

When the game does kick off, there will be plenty on the line for the Broncos. After starting 0-3, Denver rebounded to beat the Jets on “Thursday Night Football” and now may face a Patriots team that has neither Newton nor 2019 Defensive Player of the Year Stephon Gilmore. No matter who is in the lineup, though, the impact of a Denver win should not be overlooked. With a win on Monday, the Broncos would be staring down a Week 6 game against a now 1-3 Dolphins team for a chance to get back to .500 on the season.

As the Broncos continue to prepare for a game during the most unusual of weeks, these are the questions that will decide if Denver can earn its second win of the season.

Who will play quarterback for the Patriots?

As the Broncos prepare for Monday’s game, they may need to prepare for two entirely different game plans. If Newton is able to return from the Reserve/COVID-19 list, the Patriots may well return to the style of football they played in the first three weeks of the season. With Newton at quarterback, the Patriots averaged 35 rushing attempts and 30.3 passing attempts per game. In Week 4, which featured both Brian Hoyer and Jarrett Stidham, the Patriots ran the ball 35 times and passed it on 37 occasions. Granted, the Patriots were trailing for much of the game, which may have skewed their passing attempts. The real difference, though, lies not in the total number of rushing attempts but _where _those carries are distributed. Newton carried the ball 15 times in Week 1, 11 times in Week 2 and nine times in Week 3. If Newton is in the lineup, the Broncos will have no choice but to respect his ability to carry the ball. That may require the Broncos to keep its base defense on the field or at least keep more players in the box, which would put stress on a secondary that will seemingly be without A.J. Bouye, who remains on IR.

The former league MVP has the ability to beat teams both on the ground and through the air, which makes it difficult to prepare for him. In Week 1, he racked up 75 yards and two touchdowns on the ground while completing an efficient 15-of-19 passes. A week later, Newton threw for nearly 400 yards in Seattle. The Broncos would likely be less concerned about a dual threat if they were to face Hoyer or Stidham, who combined to go 20-of-37 for 190 yards, one touchdown, three interceptions and a pair of costly sacks in Week 4.

Safety Justin Simmons said Thursday the Broncos were preparing for Newton to start, but that they’ll be ready for any contingency.

“We have film, we’re watching other things and we’re preparing for this, that and the other,” Simmons said. “As of right now, you just have to be able to prepare for what you’re going to expect. Part of being a professional is handling the unknown the best possible way you can.”