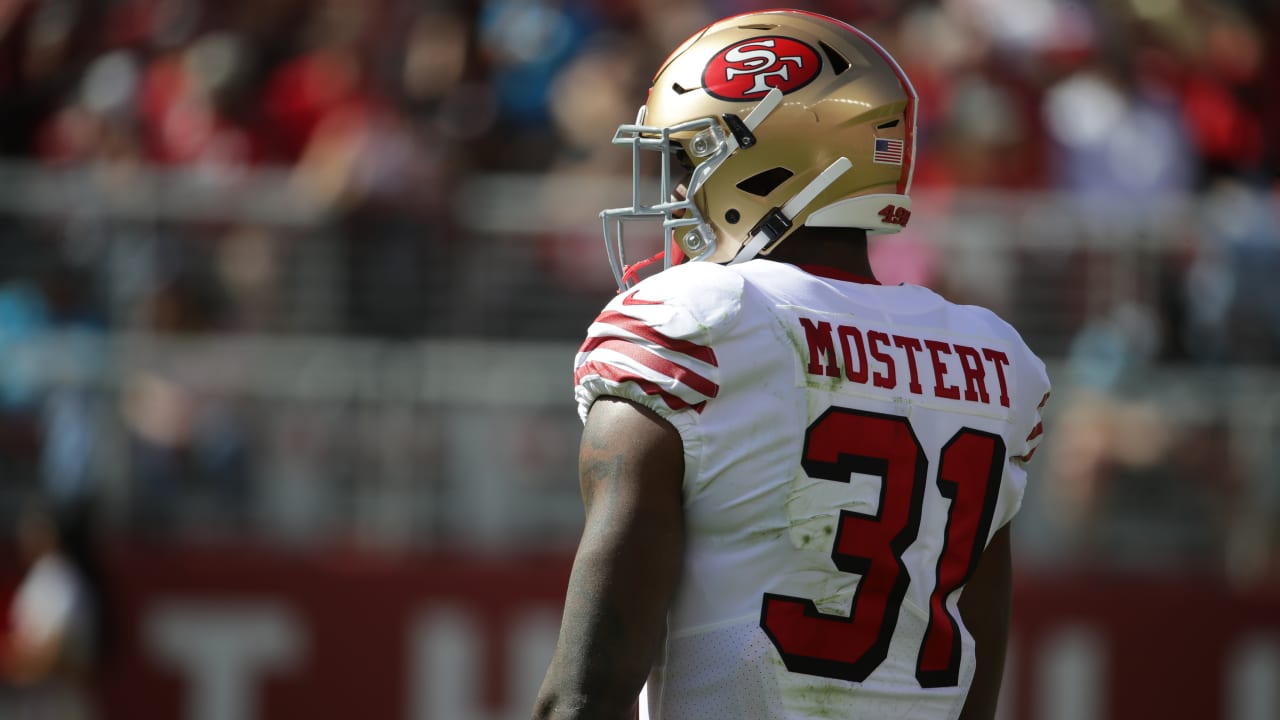 It’s not perfect – far from it, in fact.

But it is a lot better than it has been in a while.

And it’s the best quarterback ﻿Nick Mullens﻿ has experienced this season.

The 49ers have a huge game Monday night in their new digs as tenants of the Arizona Cardinals. They face the playoff-bound Buffalo Bills. And Mullens will finally be able to line up with the 49ers top running back and two best wide receivers.

Running back ﻿Raheem Mostert﻿ and wide receiver ﻿Deebo Samuel﻿ are back for a second week in a row. And rookie wideout ﻿Brandon Aiyuk﻿ will be on the field with the other two for only the second game this season.

“Yeah, that’s awesome,” Mullens said. “I’ve loved working with Brandon since camp. I really think he’s a great player. And then just to have everybody back, it makes this team better.

“We got Deebo back and we got Raheem back. We got Jeff (Wilson Jr.) back and to see how much better those guys are with the ball in space it makes this team better.”

Of course, tight end ﻿George Kittle﻿ is not back. But this year – of all years – you can’t get too greedy.

“The more guys we can get back to make us better as an offense, it’s a blessing and a we’re pumped,” Mullens said.

Obviously, this has been a frustrating season with all the injuries to key players at key positions.

“That’s frustration you deal with every year as a coach,” he said. “I know this year has probably definitely been the worst, so it’s been frustrating. Not just for me, but everyone in the building. I’m sure the fans, too.”

While the playoffs remain as a bit of a long shot with five games remaining in the season, the 49ers dramatic win in Week 12 over the Los Angeles Rams put the team in position for a postseason run.

It is difficult to say what kind of impact the 49ers abrupt move to Arizona will have on the team. But this team seems uniquely built for upheaval and chaos.

There have been a lot of circumstances working against the 49ers all season, including their well-documented list of injuries.

The 49ers seemed to rally around each other after receiving word they were being kicked out of Santa Clara County. They did not always play well during their victory over the Rams last week, but they played hard and rose to the occasion in the important spots of the game.

Shanahan and defensive coordinator Robert Saleh have pushed all the right buttons tactically and emotionally with this team. Yes, the 49ers were 13-3 last season, but Shanahan and his staff might actually be doing a better job this season.

That’s difficult to say, but it has taken a deft touch from the leadership to prevent this season from being tossed into the black bin at the curb.

This game against the Bills is crucial.

The 49ers (5-6) cannot afford to give up any more ground in the NFC playoff chase.

The longer the 49ers remain in the playoff picture, the better chance they will have to pull it off.

After all, there remains the possibility ﻿Jimmy Garoppolo﻿ and Kittle could be riding in to provide additional resources for final couple weeks of the regular season.

Is help along both fronts the Dallas Cowboys…