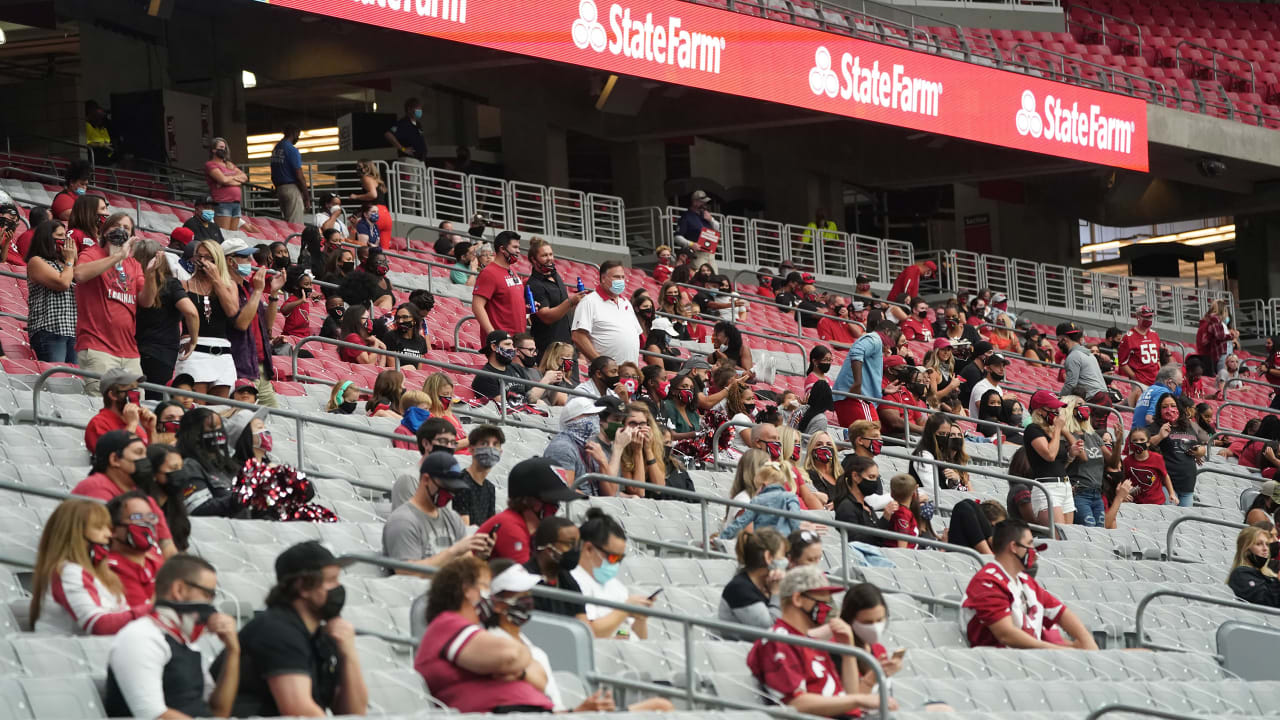 Fans – albeit a limited amount – will be allowed at State Farm Stadium for the Cardinals’ next home game against the Seattle Seahawks.

The Arizona Department of Health Services is allowing the Cards to host approximately 1,200 spectators for the game on Oct. 25, which will allow season-ticket members the chance to attend a game for the first time this season.

Seats will only be available to season-ticket members, chosen through account seniority order. To accommodate the greatest number of season ticket holders, seats will only be sold in quantities of two, and will be assigned using local and state COVID-19 guidelines

Season-ticket holders will be contacted via email today with details.

There will also be addition protocols in place to make the game as safe as possible.

This allowance is for the Seahawks game only. Decisions about fans attending any home games beyond Oct. 25 will be determined and announced at a later date.

The last time the Cardinals played at home, Sept. 27 against the Lions, they were allowed about 750 spectators. Those spots were filled by family and close family friends of players, coaches and staff. That allowed for the testing of State Farm Stadium operations and COVID-19 protocols.

Not For A Second Does DeAndre Hopkins Seem…