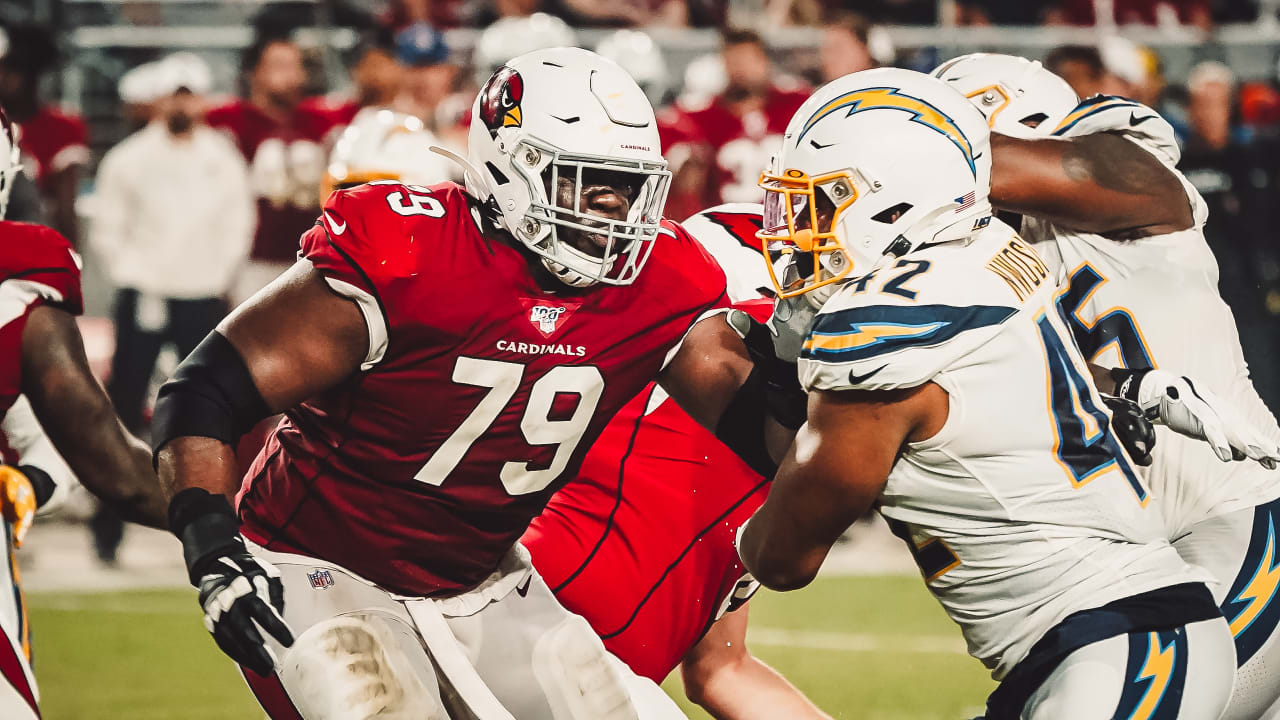 The Cardinals took a long look at Korey Cunningham and Rees Odhiambo last week in the preseason opener against the Chargers.

There is still more to see.

Offensively, there may be no higher priority than to figure out who the team’s third tackle will be behind starters Marcus Gilbert and D.J. Humphries. Given the duo’s injury history, it would be naïve to think a third starter would not be used at some point this season. At this point, however, there are no clear answers.

“Every coach in the league is looking for that third tackle,” Cardinals coach Kliff Kingsbury said. “We have some guys on our roster that have the ability and hopefully can play into that throughout preseason. There are not a lot of those dominant tackles around.

“I like what Rees and Korey have done as far as progressing, but when the lights are on, now they have to step up and prove they can do it week in and week out.”

Both Cunningham and Odhiambo played 42 of a possible 68 offensive snaps, joining fellow backup offensive linemen Jeremy Vujnovich, a guard, and rookie Lamont Gaillard, a guard/center. But the interior of the line has more clarity than outside.

Odhiambo, in his fourth season, started seven games for the Seahawks in 2017. Cunningham, the Cards’ seventh-round pick in 2018, played six games last year, all starts, to mixed results before going down with a season-ending injury.

“I definitely think my confidence level is up,” Cunningham said. “I wasn’t as nervous as I was last year, when my eyes were as big as all get out. It helps starting those games last year.”

Both Odhiambo and Cunningham were flagged for two holding penalties each, not an ideal outcome. (Cunningham acknowledged one but said upon video review he wasn’t sure he should’ve been called for the other.) Profootballfocus.com, on their 100-point scale, graded Odhiambo at 34.9 and Cunningham at 50.9 in the game.

The reality is that the Cards would likely keep just one of the two players at tackle, with Gaillard and Mason Cole – if he were not to win the starting center job – strong candidates to serve as depth in the interior. Not that such a discussion comes up between Odhiambo and Cunningham.

“I just stay in my lane and work hard, so I can get that next tackle spot,” Cunningham said.