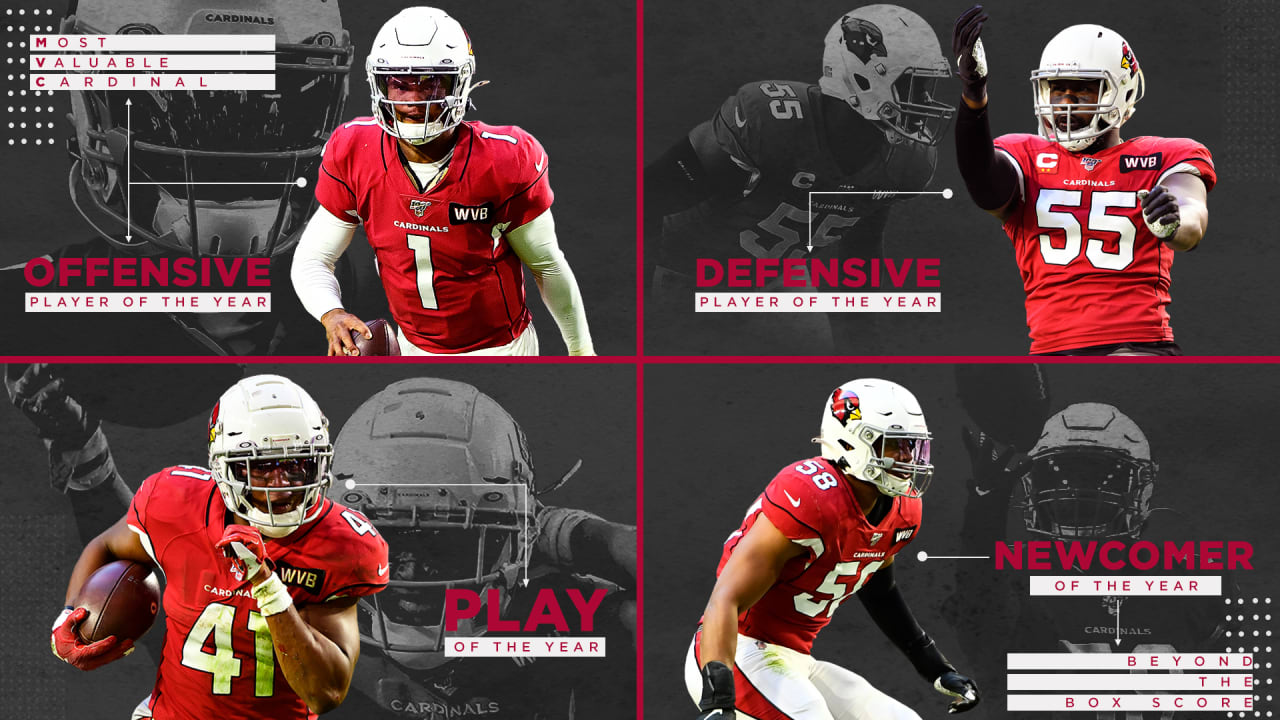 “Not only because of the numbers he had, but because of how timely his plays were. Whenever the defense needed a big play: boom, the monster appeared! Mr. ‘C-Sacks’ Jones, always delivering on time.” – Gabriel Trujillo, Spanish play-by-play announcer/producer

“It’s hard to argue against the work Jones did this season, and it’s evident in his copious accolades. The linebacker was voted first-team All-Pro at the end of the season, named NFC Defensive Player of the Month for December and named to the Pro Bowl. He posted 19 sacks, second in the NFL, and for a while was on watch to break Michael Strahan’s sack record. Jones anchored an inconsistent defense and created havoc for opposing quarterbacks. He has emerged as a leader for the team, and it’s troubling to imagine what a Jones-less defense would’ve looked like for the Cardinals this season.” – Sandy McAfee, digital platforms coordinator

“He’s in that super top-rusher bracket that every team hopes to develop or get one day on its team. Chandler has proven everything to the Cardinals, and still puts the time in every single year! Love watching him play. He’s a really big threat to opposing offensive lines. They know the BOOM is coming.” – Rolando Cantu, former player/radio analyst