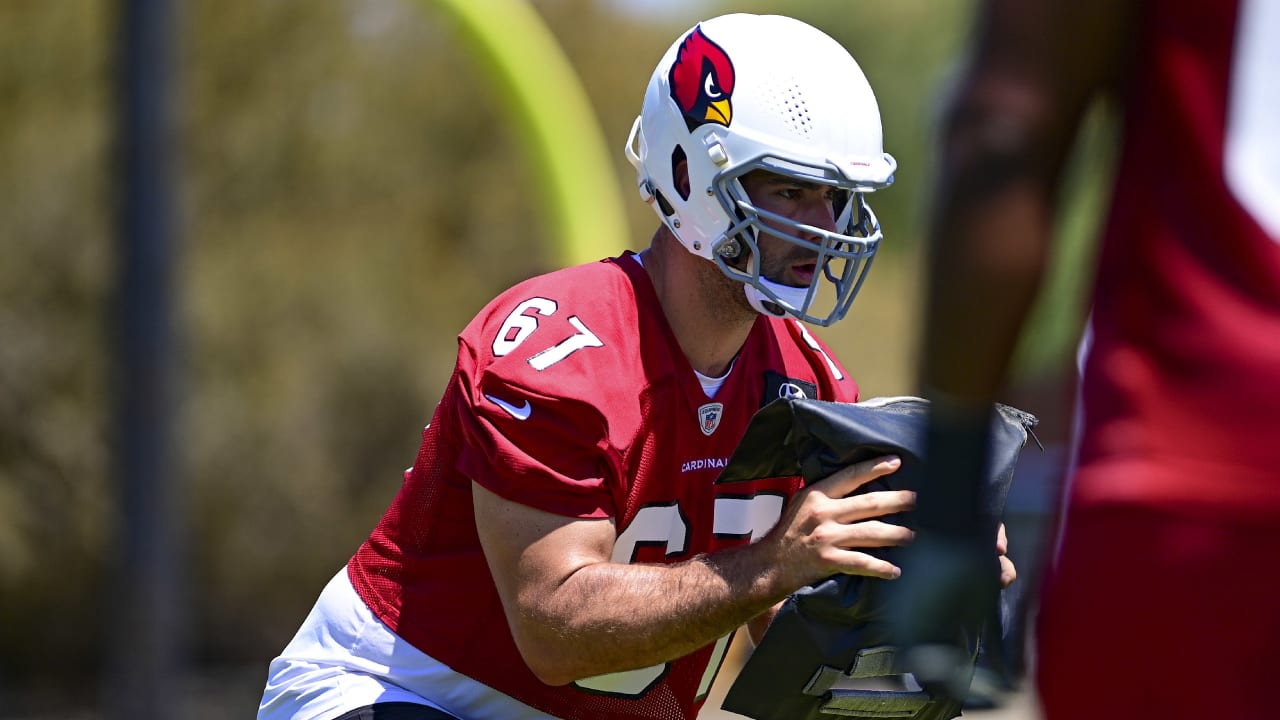 There were reports the Cardinals were considering spending their first-round pick on a center. They have also had in for a visit free agent Billy Price, who played with the Giants last season.

Pugh is close with Hudson, having him at his bachelor party and wedding this offseason. But he said he doesn’t talk football with his teammate, and whatever Hudson and the team are discussing now is “above my paygrade.”

Pugh made it clear, however, that his decision to nearly retire after last season came from frustration about taking a paycut for the season, and he had already begun to transition to a post-football life when GM Steve Keim reached out about a return.

“I kind of went out on my own terms, but someone has to block Aaron Donald, so they needed to bring me back,” Pugh said with a smile.

Pugh said he had a number in mind it would take to get him to play – the Cardinals signed him to a $5.5 million salary for the year – but the sting was real a season ago, when the Cards shaved about $3 million from his compensation.

Pugh is in a better place now, noting that he attended a concert with Keim this offseason that had to come after he signed his new deal.

His weight had dwindled to 265 as he got ready for his wedding and began to move to a post-NFL life, but Pugh said he is back to consuming 5,000 smart calories a day to get back to his proper playing weight by training camp.

Now the Cardinals and Pugh will see if he is at left guard or perhaps center, as the Hudson situation plays out.

“Until they can bring someone in who can actually replace me, they’ll have to pay me,” Pugh said. “That’s the business. I proved myself valuable enough last year to come back.”

Tags: he his pugh