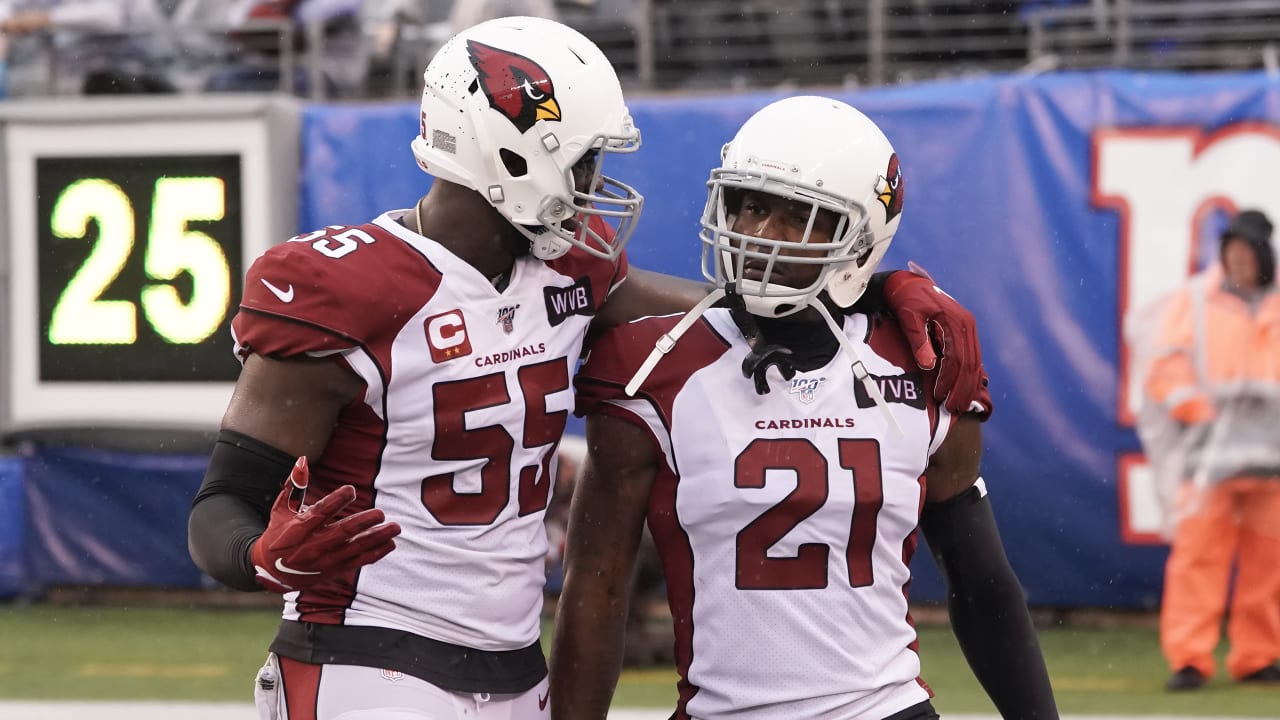 Jones said he would have been fine if the Cardinals went offense at No. 8, but once Simmons dropped, he was happy Keim pounced.

“Watching a guy like that, you can’t not draft him,” Jones said.

Predictably, the young replacements took their lumps, as the Cardinals finished 27th in the NFL by allowing 7.0 net yards per pass attempt.

If the Cardinals can turn things around, much of it will be due to improvement from the defensive backs. Peterson and Alford are ready to contribute in Week 1, while Jalen Thompson formed a nice tandem with Baker down the stretch. If Byron Murphy can play well in the slot, the secondary could be much-improved.

“With me and Pat being back, and Budda, I feel like the sky is the limit for us in the back end, and for us as a whole on defense,” Alford said.

The Cardinals must make major strides in order to leave 2019’s struggles in the rearview mirror, but between the roster upgrades and the cohesion that developed late in the year, the group believes it is well on its way to a turnaround.

“It’s not like we’re going to go out there fishing for plays or fishing for certain things to work,” Peterson said. “(Joseph) knows what works. He knows what certain players like. He’s going to run with that, and I believe if we can do that for 17 weeks — keep teams out of the end zone and hold them to that 15-point mark, which is our goal every Sunday — we can be a top-tier defense.”