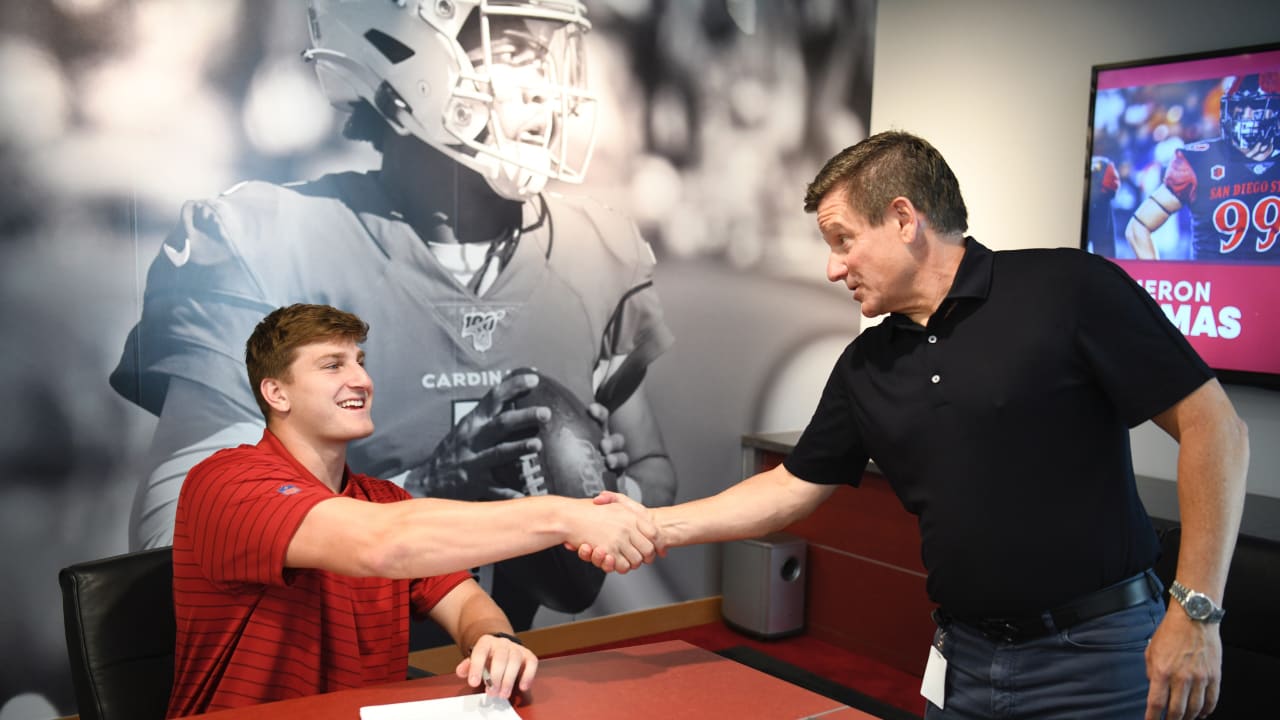 The Cardinals now have their entire draft class under contract.

Third-round pick Cameron Thomas signed his four-year deal Wednesday, the last of the team’s eight draft picks that had been unsigned.

Both of the team’s third-round picks, Thomas and Myjai Sanders, are edge rushers the Cardinals hope can bolster a pass rush that lost Chandler Jones to free agency this offseason.

The Cardinals were able to wrap up their draft pick signings earlier than in 2021, when it took until June 9 to get their last draft pick, Rondale Moore, under contract.

The urgency of signing players has lessened over the last decade as rookie contracts are slotted.

The Cardinals finished up their third OTA on Wednesday morning, and have three more scheduled next week starting Wednesday.

How NFL Career Began Not Whole Story For Ronnie…