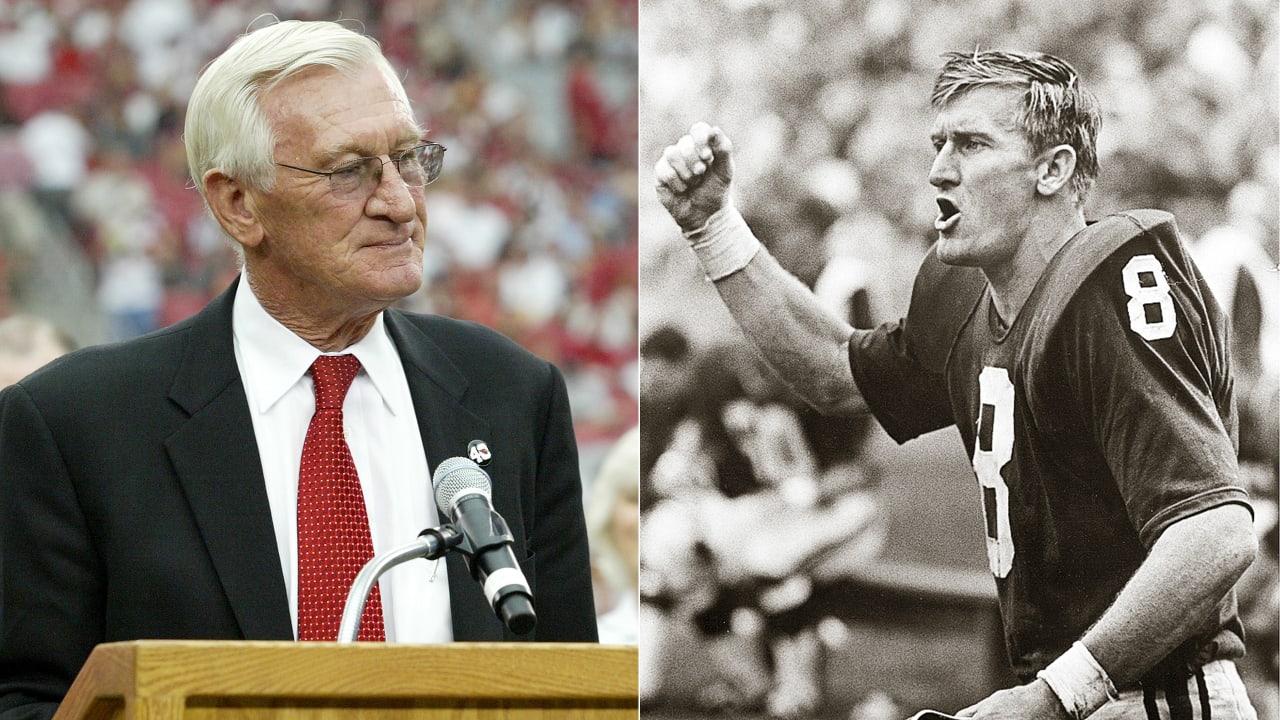 Larry Wilson, the Cardinals’ Hall of Fame safety whose play made popular the safety blitz in the NFL and who worked for the franchise for more than 30 years after his playing days, died Thursday night. He was 82.

Drafted in the seventh round in 1960, the 6-foot, 190-pound Wilson emerged as the best defensive player – and, until Larry Fitzgerald arrived, arguably the best player period – to ever play for the Cardinals.

“In a football game, you’ve only got 60 minutes to prove what kind of player you are,” Wilson once said. “Forty-nine minutes aren’t enough. You’ve got to give 100% on every play.”

Cardinals owner Michael Bidwill said that aside from his father, Bill Bidwill, Wilson was “the most influential male figure in my life.”

“He was someone who truly lived his faith and demonstrated it daily in the kindness he showed every single person he met,” Bidwill said. “Any of us lucky enough to be in his orbit – whether that was for a few minutes or four decades – was always better off from the experience. I will remember Larry Wilson first as a fantastic person but then obviously as one of the greatest players the National Football League has ever seen.

“It’s fitting that his passing coincides with the league’s 100th birthday because his toughness and the way he revolutionized his position make him one of our game’s most unforgettable figures. Whether on the field playing with casts on both hands or brightening the lives of every person he knew, Larry’s selflessness defined who he was and how we will all remember him.”

Wilson was drafted as a halfback, but in danger of being cut, was switched to safety before the team’s final preseason game of his rookie year. Over his 13 seasons, Wilson collected 52 interceptions and was first-team All-Pro five times and a second-team All-Pro another season, and was named to eight Pro Bowls. He was named NFL defensive player of the year in 1966. He had at least two interceptions every year of his career, grabbing 10 in 1966 during the 14-game season.

Tags: his was wilson