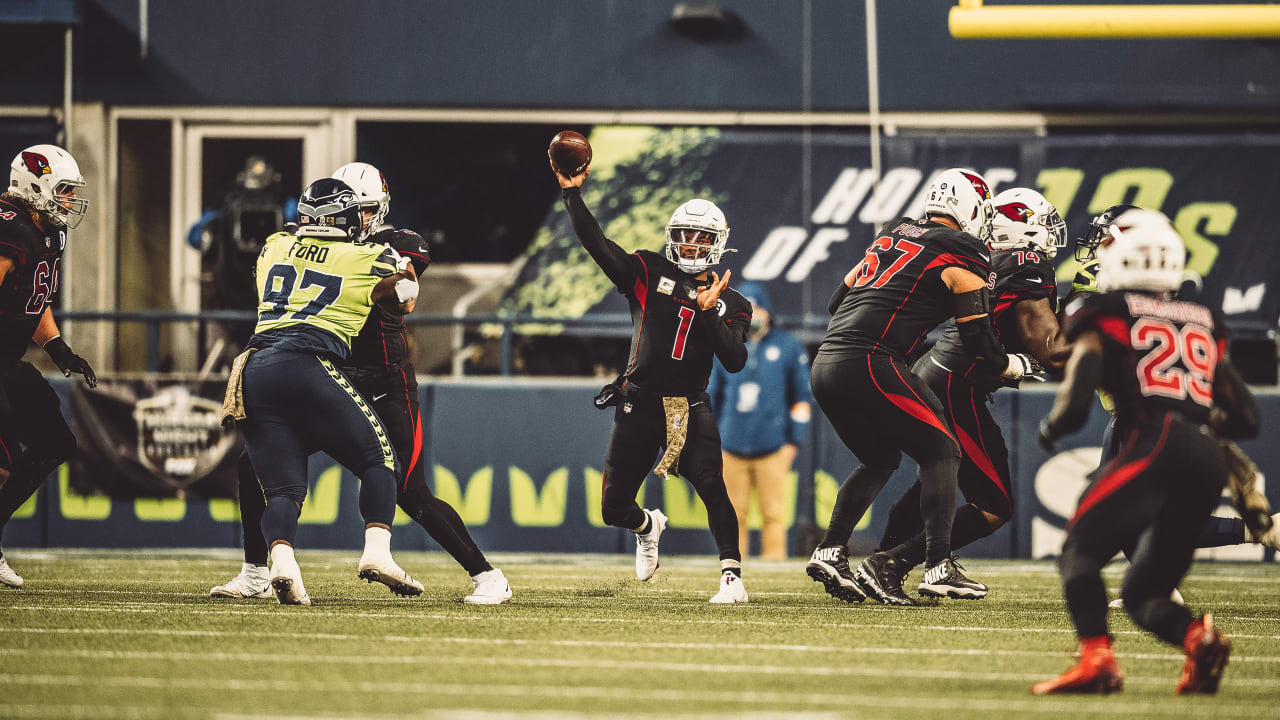 Kliff Kingsbury said he was “not sure about the extent” of a shoulder injury suffered by quarterback ﻿Kyler Murray﻿ early in Thursday night’s loss in Seattle.

The coach reiterated Murray got hurt on a sack by L.J. Collier in which fellow Seattle defensive lineman Carlos Dunlap landed on Murray, driving Murray’s right shoulder into the turf, but “that’s about all I know.”

Murray said after the game “I’m good” and he did not miss any plays.

Kingsbury did not confirm or deny an NFL Network report that Murray hurt his AC joint. The same report said Murray is not expected to miss time.

Murray completed 29 of 42 throws for 269 yards, two touchdowns and no interceptions, and was sacked three times. The Seahawks did a good job containing Murray running the ball, with the QB gaining just 15 yards on five official carries.

Kingsbury was asked how much he thought the shoulder issue impacted Murray’s play.

“I thought he competed well throughout the game,” Kingsbury said. “I’ll have to sit down, when we watch the film together, and talk through that. But I thought he played tough, played physical. You could tell he was hurting a bit, but he pushed through it and gave us a chance to win at the end which says a lot about his character and mental toughness.”

Kingsbury said safety Jalen Thompson left after aggravating the same ankle injury that landed him on Injured Reserve this season. Thompson had to be helped off the field without putting any weight on his right leg.

“Hopefully it’s not as bad as it was the first time,” Kingsbury said.

Meanwhile, defensive lineman Jordan Phillips, now out at least three weeks after going on IR with his hamstring injury, is “wait-and-see” in terms of his return.

“We’re hoping he’ll be back but that hamstring has to heal up,” Kingsbury said.