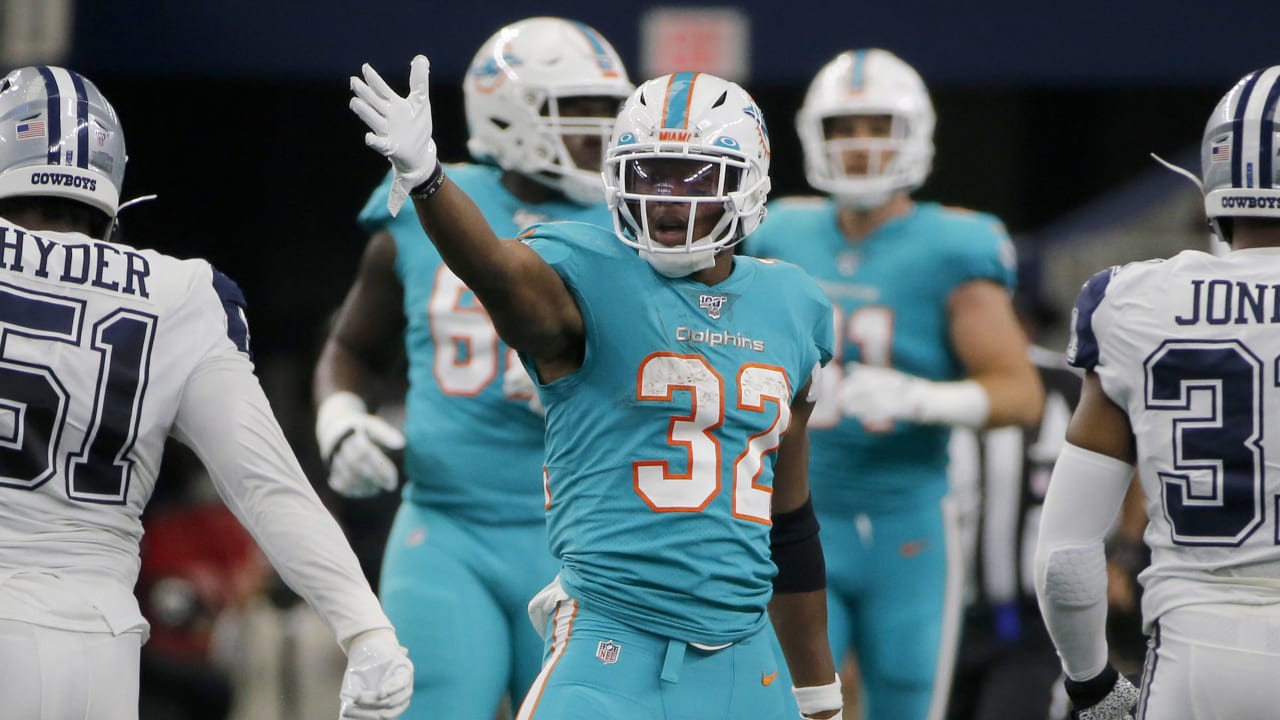 Kingsbury acknowledged it has been a different situation for him having to teach new players the offense at this point in the season – when coaching in college, if a couple of running backs got hurt, “you’re like nine deep, so you keep rolling through.”

“Chase is the only back that’s been here (healthy) and he knows the offense obviously,” quarterback Kyler Murray said. “It was a one-two punch with him and Dave, and Dave being hurt, he’s our guy, him being down is definitely tough. But guys have to step up.”

The Cardinals had been running the ball well, but came up against the ninth-ranked Saints rush defense. Edmonds and Zenner combined to rush for eight net yards on eight carries. Finding a semblance of a running game is crucial going forward, with excellent run defenses ahead in the 49ers and Buccaneers.

“We can work with anybody, we can open up holes for anybody,” guard J.R. Sweezy said. “Every (back) is a little bit of a difference. Even David to Chase, they were slightly different, and we knew that, we knew how to play into that.

“But we’ll work on it this week and get to know everybody (playing) a little better.”

Drake will be an unrestricted free agent after the season, which will make for an interesting case after the year. Either the Cardinals could keep him around – Johnson and Edmonds are still under contract next season – or if he were to leave as a free agent, he could potentially net a compensatory draft pick.

Drake was just the latest veteran dealt by the woeful Dolphins, and it had become apparent in recent weeks he would be sent somewhere. In his three previous seasons, Drake averaged 4.7 yards a carry had had 94 receptions. This season, with the Dolphins considered by most the most talent-shallow in the league, he has 174 yards rushing on 47 carries and another 22 catches for 174 yards.

“David and Chase are a little bit beat up, and that’s what happens when they are taking the bulk of the carries,” wide receiver Christian Kirk said. “I played against Kenyan in college when he was at Alabama, and he’s a dynamic player, a tough guy and can do it all. He’ll bring a dynamic kind of spark for us.”

The Cardinals did not practice Monday, but were required by the league to put out an estimated injury report if they had. Tight end Charles Clay (back) would have been limited. A host of players would have been DNP: defensive lineman Zach Allen (shoulder), tight end Darrell Daniels (ankle), linebacker Dennis Gardeck (ankle), linebacker Cassius Marsh (concussion), tackle Justin Murray (knee), linebacker Haason Reddick (knee), wide receiver Trent Sherfield (knee) along with Edmonds and Johnson.

Tags: he him running