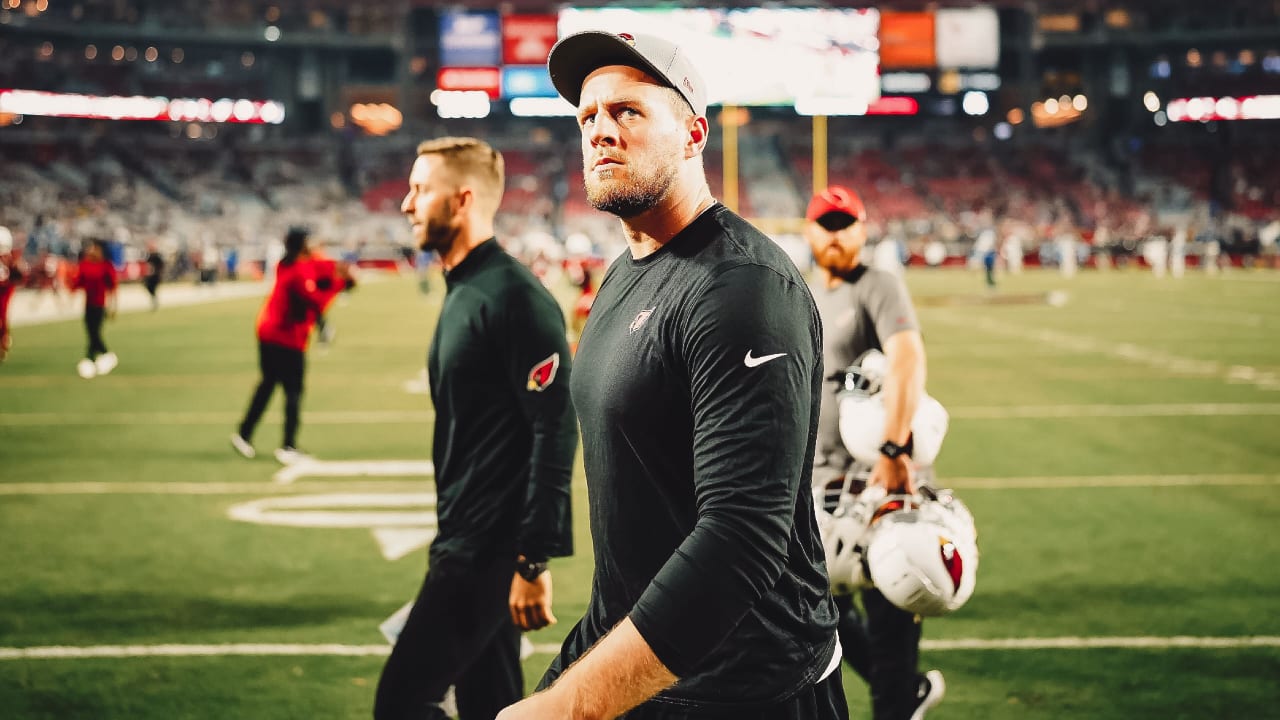 Watt has been out since tearing up his shoulder against the Texans Oct. 24. At the time, it was potentially season-ending, but the Cardinals never closed the door on a Watt return and Watt has been mostly silent on the subject, save for an interview with a young Houston YouTube journalist.

In that interview, Watt said he was originally told it would be a four-to-six month injury.

Kingsbury didn’t give any hints as to how soon Watt could be activated off IR, although he did clarify that Watt will not play against Seattle. It’ll make next week’s practices ones to watch with Watt’s participation.

In seven games before his injury, Watt only had one sacks five tackles for loss and two passes defensed, but he was clearly a presence on the defensive line and had seemingly found his comfort level in the Cardinals’ defense just as he went down.

“Having J.J. (potentially) back is huge,” safety Jalen Thompson said. “He’s a leader for us and just having a guy like that on the defensive line getting pressure on the QB, it’s always a big help.”

Watt isn’t the only potential re-addition to the defensive line; Kingsbury said he still expects Jordan Phillips (knee) to come back, although it wasn’t sure if it would be the first round of the playoffs or beyond.

Watt is in the same situation, and “it was just time to get him back on the grass,” Kingsbury said.

The veteran already had made some road trips and was integrated back into the locker room and weight room. Having him on the practice field can only be a positive heading into the postseason.

“It’s big time to have that type of player to come back and be around your guys,” Kingsbury said. “Everybody in this building has the utmost respect for what he’s accomplished and how he works and what he’s about. He leads through his actions and his words.

“Guys definitely perk up anytime ’99’ is around.”