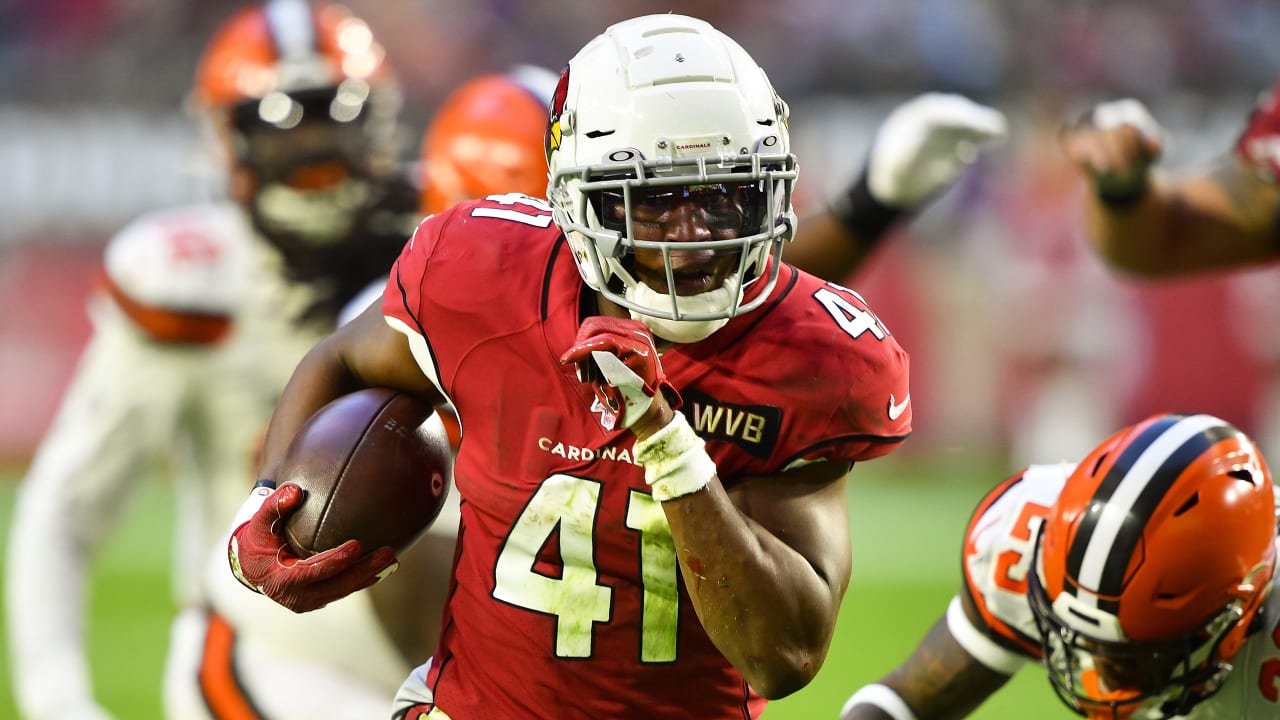 With July here and training camp scheduled to start soon, azcardinals.com will take a look at the Cardinals’ individual position groups during this quiet time in the NFL, and give our opinions about where the groups stand prior to camp. Today, running backs.

Drake was a revelation after joining the team midseason, and is back as the clear workhorse of the group. He averaged 5.2 yards per carry and scored eight touchdowns in eight games with the Cardinals in 2019. If Drake can register similar output in 2020, the rushing attack will be in great shape. Edmonds had a nice season as well, averaging 5.1 yards per carry and excelling in his stopgap games as a starter. Edmonds should have a role on offense and is a critical insurance policy if Drake gets hurt.

Benjamin slipped to the seventh round of the draft, but he landed in a fortuitous spot. The Cardinals don’t have much depth at running back and Benjamin seems likely to make the team provided he looks the part in camp. Foster is the best special teams player and receiver among the running backs, and that versatility will help his cause to make the roster. Ward is an undrafted free agent out of Central Michigan who will aim to leapfrog the favorites and make the team.

Drake and Edmonds are a nice 1-2 punch atop the depth chart, but coach Kliff Kingsbury has spoken about the need for depth at the position. Drake was acquired last year because Edmonds, Foster and David Johnson were all injured in the same stretch. If Benjamin shows burst early in camp, he will be the easy choice as the third running back. If not, there are plenty of veterans available at low cost that could be signed to shore up the position.