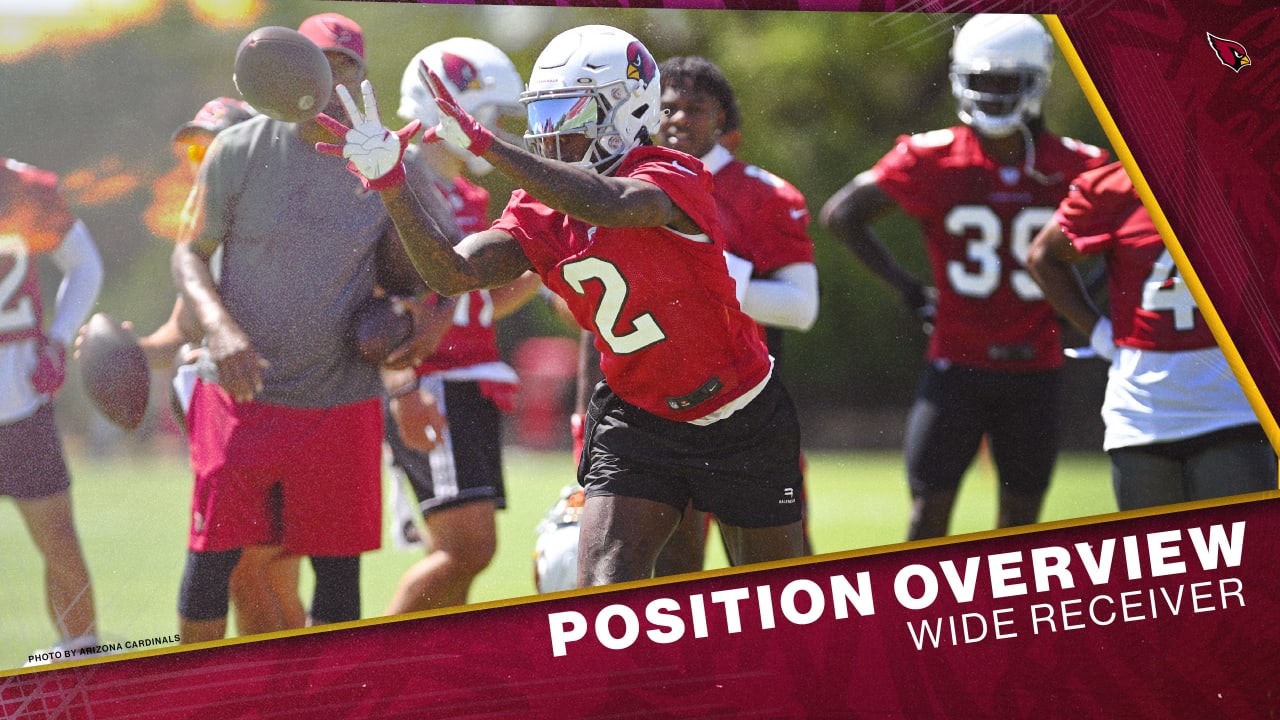 With July here and training camp scheduled to start soon, azcardinals.com will take a look at the Cardinals’ individual position groups during this quiet time in the NFL and give our opinions about where the groups stand prior to camp. Today, the series closes out with wide receiver.

When whole, the Cardinals should be happy with their receiving corps. If Moore has the breakout year he is hoping for, and Brown meshes as expected with QB Kyler Murray, then to be able to mix in Green against a team’s fourth cornerback or safety would be nice. Of course, that’s when Hopkins is playing, and of course, he is not for the first six games because of his NFL suspension. That’s one of the reasons Wesley has become a lock, because they will need him while Hop is sidelined.

Andy Isabella, who got permission to seek a trade and goes into the final year of his rookie contract, is still around. Whether he is still there by the time the regular season begins is an unknown, but with Hopkins down, the Cards may want to make sure they keep around a guy who knows the offense. Dortch made some inroads last year too, but given who is atop the depth chart, playing time and/or a roster spot will be difficult to come by for most on the fence.

Knowing Hopkins will be returning, it’s unlikely the Cardinals chase anyone else, especially when there are receiving targets at tight end and running back that can help pass the non-Hop weeks.