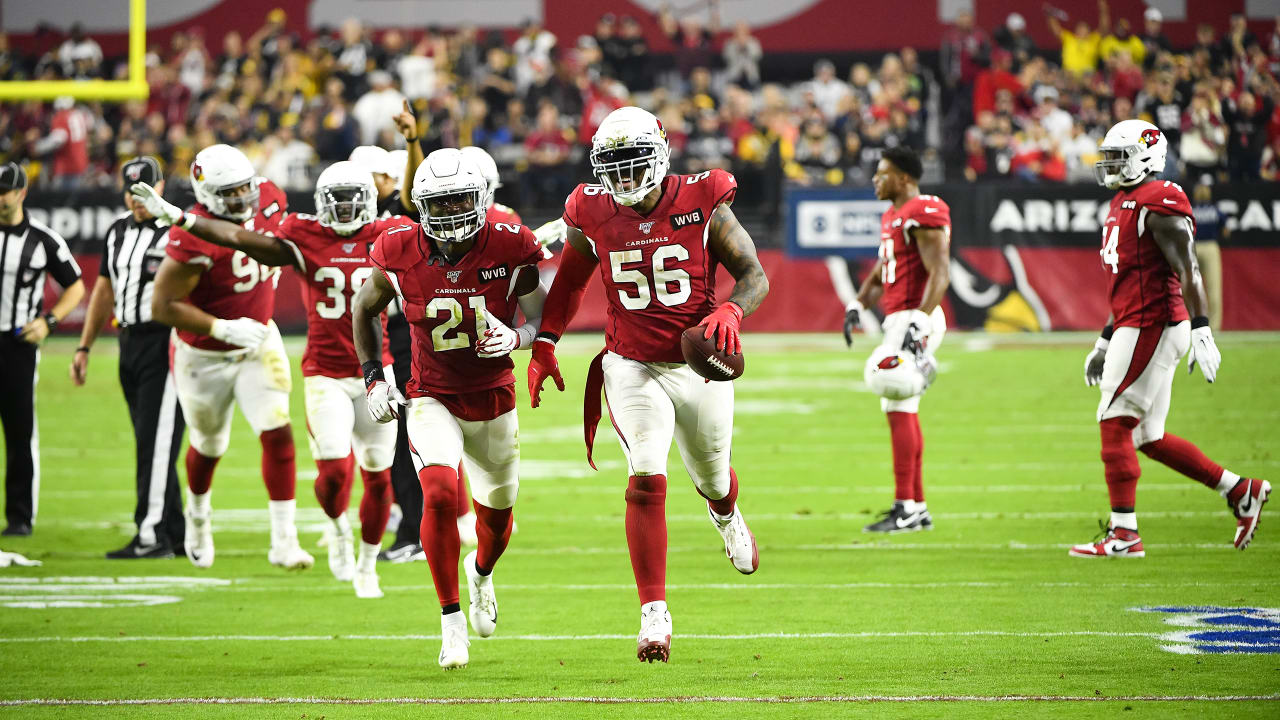 “Everybody knows that on day one, the NFL, it’s always business,” Reddick said. “It’s sad to see it happen. He’s a great guy, a great teammate. Nothing but respect for Sizz.”

Reddick was a defensive end in college but the Cardinals drafted him No. 13 overall in 2017 to play an off-ball linebacker role. The switch never took, and it’s clear Reddick is happier to be back on the edge.

“I hope I can show these guys in the last couple of weeks that, hey, this guy can play outside ‘backer,” Reddick said. “We can use him to rush, and not only that, but be a guy that is used to dropping into coverage and can drop in coverage for us when we need him to. As far as being an outside ‘backer, if I can show my value there, hopefully — if I’m here next year, if I’m still around — that’s where I start off, at the outside ‘backer position, and I can be effective from there.”

Reddick played six snaps against Pittsburgh. In the second quarter, he nearly registered a sack, disrupting the play enough to force one of Duck Hodges’ three incompletions in the game.

“I’m mad because I felt like he slipped through my grasp, and I really wanted to make a statement moving back to pass-rusher,” Reddick said.

Defensive coordinator Vance Joseph has been pleased with the early returns from Reddick, and with Suggs’ departure, he will have opportunities in the final three games to show his potential.

“So far, so good,” Joseph said. “He’s in a good place mentally. He’s happy to be there. Obviously he’s an explosive athlete. It takes time to learn the techniques of a rusher, but I think he has a chance to be a rusher.”

Left guard Justin Pugh (back) returned to practice on Friday and is questionable to play against Cleveland. Kingsbury said all of the Cardinals listed as questionable – Pugh, wideout Andy Isabella (shoulder), cornerback Kevin Peterson (shoulder) and linebacker Joe Walker (ribs) – should be available.

“I think they can go,” Kingsbury said. “We’ll see how they look on Sunday before the game, but I’m hopeful on those guys.”

Rookie tight end Caleb Wilson, the final pick in April’s draft, was signed off the Cardinals’ practice squad by Washington. The seventh-rounder had been on the practice squad all season.