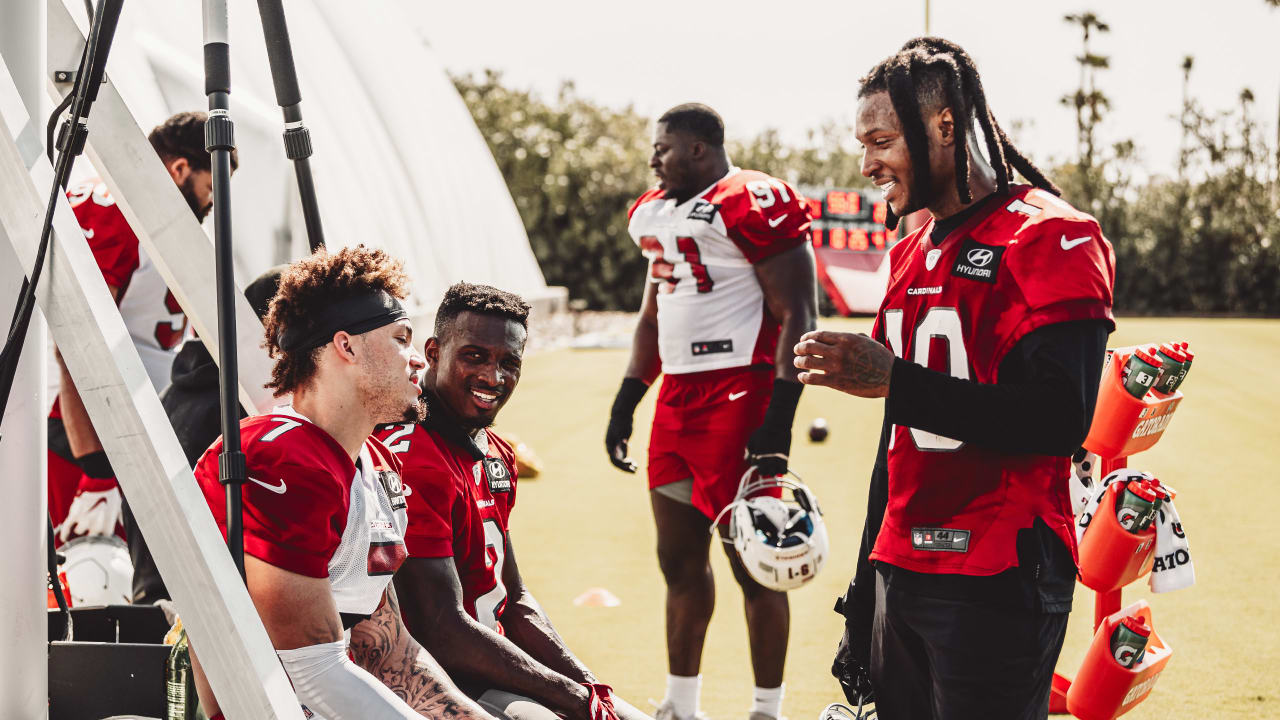 Green and Moore join Pro Bowler DeAndre Hopkins and Christian Kirk as an impressive receiving group. Chase Edmonds teams with James Conner for a new-look running tandem. Hudson fills a hole in what was a solid offensive line last season.

“If I don’t make stuff happen with what I’ve got, I’m not doing my job,” Murray said.

He’ll do it against a Titans’ defense that struggled much of the season last year, finishing 24th overall and with only 19 sacks as a team. They have tried to aid the latter with free-agent pass rusher Bud Dupree.

The Titans are about their offense ,however. Derrick Henry, a 2,000-yard rusher, punishes defenses and is has won back-to-back rushing titles. The Titans averaged more than 30 points a game and scored more than 40 points five times.

“The Titans’ offense starts with Derrick Henry,” safety Budda Baker said. “You have to be able to stop the run, especially on third-and-short. That’s what they’re great at. Stopping the run is the biggest thing. If not, you aren’t beating the Tennessee Titans.”

Watt, who has played the Titans twice a year in his career when with the Texans, knows the opponent well. He’ll be counted on to pressure Tannehill, as will Chandler Jones – who is coming back off an elbow injury that ruined his 2020, looking to get back to his 19-sack performance from 2019.

They’ll need that kind of showing against a team that some think can be an AFC Super Bowl contender, especially on the road.

“I love playing against the Titans,” Hopkins said. “Tennessee is a great team. You see what they do every year, especially since Mike Vrabel has been there. It’s definitely a test for us playing against a team who went deep into the playoffs last year.”

Tags: against Titans what