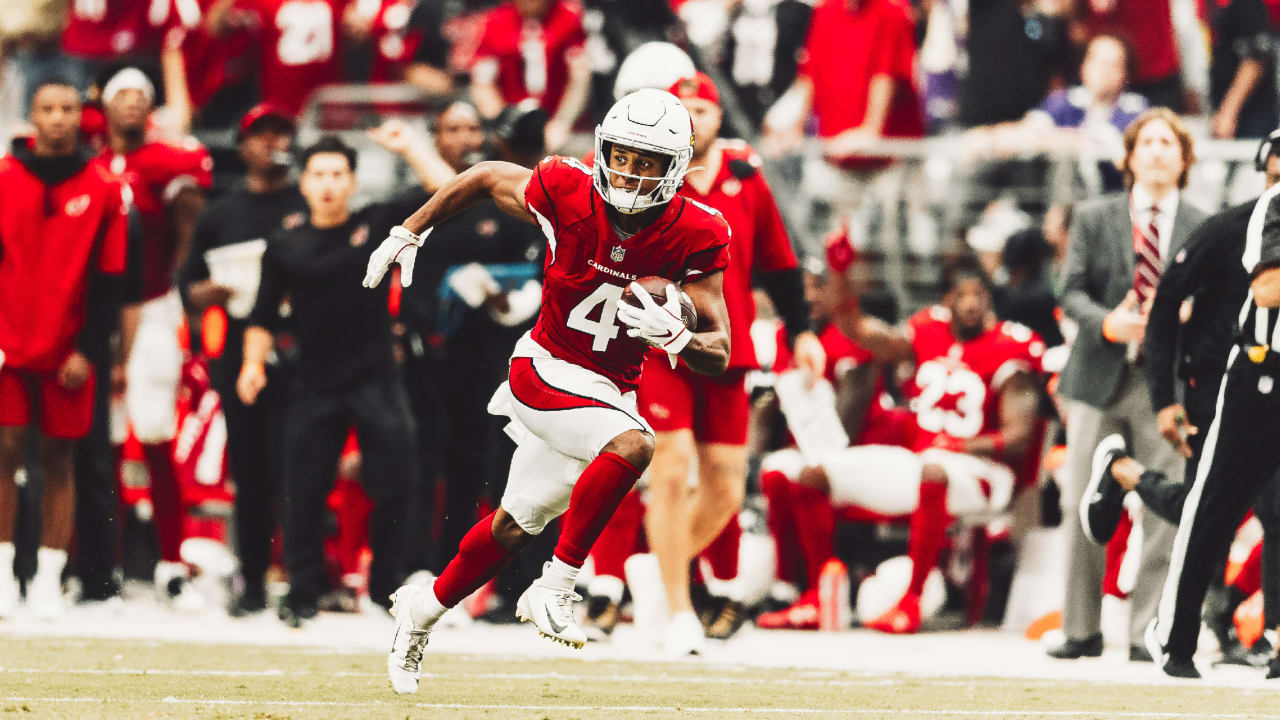 The Cardinals’ offense, despite some late season struggles, still finished the season in the top 10 in total offense (373.6) and points scored (26.4). The unit also provided a bunch of highlight-worthy, memorable plays over the season, peppered heavily with quarterback Kyler Murray and rookie wide receiver Rondale Moore . Here’s a look at the top six offensive plays of the 2021 season, as voted on by azcardinals.com staff.

The situation: The Cardinals had a third-and-2 at the Chicago 23-yard line, leading 14-7 with 5:50 left in the second quarter.

The play: Murray signaled for Moore to shift to the other side of the field before receiving the snap from Rodney Hudson. He then threw a short pass to Conner, who caught it one-handed while pirouetting before scoring the touchdown.