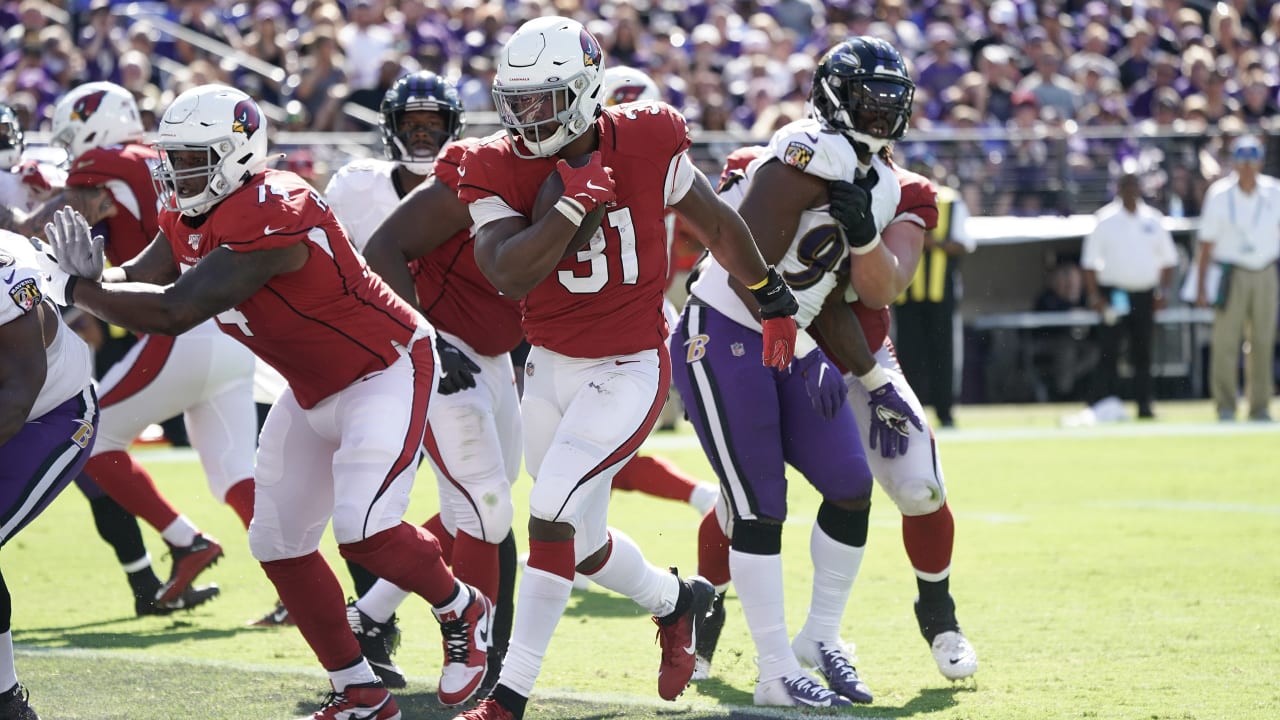 The Cardinals have two touchdowns and six field goals in the red zone this season.

“I have to do a good job of not wasting plays when you’re in the red zone,” Kingsbury added. “You’ve got to make every play count, have a purpose for every play.”

It was a quiet Johnson in the locker room after the game, saying it was up the Kingsbury to make the decisions to run in the red zone. As far as the overall running game, Johnson said Sunday’s situations often dictated passing – and sometimes, Johnson’s own errors played into it.

Kingsbury said he doesn’t know if there is any difference in the way Johnson is playing compared to his big season in 2016, although the coach noted “we haven’t gotten him in a rhythm.”

“We’ve got to get him going early and into the game more,” Kingsbury added.

It isn’t as if the Cardinals offense has been bad, certainly not to the extent of last season. They’ve scored on 8-of-15 possessions since starting the fourth quarter of Week 1 (after the initial three terrible quarters). They have been moving the ball.

There was always going to be a work-in-progress feel to this year. There were times Sunday, in the red zone and otherwise, when that showed up.

“I’m going to get adjusted to the NFL game the entire season as well,” Kingsbury said. “Rookie quarterback (and) this is the first time I’m calling plays in the league, so I have to wrap my mind around that, finding matchups and finding concepts that work.”